This weekend, the biannual London MCM Expo is running at the Excel. Their website is as always completely useless for anything beyond buying tickets, but its obscure sister site MCM Buzz has finally updated with the event information. I'm going to compile it all here too as using their websites stresses me out. As a visitor, I've never understood why they make it so difficult to pull all of the information together. If they have two full websites for the event already, why can you only get to see the schedule by signing up to Facebook?!

The guest list is quite disappointing this time around. There are a handful of interesting ones: Peter F. Hamilton will be in attendance (I know a certain science fiction fan who greatly appreciates his work) as will Hattie Hayridge (the female Holly from Red Dwarf). Forel and Mormont from Game Of Thrones will be there on the Saturday too, with Pycelle replacing them both on the Sunday. For anime fans, the only attendee of interest is Urotsukidoji creator Maeda Toshio, who isn't actually down as a guest but rather an exhibitor - he'll be selling artwork as Tentacle Master. I'm not a fan of his work but I might take some time to visit his booth to see the illustrations and judge for myself; it's good to see a reasonably big name getting personally involved. There is a typical selection of miscellaneous American dub actors too (none of whom I have heard of before). EDIT: Apparently the chap signing things at the Manga UK stand voiced Tokugawa Ieyasu in the Sengoku Basara 3 dub. While the dub was absolutely terrible overall, his was definitely one of the better efforts, so maybe we'll swing by creepily at some point and offer to unite and form a bond with him.

Because forcing guests to sign up to Facebook to view basic information is outrageous, here is the full event schedule for the weekend: 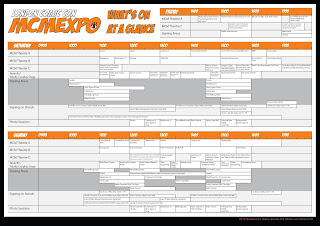 And here is the floor map. Most of the merchandise stands peddle awful bootleg products, but I'll definitely be visiting Koei-Tecmo and some of the other reputable commercial booths. There are some strange new exhibitors this time from CEX to the BBC so it should be interesting. 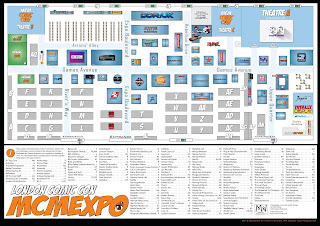