I've been away for two days so this is a rather belated general news bulletin as I catch up on all of my Twitter and website info.

Yesterday's new Sengoku Basara 4 Sumeragi video was (Approximately) 10-second Theatre: Dojo Challenge. More specifically, it's a type of challenge often shown in martial arts stories where someone enters a dojo and defeats the members before taking or destroying the dojo's sign board as the ultimate show of power.


Naotora is clearly shown to be the one attacking the Takeda dojo. We'll get another new video on Monday morning. If you've missed a video, there's an official playlist with all of them here.

Capcom's Sengoku Basara 4 Sumeragi website updated on Friday and the character profiles for several characters were added. These have caused a lot of amusement due to the silly descriptions. There are also a few pictures and voice samples (Masamune's quote has a small spelling mistake, which a number of Japanese fans have pointed out).

There was a special event today in Japan for 100 fans selected by lottery, giving them a hands-on preview of the game and a stage presentation with producer KobaP. Dengeki posted a couple of articles about it. The rules against taking photographs and videos of the footage seem to have been enforced less strictly than usual so there are a lot of fan reports from the people lucky enough to attend. Here are a few points I personally found interesting.
As well as all of the text reports, an official clip of footage from the event has been posted on YouTube. The Q&A was a lot longer in the video clip.


There are more interesting points of note in the video. Musashi appears in a new (Approximately) 10-second Theatre: Pursuer, Miyamoto Musashi at around 22:29.

They start showing previously-unseen Tenka Medal costumes at 24:20, including Shinsengumi-style Kingo and Mitsuhide (who is still wearing Tenkai's mask for some reason). 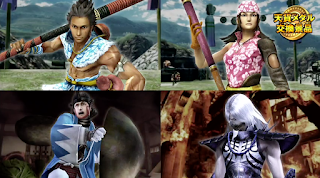 The confirmed costumes continue - I like golden Yoshitsugu and I really like Magoichi's new look, even if it does seem to resemble a maid outfit. 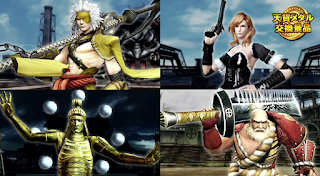 Another new video played at around 29:05, this time showing off the first three sets of tie-in costumes with short gameplay clips. This is the video which was shown to fans at the in-store demo events a while back. It's taken a long time to become public! I like how they showed Ieyasu on a boat as a tribute to the famous HOT LIMIT music video. 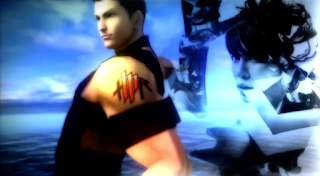 It's missing from the official footage but the game's opening sequence was also shown at the event (and a couple of the play testers let their game play it again so they could take pictures). Most of it has found its way online now, and if you want spoiler pictures you can check these tweets. One fan even took a low quality video in two parts (thank you to alica for the alert).

Two new 31L Sengoku Basara carry cases will be joining the Masamune one released some time ago. The Mitsunari and Yukimura designs will each cost ¥30,000 before tax, and the planned release date is 24th September 2015. 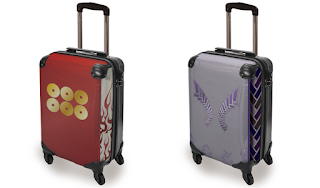