A very quick update today as I want to devote more time to updating my reference guide for the game and responding to all the comments. I added all of the recent data to the reference guide last night and tidied it up a little but the character profiles still need some work!

A tweet from the official Sengoku Basara account has finally confirmed the details of that last mysterious element-changing weapon spotted in an early trailer.

A DLC code for Shibata Katsuie's dark-elemental 'Neckchopper' weapon will be included in the October 2015 issue of V-Jump magazine, which goes on sale on 21st August 2015. It's the first issue of V-Jump to be released after Sengoku Basara 4 Sumeragi, hence the long gap between the game's release date and the availability of the code. 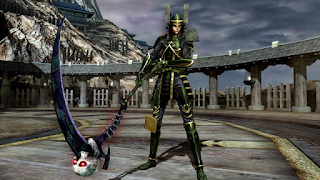 The summary of all of the magazine-specific DLC announced so far is as follows:


If you want to buy the magazines, you can buy the physical editions at Amazon Japan and other good bookstores. Here are the links for the correct issues of Weekly Famitsu and Dengeki PlayStation; V-Jump isn't up on the site yet but should be added soon. CD Japan is also able to supply all three magazines. 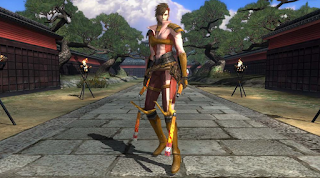 Weekly Famitsu and Dengeki PlayStation can also both be ordered digitally through Bookwalker if you want to save on delivery costs or live in a country which cannot order from Japanese bookstores. Bookwalker can accept payments from non-Japanese PayPal accounts. 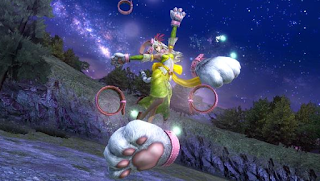