The two-hour celebratory stream starts at 20:00 Japan time, and it's just been announced that Noto Mamiko (Oichi) will be appearing as a surprise guest. Sadly I can't watch it live due to work but I'll be catching up later in the evening! The link is here.

I hope everyone is well and able to celebrate this milestone for the series, whether they're an older fan or someone just discovering Sengoku Basara for the first time. It's wonderful seeing how warm and enthusiastic everyone is about this crazy series!


I'll post again this evening but I didn't want to miss the chance to mention the official anniversary before it's over. There are a few small updates from the last couple of days...

The usual posters for this year's Masamune-kou Matsuri have also been spotted around Miyagi Prefecture. The festival is using the CG artwork from the Sengoku Basara 4 special edition this year. 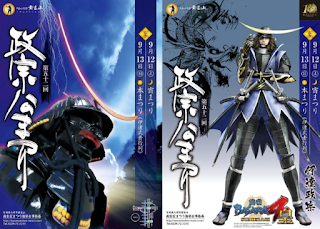 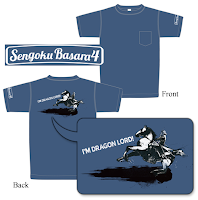 I didn't blog about yesterday's NGC gameplay stream because I was too busy, and because the game's release date feels so close now that I'm getting excited about playing it for myself. The first demonstration was a great showcase for Matsu and Toshiie fans, then Yukimura and Masamune got together to tear through the Eastern Army's version of Sekigahara for old time's sake. OneSanitarium has put together a selection of highlights for the benefit of those who missed the broadcast.

I can't believe that Sengoku Basara 4 Sumeragi will be available so soon... 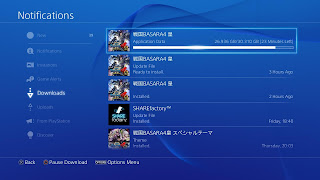