The first listings have started to appear for the standard and Hyakka Ryouran Tamatebako versions of Sengoku Basara 4 outside of Amazon and e-Capcom. Here's a list of the places I've found selling it so far - you can see a description of all of the versions in detail here but I'll recap to keep it all in one place.

Please note that there are likely to be store-exclusive bonuses which have yet to be revealed. These will likely be very minor things; hopefully Capcom will post more information soon as there's no guarantee they'll be shipped outside Japan.

Note (24/10/2013): I have now posted an updated list so please use that instead for the latest information! 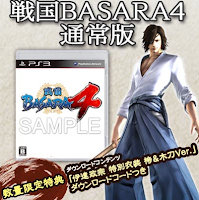 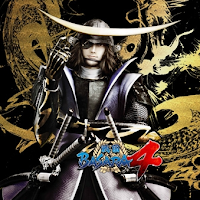 
It looks as though we might have been right about the different stage selection animations as the cut from the beginning implies not everyone rides a horse. Matabee sounds cool in action and Masamune's flight is better than I imagined from the descriptions. 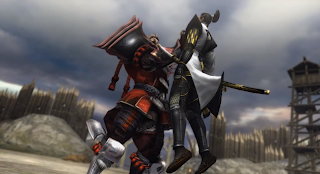 Nagamasa looks so cool cradling Oichi in front of Katsuie. I'm excited, even though we don't know if he will appear in the actual game (rather than just a cutscene) yet. 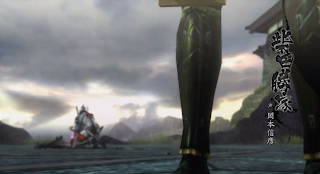 Keiji's glove and back definitely make appearances too, as does Yoshitsugu's mikoshi.

Capcom have since updated the official website with a 'Count ZERO' version of the video including a preview of T.M.Revolution's new theme song.

The cute Sengoku Basara range of gotouchi netsuke ('regional speciality charms') is set to expand with another set being released at the end of October 2013. The new charms cost ¥578 each and rather than sticking strictly to regional dishes, this time there are famous local sites and festivals incorporated in the theme. There's the Tanabata festival for Date Masamune (Touhoku region), Shinshuu soba for Sanada Yukimura (Shinshuu region), Kaminarimon for Tokugawa Ieyasu (Kantou region), Himeji castle for Kuroda Kanbee (Kansai region), Mentaiko (fish roe) for Kuroda Kanbee (Kyuushuu region) and Osaka castle for Toyotomi Hideyoshi (Kansai region).

Strangely, Kanbee appears twice even though he's rarely included on merchandise, which makes me feel we'll be seeing more of him in the near future. The designs are cute, and you can see the older charms in this previous post.

Play Asia TV uploaded a short video to YouTube which has an English-speaking presenter and a little Naotora gameplay.


And someone seems to have uploaded the Matabee gameplay from the stage presentation.


Meanwhile, one fan has played with the Miku Miku Dance software to create 'The One-Eyed Dragon King flees from Matabee at full power!'...