I was beginning to think this short clip reel was never going to turn up! It's titled Sengoku Basara 4 Promotional Footage TGS Digest. 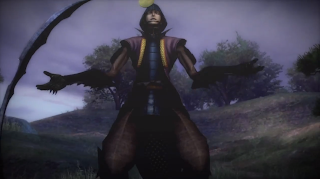 The quality is pretty bad unless you switch to 720P mode and even then it's not the greatest at times (direct link to the video).


The clips are mostly recut from scenes we've already been shown, but there are a few new pieces of information to be found. Tosaku has already translated some of the new lines of dialogue so I'll just add the encounters which are briefly listed on the march screen, apparently taking place after the second battle:

I hadn't been paying close attention to the stage selection screen in the trailers previously. Izumo: Shiraga Castle is Shikanosuke's stage, Mikawa: Komaki-Nagakute is Ieyasu's and Tootoumi: Iinoya Castle is Naotora's. The Sakon/Katsuie stage they've shown off in previous videos is Echizen: Kitanoshou Castle. 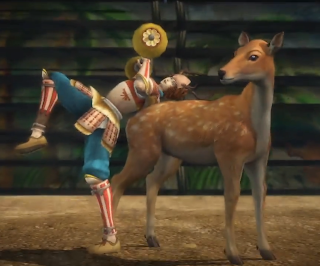 T.M.Revolution is giving his Geisha Boy -Anime Song Experience- compilation album a wider release in Japan after it first appeared at Otakon earlier this year. Fans around the world can buy the CD on iTunes, but a tweet from the staff has provided a glimpse of the special bonus in the first press limited edition: six original anime art cards featuring Rurouni Kenshin -Meiji Kenkaku Romantan-, Kidou Senshi Gundam Seed/Gundam Seed Destiny, Soul Eater, Sengoku Basara, Bleach and Kakumeiki Valvrave. I think I already have all of the songs on the CD... 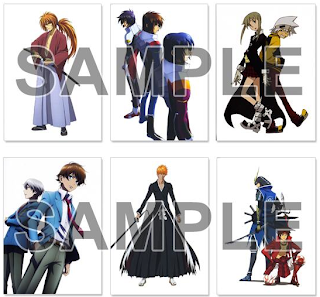 It's a week of many Sengoku Basara releases

Even though there's not much news about the new game - aside from all of the trailers, of course - fans in Japan have been out picking up the new volume of Dengeki Maoh with its cute Mame Sengoku Basara clear file (pictured), Capbon magazine, the Capcom 30th Anniversary Best CD set, the Burari, Bushou Futaritabi ~Kyouto Hen~ travel CD, the first Showgeki Basara Talk! CD and the latest manga spin-offs: Mame Sengoku Basara vol. 4 and Gakuen Basara vol. 6. And that's not even including all of the Sengoku Basara 4 merchandise which comes out at the start of next week!

In addition, promotion for the upcoming Butai Sengoku Basara 3 Utage Two: Kyouou Tanjou x Shinen No Utage ('The Birth Of The Dark King x Feast Of The Abyss') stage play has been gearing up with the announcement that the final performance will be streamed in selected cinemas in Japan again this time.

Next week, the new official fan club will start accepting applications and we'll hopefully get our next round of character announcements for Sengoku Basara 4. I'm looking forward to a much-needed peaceful weekend in between trying to keep up with all of the recent excitement!
at 8:44:00 pm