This should rightfully be called 'yesterday's acquisitions' but I was too tired to post them after the event. Especially as my friends and I spent the evening watching a bunch of fantastic movies, namely Tiger & Bunny: The Rising, Puella Magi Madoka Magica: Rebellion and Kotonoha No Niwa (Garden Of Words) before my weekly Sengoku Basara: Judge End session. It was a great day.

First up, CDs, DVDs and Blu-ray discs. I collected the US versions of Cat's Eye Season one, Hetalia: The Beautiful World, Aquarion Evol Part 2, Anohana: The Movie, The Devil Is A Part Timer! (Hataraku Maou-sama) and Amnesia. The Amnesia set came with two copies of the first disc since the original pressing had a rather embarrassing production error. I feel a little bad buying the standard Blu-ray version of the Anohana movie instead of the gorgeous special edition, but as it's mostly a recap and I don't know whether the music is any good it seemed prudent to save money.

There's one Japanese import Blu-ray set in this picture and it's Tiger & Bunny: The Rising, which is the second film in the series. The first press edition of the movie comes with two bonus discs all housed in a gorgeous chipboard box to match the first one.

The final item in this picture is Exit Tunes presents ACTORS, a CD collecting famous Vocaloid songs covered by male seiyuu such as Hoshi Souichirou, Okiayu Ryoutarou and Eguchi Takuya. How could I resist? 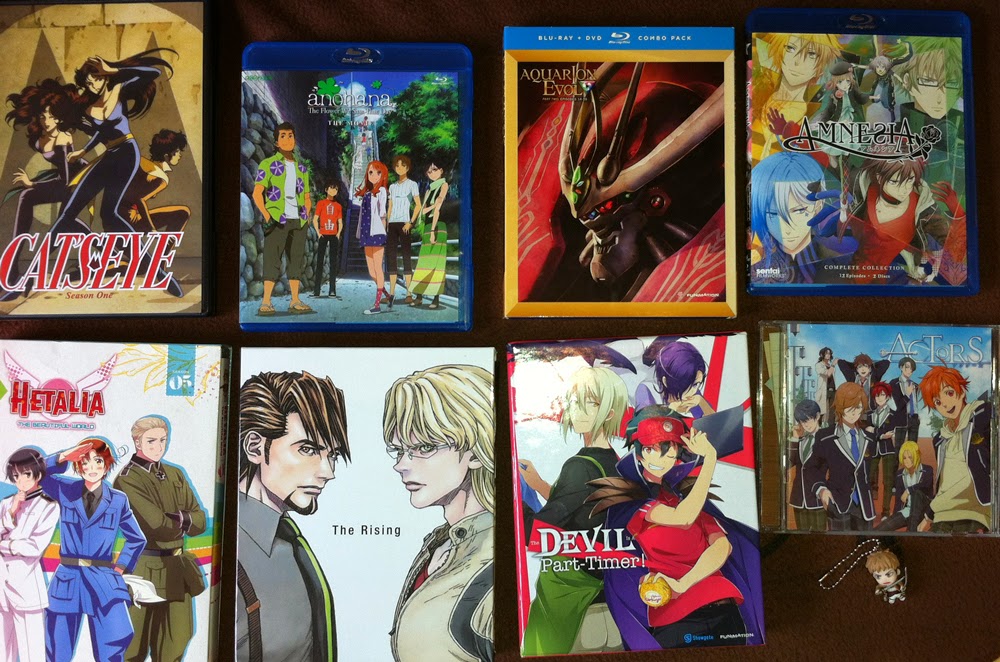 I picked up the second half of the Pretty Guardian Sailor Moon manga (the new release of Bishoujo Senshi Sailor Moon) from Kodansha's stand at Hyper Japan, and Shiina Ringo's Toutaikai: Heisei 25-Nen Kamiyamachou Taikai Blu-ray/CD set arrived by post. At the bottom of this picture is a slightly better look at the free Jean Kirstein (Shingeki No Kyojin) charm I received with my last Yesasia order. 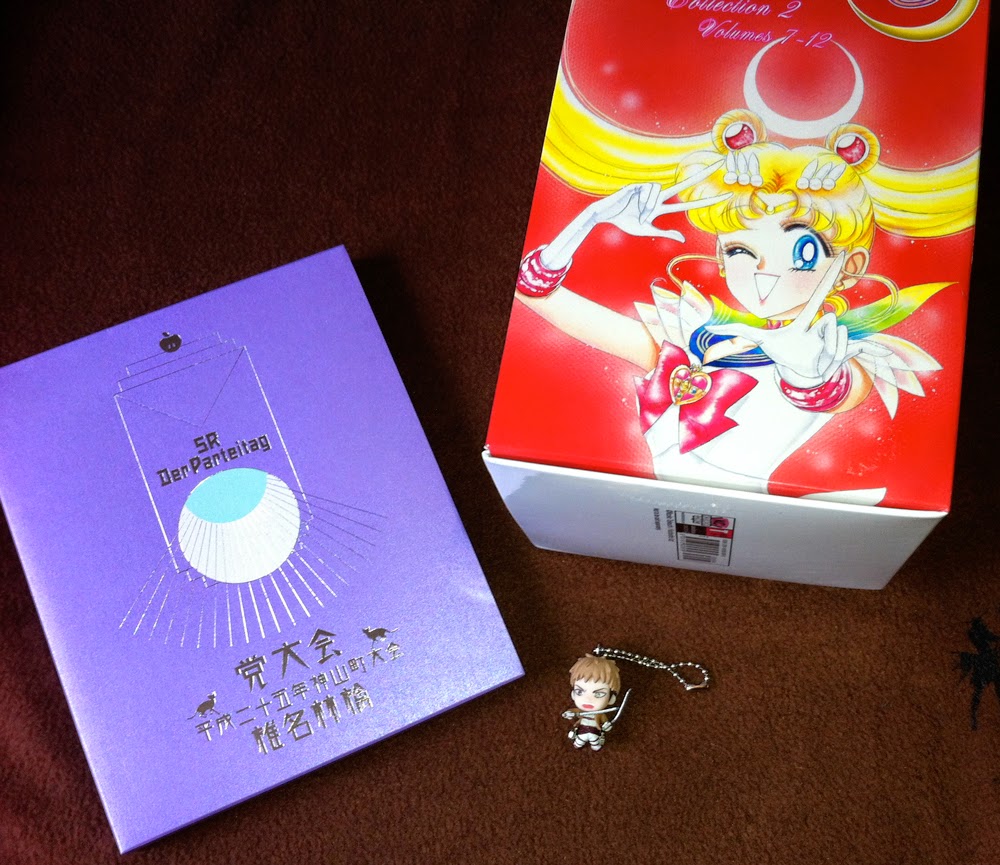 The last picture has a story behind it. My friend recently went to Japan on holiday so I asked him to enter Animate's in-store Diabolik Lovers Ani-Kuji lottery if he had enough time - I wanted to obtain the two exclusive drama CDs. Well, yesterday he produced all of the prizes he won for me. Not only did he get both CDs (amusingly titled Teddy in the pool and Bath bubble panic), he also won three large tin badges (Ayato, Kanato and Reiji), an Ayato bath poster and two sets of scented bath salts (Ayato, Kanato). Wow! There are a couple of duplicate items which I might give away someday.

The same friend then surprised me with a few extra Sengoku Basara goodies as well. The silly Date Masamune wall sticker is going to be stuck above my monitors shortly, and the Mame Sengoku Basara memo stand charm set is super-cute. I'm so lucky... 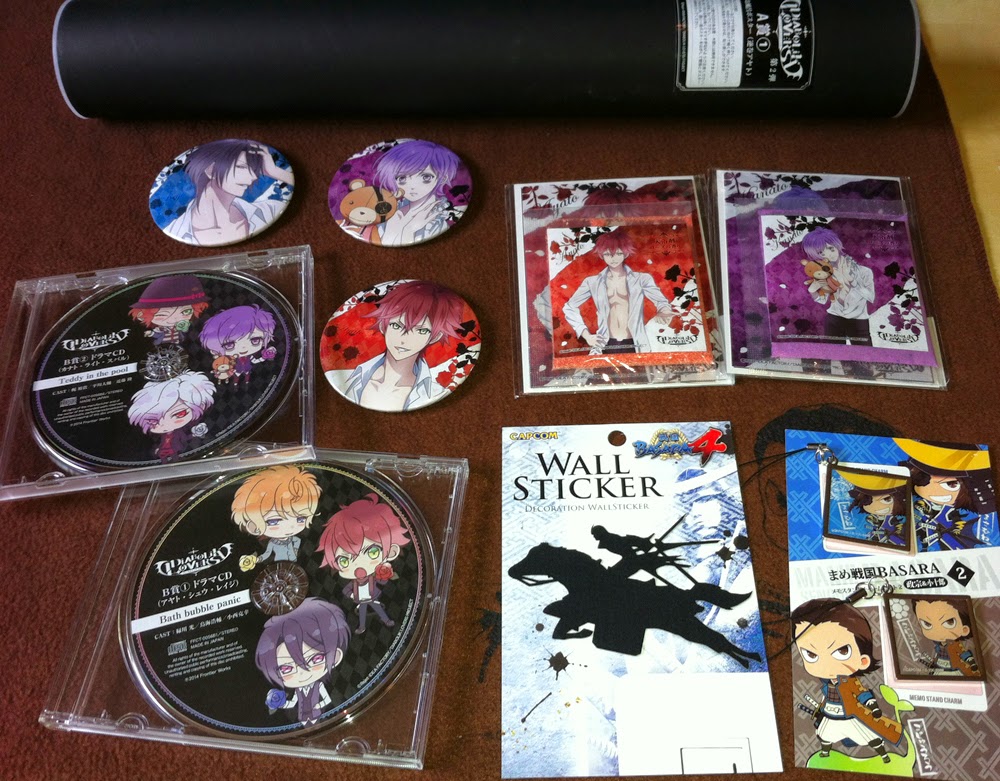