Today's update is a quick one to highlight a few official website updates that took place this morning. I also want to note that I added a few clarifications/corrections in my write-ups for the first and second days of the Nico Nico Choukaigi 2015 event after posting them, since I rewatched some of the streams.

The official version of the new video is now available so it can be watched without any risk that it might be taken down unexpectedly.


Just realised that Ishikawa even talks about the morning glory flowers in the lyrics. It's such a beautiful song...

Fujiya's Country Ma'am chocolate chip cookies received a news bulletin all of their own on the official Sengoku Basara news portal. It seems that there are six different designs available for the wrappers inside the box. 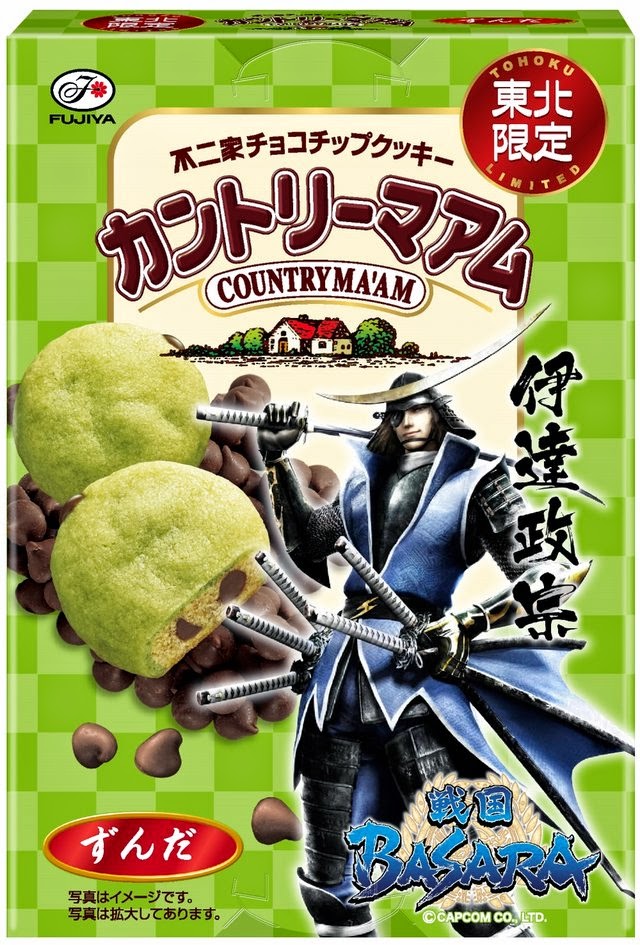 The special edition boxes will be available in souvenir shops across the Touhoku area from mid-May 2015. Each pack will contain eight biscuits and cost ¥363 before tax.

For those who aren't aware, Masamune is closely associated with the Touhoku area and bright green zunda (soybean paste) is one of the region's most well-known flavours. This tie-in is being heralded as part of the ongoing campaign to promote local history for the series' tenth anniversary.

The game's official website updated too, as did the Sengoku Basara 10th Anniversary site. I haven't spotted any more new reveals yet so it's likely this Thursday's Weekly Famitsu will bring us the next round of updates.
at 10:44:00 pm