If you were planning on checking out Capcom's official live broadcasts from the event there are just a few hours left until they begin!

The schedule and streaming links for the two simultaneous broadcasts are as follows:

You can see the full schedule for the first channel here. They're promising to broadcast the newest trailer for Sengoku Basara 4 Sumeragi in the first segment shortly after 10:15am (Japan time) so don't miss out!

Even if the timing isn't convenient (which I expect applies to most people in Europe, let alone those who will be working during the broadcast), you can still register for the 'timeshift' version and watch it later in the day. You don't need to pay for a premium Nico Nico account to watch the stream or reserve a timeshift viewing.

Hints of another new stage for Sengoku Basara 4 Sumeragi

A few more sites have been posting their gameplay impressions for the three new characters ahead of the demonstrations at the Nico Nico Choukaigi event and both 4Gamer and Game Watch seem to have a few high quality screenshots I hadn't seen before, like this one. 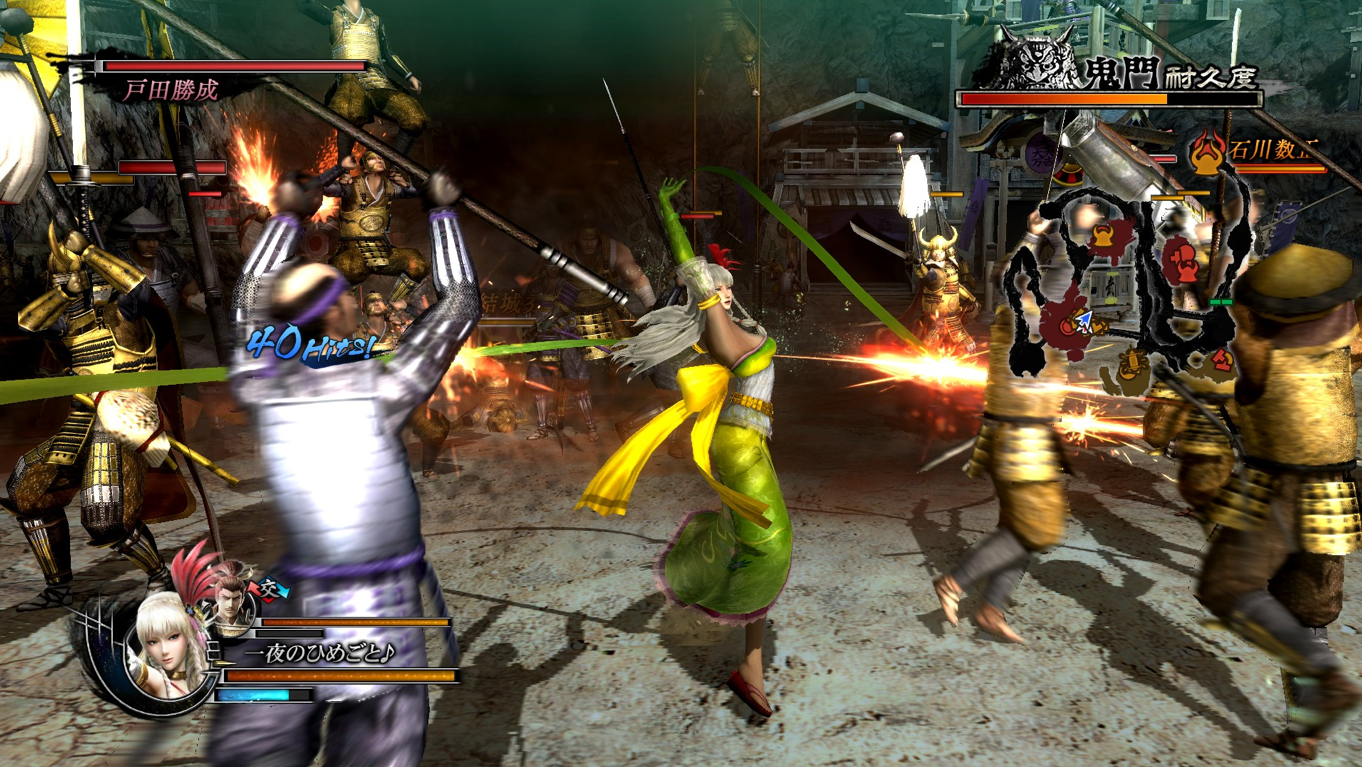 The bar in the top right says 'Demon Gate Durability' and presumably refers to a new stage gimmick for this intrusion battle. The minimap also shows an interesting-looking silhouette near the bottom.

Maria's super move is called Ichiya No Himegoto♪ ('One Night Secret♪'). I guess we'll get her full move list in the next Weekly Famitsu to complete the profiles for the three newcomers.

I reported before that Capcom would have a presence at the Tennouji Sanada Yukimura Fair "Akazonae No Shou" on 10th May 2015 and now they've officially confirmed the details. There will be a Sengoku Basara 4 Sumeragi booth showing promotional videos for the game and popular mascot character Yukimura-kun will be in attendance to charm the fans.

The ever-popular Yukimura tofu from Otokomae Tofu is back, too! It will be available at the event with a slight change to its exclusive packaging to incorporate the new game's logo. As before, the ¥300 set includes tofu, tsuyu sauce, an egg and seaweed. 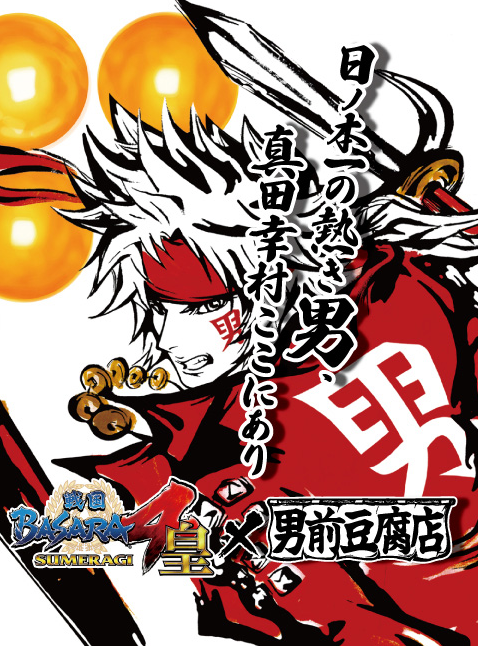 That's not all, though; on the weekend of 16th May 2015 both Masamune-kun and Yukimura-kun will be in attendance at the Osaka No Jin Gassen Matsuri ('Siege Of Osaka Battle Festival') to promote the new game. They'll be playing the newest Sumeragi trailer right in the heart of Osaka Castle's grounds.

(Raindrops' note: The website for the festival is gratuitously awesome.)

Please note that there won't be any playable demos of the game at these events. Both are free to enter so anyone who happens to be in the Osaka area can visit and enjoy the atmosphere.