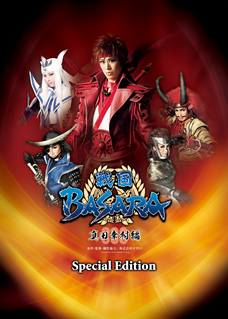 KobaP is over in the US at the moment for the E3 event, making it unlikely we're going to get much Sengoku Basara news from Japan for the rest of the week (unless he announces something very surprising there for the western audience, which is doubtful).

Fortunately the fans back in Japan have something else to look forward to in the Takarazuka Revue's upcoming musical, finally due to debut on Saturday to a sellout audience. It's being staged by the Takarazuka's Hanagumi troupe between 15th June 2013 until 1st July 2013 at Shibuya's Tokyu Theatre Orb.

I realised that the reason I haven't seen much information about it is that the updates have been circulating in Takarazuka fan channels rather than Sengoku Basara ones, so I've done some digging and put together a full spread of what we know so far.

As a reminder, the official title of the musical is Sengoku Basara -Sanada Yukimura-hen-. Script and direction duties are being handled by Suzuki Kei (under the supervision of Capcom) and we now have a full cast list. Fans of the games might be surprised at the list of named characters - I've translated it all after the jump!

If any of the actresses usually romanise their name a different way, I apologise. I'm not an expert on the Takarazuka Revue.

The list of characters is very interesting with several historical figures who have only ever appeared in the Sengoku Basara series as unplayable minor characters. Sanada Masayuki was the real Yukimura's father, Yamamoto Kansuke was a famous Takeda warrior and Usami Sadamitsu belonged to the Uesugi forces, so they're all accounted for in that respect. We already know that Inori is an original character and Yukimura's childhood friend of some kind, but Yume is a mystery. Likewise, Kosuke could be a completely original character... but more likely, he'll have some direct interaction with Yukimura and be inspired by Anayama Kosuke, who was said to be one of the Sanada Ten Braves.

The Sengoku Basara characters who have been selected all make sense, and most of them deserve more time in the spotlight. Other than that, the only name in the list which is out of place is Date Masamune. I'm not expecting him to have much of a role since Kawanakajima is definitely the focus here; perhaps he'll be showing up as a minor antagonist or towards the end. While I know that a lot of people in the west dislike Masamune for his popularity, I'm glad he's not completely absent. It would be weird.

Edit 15/06/13: According to a Takarazuka fan in the comments section, it's likely that Masamune is the main antagonist in the play due to the significance of the actress who has been selected to play him. I'm glad to hear Yukimura should get to spend plenty of time clashing with his rival!

The Le Cinq Special Edition: Hanagumi Performance Sengoku Basara mook I mentioned before isn't the only piece of merchandise that fans can get their hands on. Takarazuka's Quatre Rêves online store has details of some other limited edition goodies which attendees can pick up. 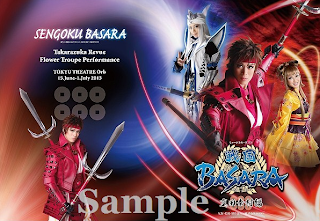 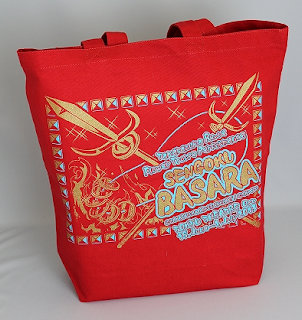 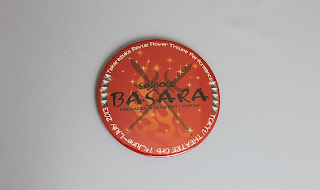 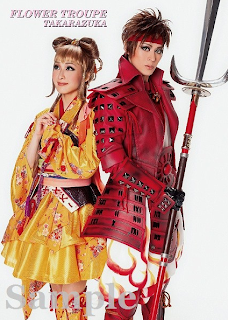 Collectable card of the pamphlet design (¥164) 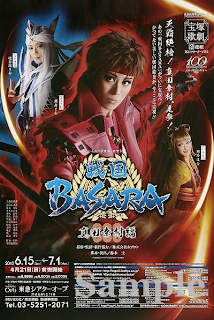 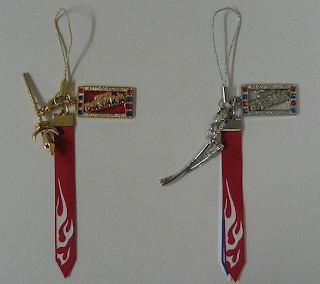 There's also a preview of another poster (pictured at the top of this post) which shows Date Masamune, Sarutobi Sasuke and Takeda Shingen in their Takarazuka forms - so long as you squint.

All I'm planning on picking up is the eventual DVD release; until that time comes I'm hoping we'll be able to enjoy some official event reports from the venue once the performances have begun!
at 8:25:00 pm