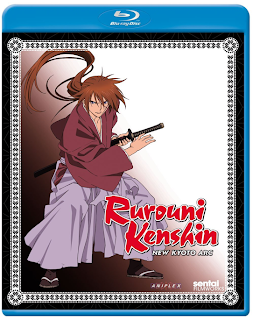 Rurouni Kenshin: New Kyoto Arc is a remake of the most popular 35-episode storyline from the original television adaptation, created as part of the celebrations for the 15th anniversary of the anime series.

The fact that the producers decided to tell such a long story over the course of two 45-minute OAV episodes is cause for concern right from the outset. The original television version was a shounen fighting manga adaptation, and as such it contained some filler and repetition, certainly. However, the Kyoto story was a long one for a reason. The impact of Kenshin's journey is completely destroyed by condensing the journey to fit within such a short run time.

Newcomers can be forgiven for having no sense of the passing of time or distance as they watch this OAV series; it's little more than a high speed recap of the story, stitching together the most important scenes without any of the emotional impact. In addition, characters are introduced at breakneck speed with reliance on the viewer's knowledge of Japanese history or previous experience with the series to fill in the gaps in the story. It's a stark change from the earlier OAVs, which were arguably perfectly watchable even for someone with no prior Rurouni Kenshin exposure.

Perhaps then, it will entertain fans who have watched the series from the beginning? I'm not sure that the New Kyoto Arc succeeds here either. The brisk pace made everything feel disconnected and unimportant, no matter how well the seiyuu acted out each scene. 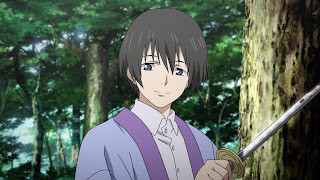 The art style has also been updated, and that's a pity; the Kyoto Arc from the television series had my favourite designs of the entire series. The new artwork is slick but not as memorable as the charming, slightly dated style used previously. It's also different to the sharper style mangaka Watsuki Nobuhiro adopted later on in the manga which would have been an acceptable alternative. The designs are very simple, which in turn makes it seem cheap whenever there's not much action taking place.

My lasting impression is that I don't really understand why this OAV was made. Most fans have been clamouring for an anime adaptation of the later chapters of the manga (which remain tantalisingly unexplored). Yet instead of that, they've been offered a shallow remake of what was already one of the most beloved adaptations in shounen manga history. 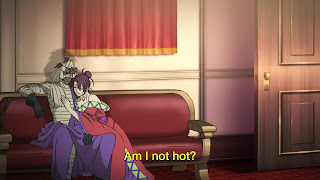 On the positive side, the anime provided a pleasant way to spend an idle evening and seeing certain scenes from Misao's perspective added a fresh twist. Saitou Hajime (now voiced by Narita Ken after the sad passing of Suzuoki Hirotaka) was as cool as ever, now more like a strange Meiji action hero due to the pacing. The first episode also included a raunchy scene between Shishio and Yumi which was unintentionally hilarious, mirroring my feelings about much of the rest of the disc. Rurouni Kenshin: New Kyoto Arc isn't a bad anime. It's merely a pointless anime.

I watched the Blu-ray version subtitled in Japanese. I have no complaints about the translation or subtitling quality; some people dislike the large yellow subtitles but I don't mind them. An English dub is also present on the disc. There are no extras other than a handful of Sentai Filmworks trailers. 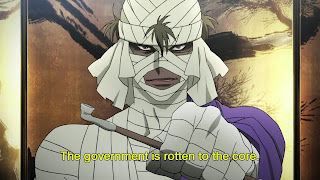 It's always felt unfair that Rurouni Kenshin has never had a proper chance in the UK. The television adaptation was released in the US at a time when long-running series were too much of a risk for the market over here and consequently only the OAVs (and weirdly, the movie) ever received a physical release in this country, back when ADV Films were still active. With all of the previous material now long out of print it remains to be seen whether one of the local licensors will decide to give this new mini-series a release at all. In the meantime, Sentai Filmworks' US edition came out on 5th March 2013 and it can be purchased quite cheaply online as either a DVD or Blu-ray.
at 7:55:00 am