I received a surprise today, in the form of MegaHouse's gorgeous G.E.M. Shiroyasha figure. 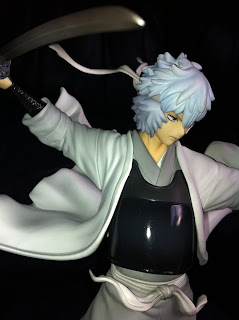 Shiroyasha is Sakata Gintoki's cool nickname from back when he fought in the Joui war in Gintama. This version only appears in flashbacks; the present day Gintoki looks quite different. The current anime arc gave us another brief glimpse and now I have this lovely model of him ready for today's episode! 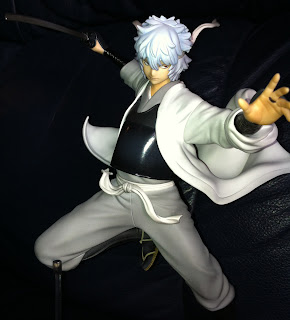 Even though Shiroyasha is a relatively serious character, this is still a Gintama figure. He came with a comedy accessory accordingly - this time a small bust of mangaka Sorachi Hideaki. No matter where I put him, it looks as though he's a zombie rising up from the ground... 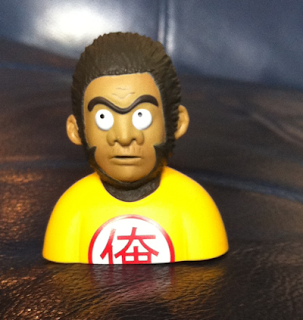