Notes on the most recent Sengoku Basara 4 Sumeragi website update

A super-short update today, as there's not a huge amount of new content. 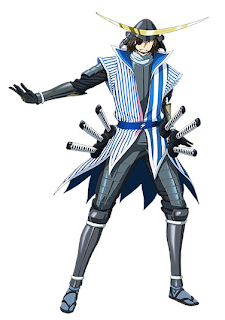 The latest updates for those buying Sengoku Basara 4 Sumeragi

Fans who are planning on picking up the Asian version of the game might want to shop around, as it seems that there are some stores listing the 'early reservation' weapon DLC for PS3 (Play-Asia only lists it for the PS4 edition). In addition, it seems a few places are offering a bonus in the form of one of four Sengoku Basara 10th Anniversary smartphone cases.

I'm afraid that I don't know much Chinese so I can't advise on which stores are offering the game to customers overseas and which are trustworthy, but it's probably worth investigating further if you want those weapons and missed out on the Japanese preorder period.

Speaking of the 'early reservation' DLC, the deadline for registering a Sumeragi ID to qualify for the weapons is this Sunday. Please don't forget to register yours on the website if you preordered the Japanese edition in time!

That's all for now. I'm hoping for a surprise video to appear on the official website tomorrow but that's probably impossible; the next one will probably arrive when I least expect it.
at 10:11:00 pm