What a wonderful time I had yesterday!

It was my final day in Japan, so I headed out bright and early to Bic Camera in Shinjuku, Tokyo to see what was happening with the launch event there. Series producer Kobayashi 'KobaP' Hiroyuki was scheduled to appear at noon for a one-hour signing and handshake event, and people who had bought the game from the shop were also eligible for a raffle with some awesome prizes such as seiyuu autographs and staff jackets.

(I'd originally planned to pick up a standard edition of the game from a local branch of Tsutaya at midnight, so a last minute shuffling of preorders was necessary. A copy of the Hyakka Ryouran Tamatebako special edition is on its way to my home address separately.)

Anyway, after a fun trip on the Yamanote line (which is playing Sengoku Basara 4 commercials on its screens in every train carriage at the moment) I was at Bic Camera when it opened at 10:00am and immediately picked up my copy of the game. Everyone else in the queue seemed to be buying Sengoku Basara 4 as well. 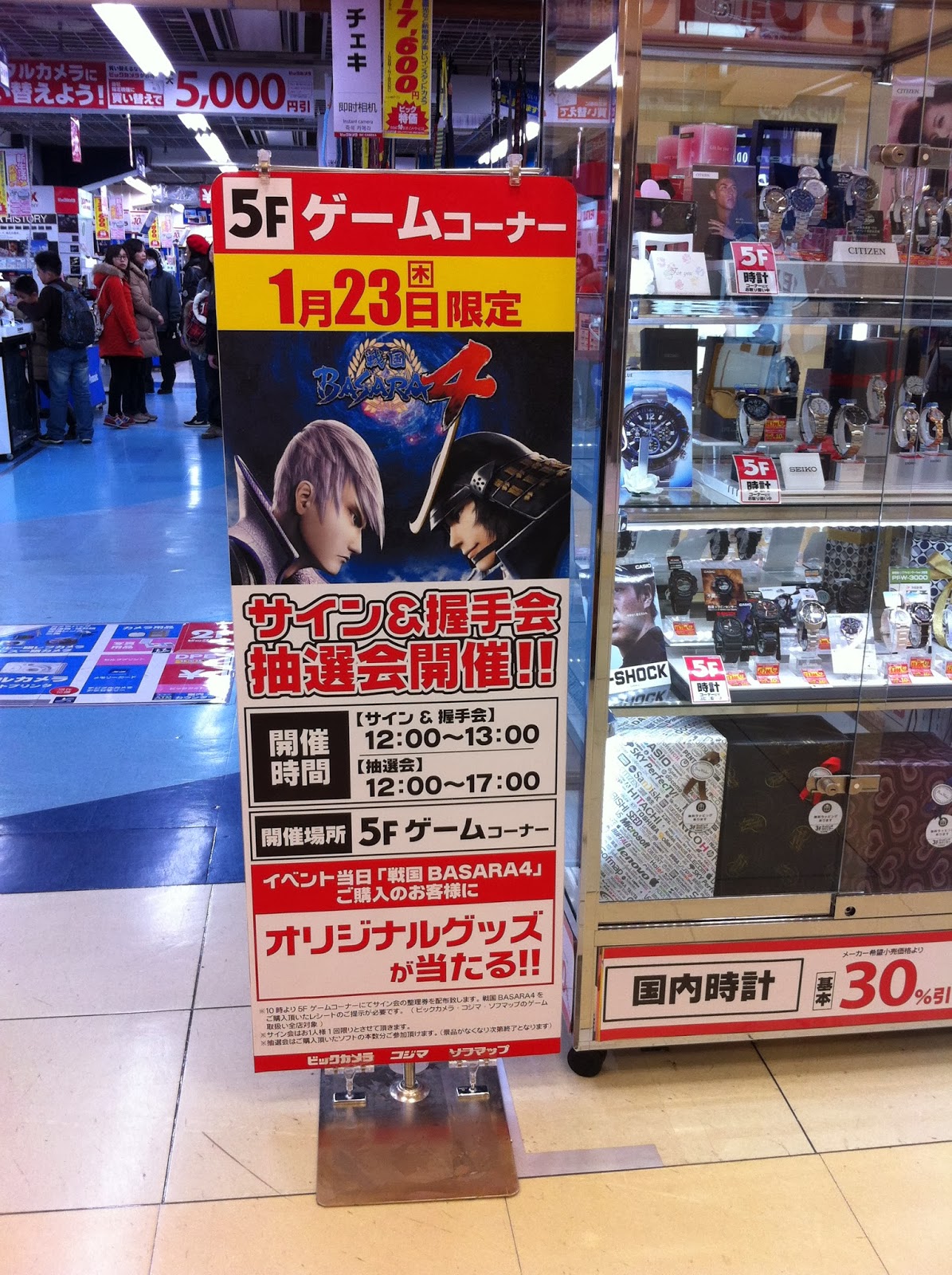 Bic's special preorder bonus was the Shima Sakon cover and DLC code so that's what I received. I'm pretty happy about that; the costume is awesome and I can buy the ones I'm missing later once they're available on PSN.

Once you had purchased the game, you could visit a booth in the centre of the games department and collect a ticket for the launch event.

There was over an hour to kill until the event began so I headed out to the Marui Annex building on the other side of Shinjuku station and popped into the special Capcom shop which is only there for a limited time. 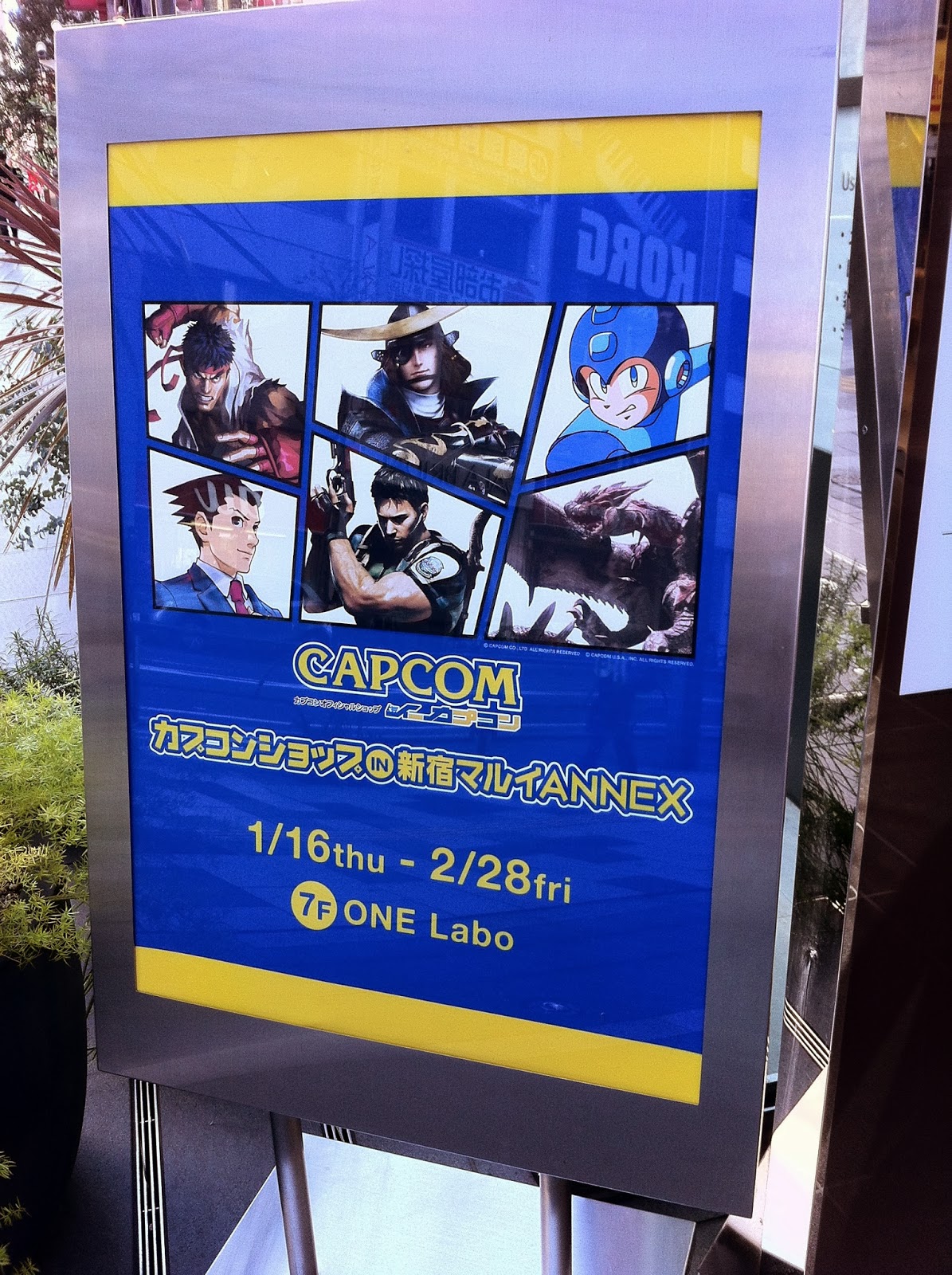 I'd already visited the normal Capcom shop in Odaiba's Aqua City a few days earlier. However, the temporary store was much better stocked with Sengoku Basara 4 goods - I spent some money there and came away with a free Date Masamune sticker and Monster Hunter bag for my collection. If you happen to be in Japan in the next few weeks I'd recommend the Shinjuku store over the usual Odaiba branch! 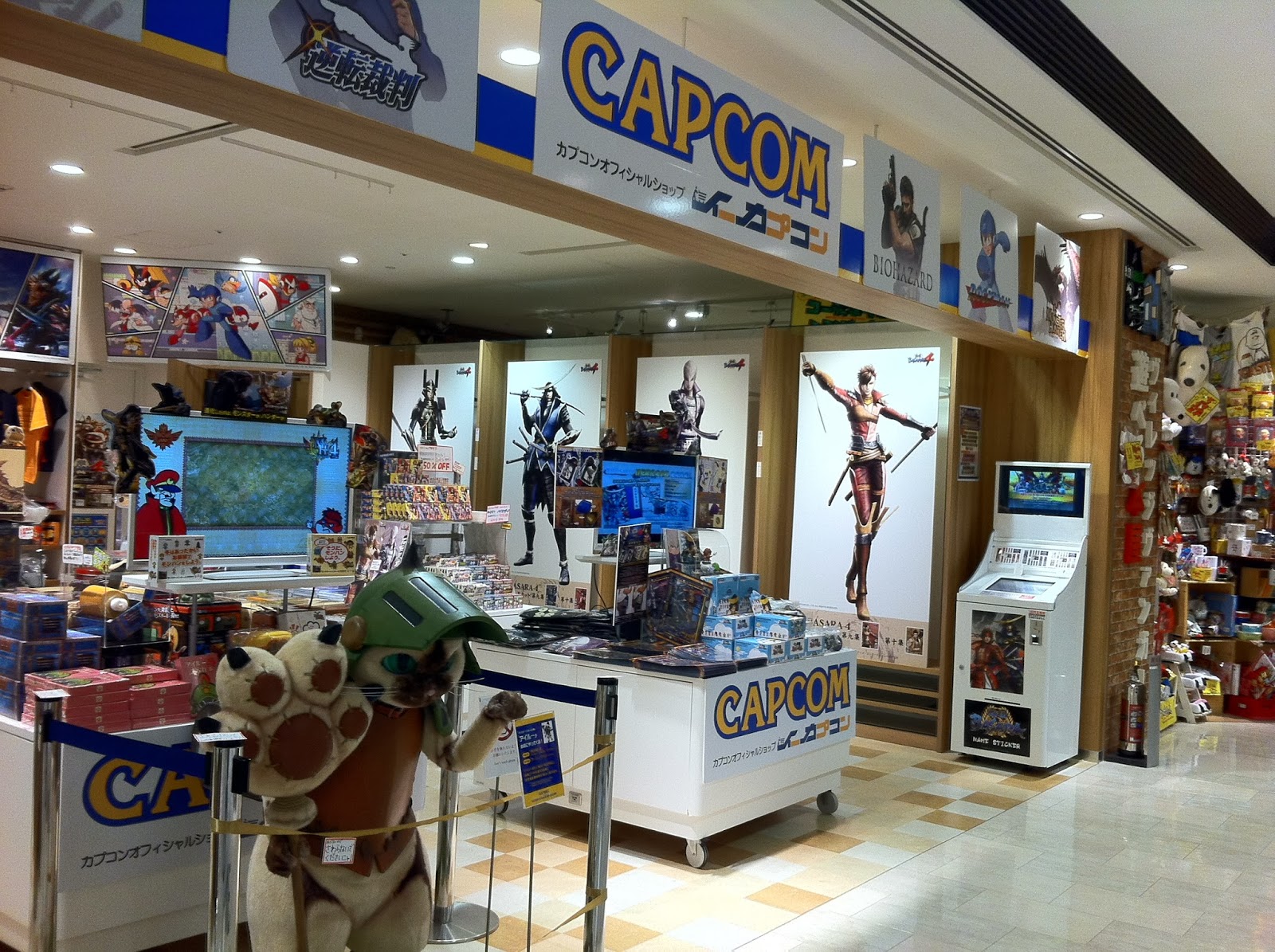 It was then time to head back for the signing. I took my place in the line and after what felt like an eternity the staff assembled everyone in the same order in which they collected their tickets, to ensure that those who bought the game earliest were rewarded. Each person was allowed to present one item to KobaP for signing, and he made conversation to learn about their experiences with the series. The items which people brought were varied; one girl had a huge cloth from the recent Ichiban Kuji lottery which looked quite challenging to sign. One of the books inside the special edition of the game had some white pages which were perfect for an autograph.

There were around 50 people at the midweek event and I'd say that around 15-20 of them were male, which is a lot compared to the usual demographics I see following the series. It was easy to see that everyone else was just as crazy about Sengoku Basara as the hardcore fans in the west; one guy trembled happily as he unwrapped his special edition for KobaP to sign.

When it came to my turn, KobaP surprised me with a friendly "Good morning!" before switching to Japanese. He was much more relaxed than he seems in interviews and on stage, asking me how long I'd been following the series and when I arrived in the country. He said it was a shame the series didn't do so well overseas but I didn't press the matter at all; he could plainly see how passionate foreign fans could be for himself and it seemed churlish to moan on launch day.

KobaP signed my game sleeve twice, both in the usual way and then by writing his name in kanji as a treat since I was from overseas. It was a very funny conversation. Once it was time to leave, he shook my hand warmly and thanked me for buying the game. 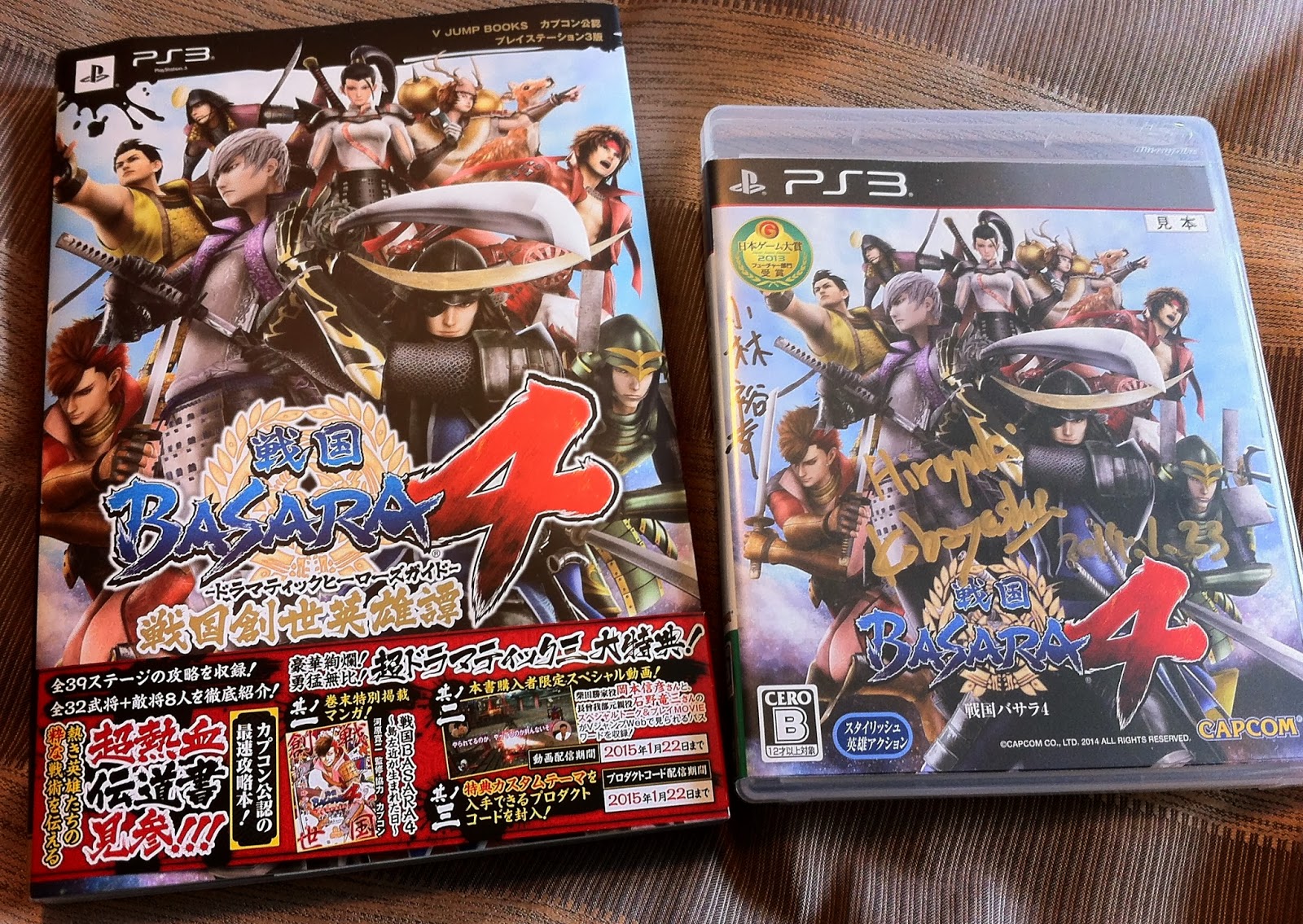 As I left I was permitted to enter the raffle and although I didn't win one of the rarer prizes, it shouldn't be too hard to find a use for a free set of Sengoku Basara 4 badges. 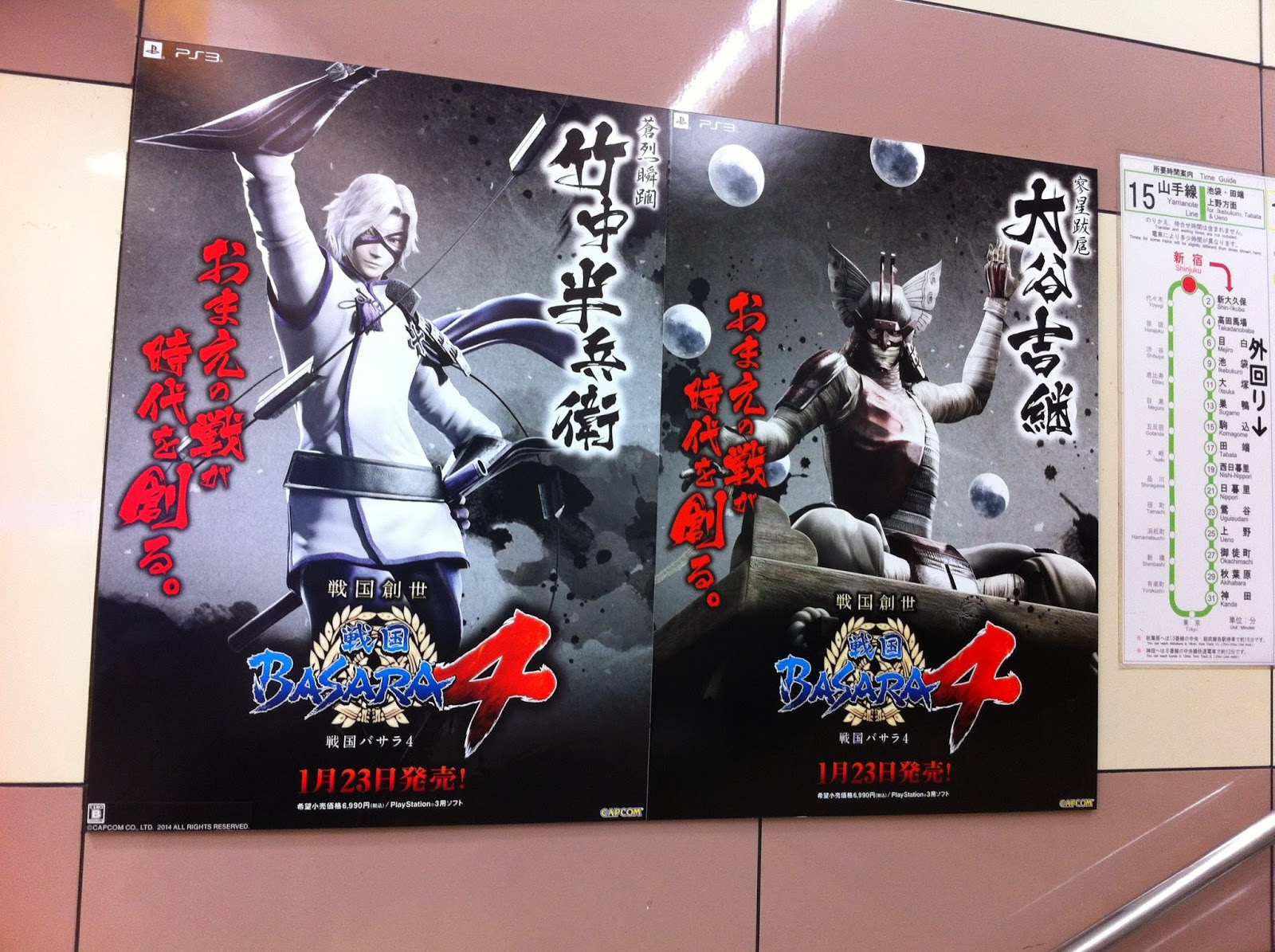 After the signing I was so excited that I had to find some way to settle down before getting on the train, so I walked around Shinjuku station looking for the brand new Sengoku Basara 4 posters which had been set up. It took me a while to work out where they are (they're inside the JR ticket gates) and I'm not sure I found all forty characters as there seemed to be two posters for each warrior, which made it hard to keep track. 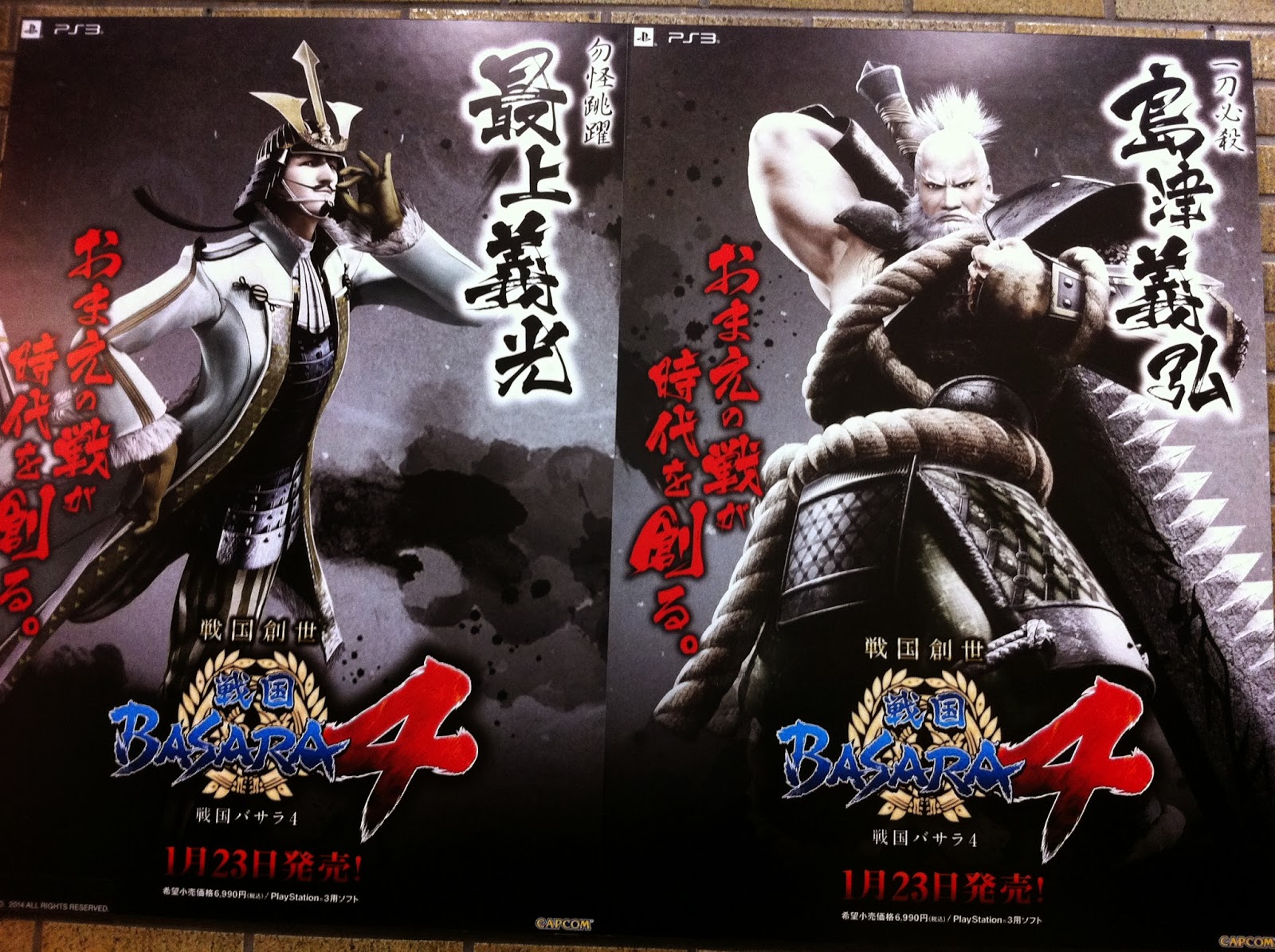 Still, I had a great deal of fun taking photographs of them all - as did a group of giggly girls I ran into on the way. They were trying to take a picture of Muneshige while dodging the Shinjuku station crowds. 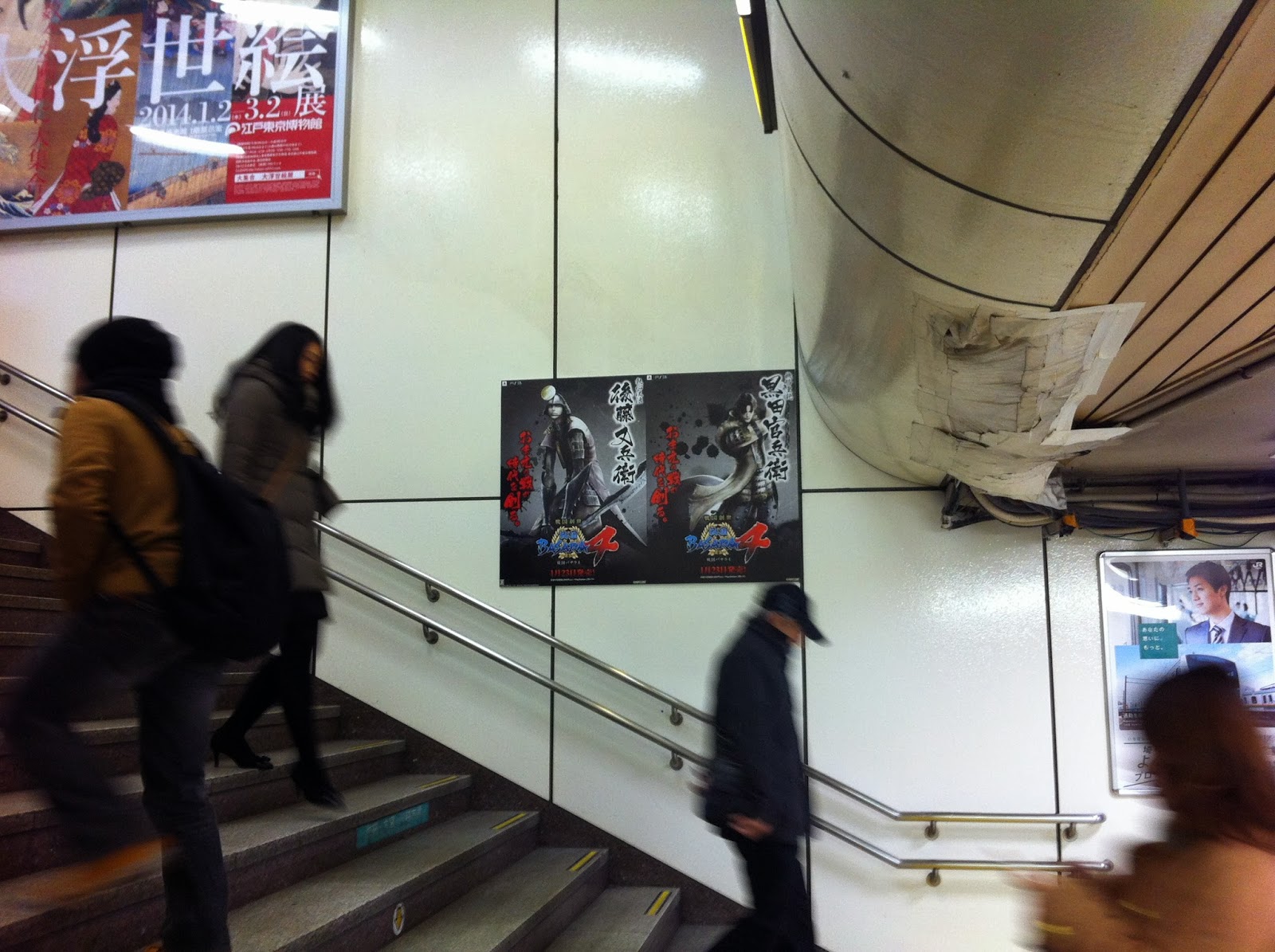 I was very pleased this morning when I checked the news and saw that the foreign attendees (myself and someone from Taiwan, apparently) made the headlines on a few sites. KobaP specifically mentioned his delight at seeing fans from overseas since Sengoku Basara 4 isn't being released there, so it seems that we got through to him! He must have even remembered which countries we were from and reported it to the press since nobody else was within earshot when I told him.

A few official pictures from the event can be seen on the Dengeki, Famitsu and 4Gamer websites.

With some free time I had last night, I added character unlock requirements and route listings to my reference materials post as well as a pair of final(?) stage lists (for standard and one-on-one stages). I'm not sure how the standard stages might vary depending on the character so I've used the V Jump listings as a guide. I'll update the other tables very soon - probably on Saturday. If I'm late it's because the game ended up being too fun.

Finally, I spent the evening watching the newest episode of the official Sengoku Basara 4 live stream. The two hosts, Kanada Satoshi and Nakada Kurumi, were finally allowed to get their hands on the game and try it out. KobaP seemed very cheerful and relaxed after his solid day of shaking hands with fans and being interviewed by the press; it must be a great relief to have reached launch day successfully!

The hosts played as Oichi and Nobunaga on Sourin's Ootomo Xavi Land: Grand Opening stage, showing off the usual two player co-op feature. They accidentally forgot to perform a Giga Basara so KobaP relented and let them play again on Kaga: Maeda Kabuki-Matsuri. It looked as though they both had a lot of fun even without much previous experience with the series. 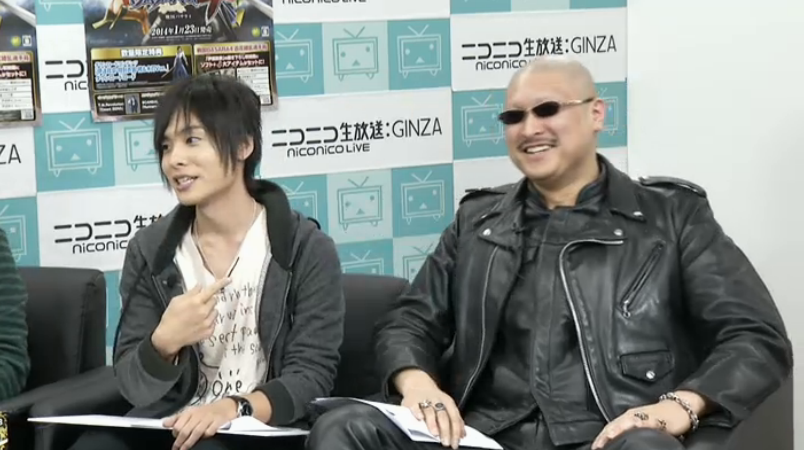 Freelance games journalist Mafia Kajita and seiyuu Okamoto Nobuhiko (Shibata Katsuie) were the special guests later on the show. Mafia got to play as Gotou Matabee on Osaka: Dragon-Tiger Formation and he was very confident, tagging between Matabee and partner Kanbee to deal out plenty of punishment. I enjoyed watching him in action very much. 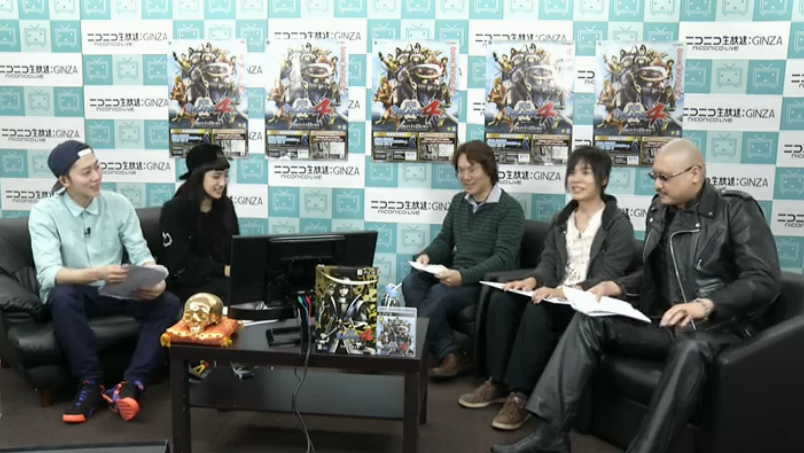 Next came Okamoto with Katsuie on a stage I hadn't seen properly before, The Emperor: Granting An Audience. Okamoto enjoys gaming so he was putting in a lot of effort; unfortunately Yoshiteru is a tough foe and he ended up defeating Katsuie in a hard-fought battle.

The usual challenge session with Dogma Kazami and Aoki Shiki (Maou) followed. They had fifteen minutes to play together and get a 1,000 hit combo. Maou used Naotora on the Osaka: Toyotomi Hajou stage and much to her excitement Naotora was dressed in her DLC wedding dress (partner Yukimura was in his blue DLC costume too). 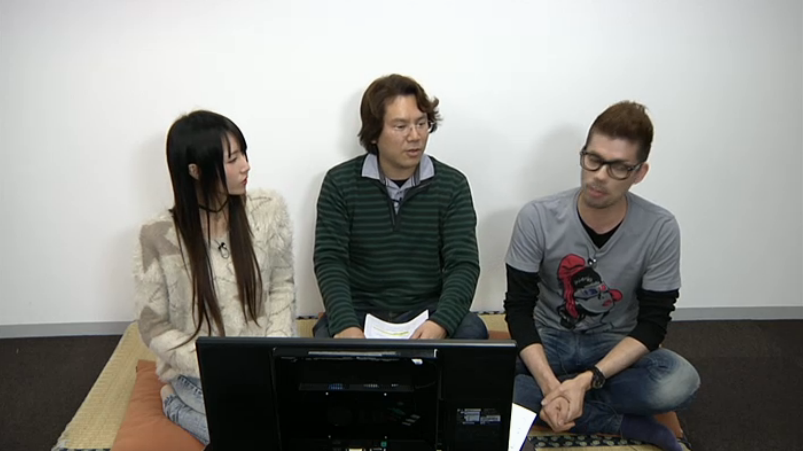 The fan service didn't end there; the challenge team chose Masamune in his Dante costume along with Mitsunari in his Vergil DLC, and together they took on Nobunaga's Oda: Azuchi Castle stage. The usual round of news closed out the show. 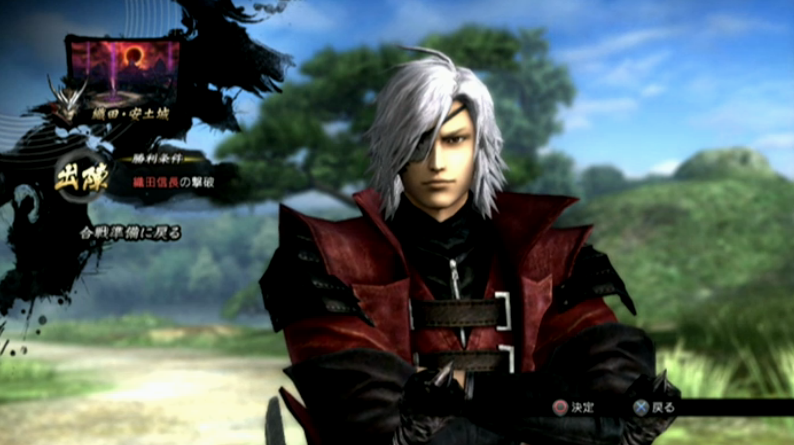 Next fortnight's episode will be the final one in this series, and Nakamura Yuuichi (Shima Sakon) will be the guest seiyuu. You can book a timeshift already at the Nico Nico Live page.
at 11:22:00 pm