Sorry, another short and sweet post as I'm too busy for a long one! 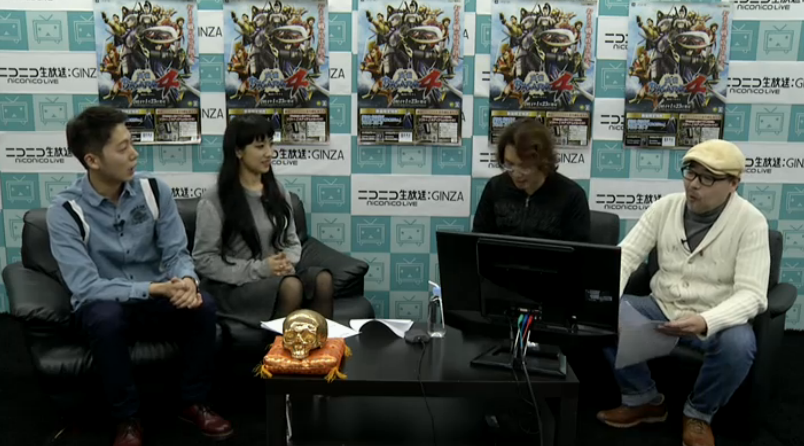 Ookawa (as Ieyasu and Tadakatsu) fought Sakon, Yukimura and Gyoubu before it was time to face Mitsunari. The confrontation with Yukimura led to the short scene where Ieyasu catches one of Yukimura's spears, as seen in previous footage. When Gyoubu was defeated, Mitsunari began yelling even more crazily than he does in Sengoku Basara 3. 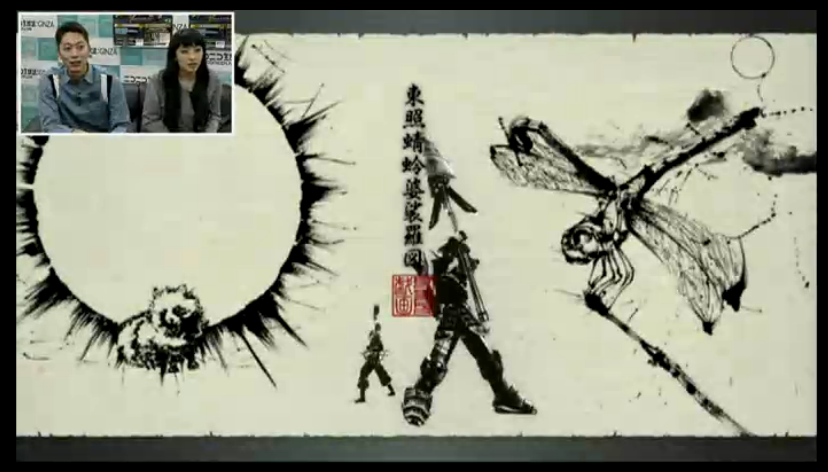 After Ookawa's segment, KobaP joined Dogma Kazami and Aoki Shiki (Maou) for the two challenges. All they had to do this time was beat the level within 15 minutes. 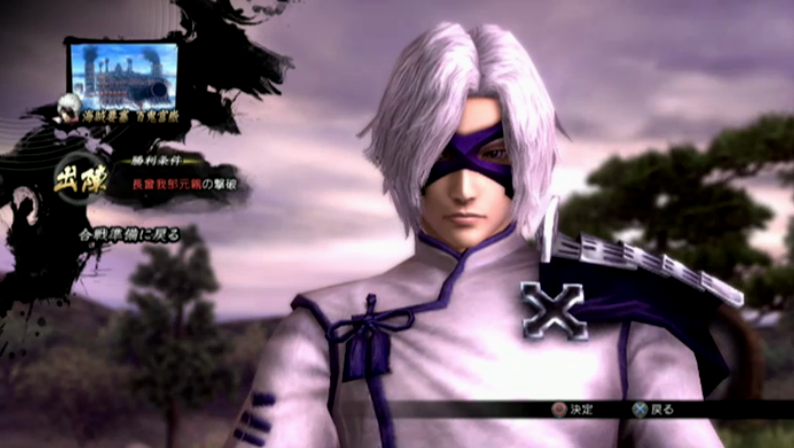 The first challenge was Hanbee (and Gyoubu) on Aniki's Pirate Fortress: Hyakki Fugaku stage. We got a nice, clear look at their Giga Basara artwork with Gyoubu's 蝶星 'butterfly star'. 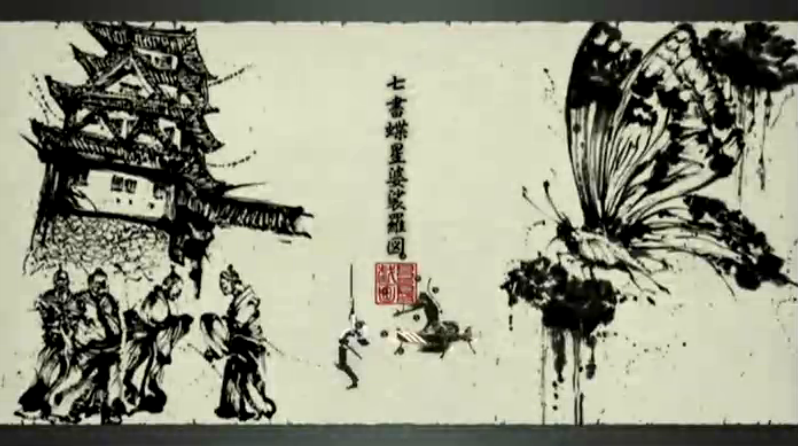 Near the end, Aniki's Akatsukimaru transformed into the colossal Hyakkimaru - it was very cool. 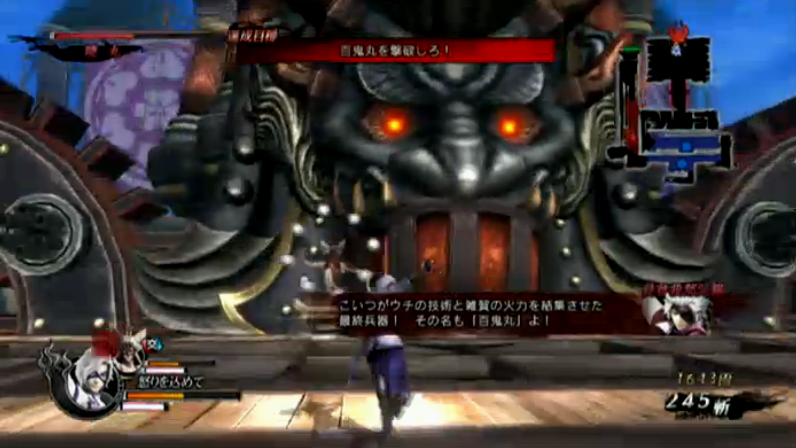 The second challenge took place on Kingo's Bizen: Ujou stage. Shikanosuke had to chase him down for the first half while he kept sneaking into quiet corners and supping on his nabe. After a fight with Tenkai later on, the player is required to accrue salt, miso or soy flavours according to the request on screen. The flavour bars and the pots the enemies carry are colour-coded so it doesn't look too difficult. 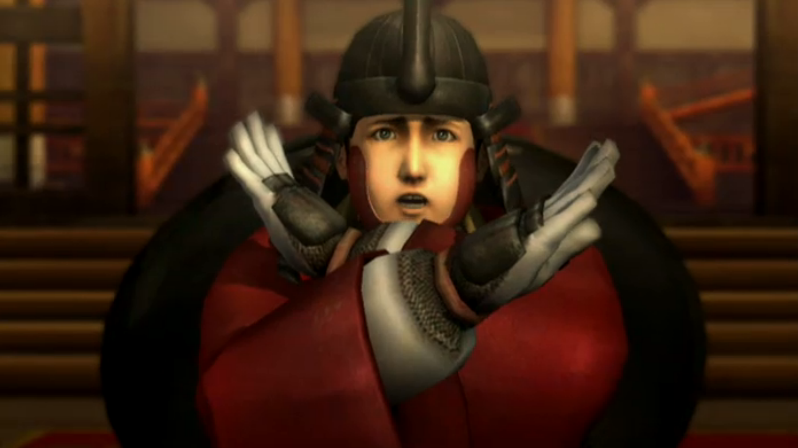 We were also treated to Sourin's Giga Basara artwork. It's a cherub playing a harp, and his title is 賛主 ('Lord of Praise'). 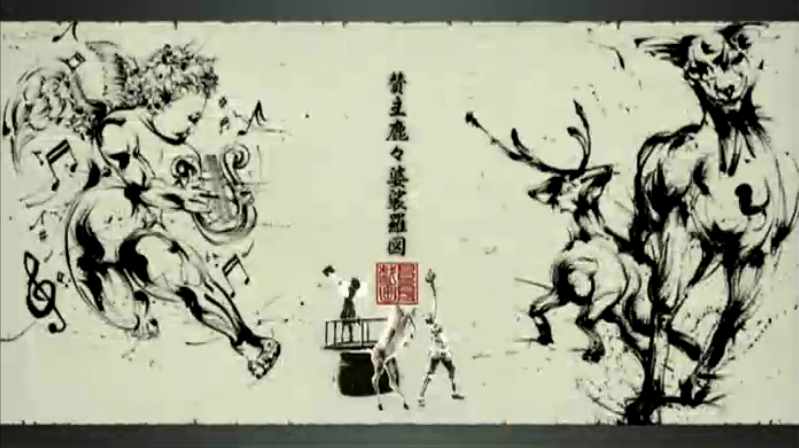 The final announcement was that a group of three girls called the 'Basara-bu Otomegumi' (Basara Club: Maiden Team) will be making updates for the official Sengoku Basara 4 website each Friday starting from tomorrow. I found this segment less interesting than the rest (it didn't help that most of the comments on the Nico Nico stream were discussing the size of the girls' breasts). 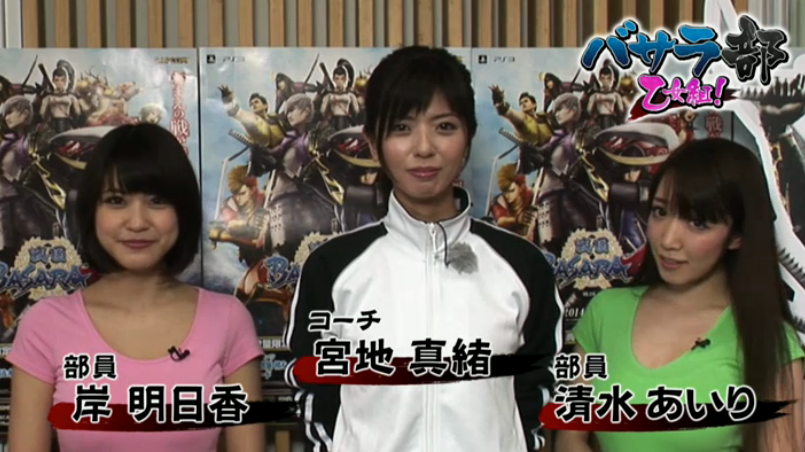 Next fortnight's episode will be on the day that Sengoku Basara 4 is finally released! Okamoto Nobuhiko (Shibata Katsuie) will be the seiyuu guest and freelance writer Mafia Kajita should also be appearing. You can book a timeshift for the next episode on this page.