According to BlackKite over at the Koei Warriors forum, one of the regular sources of information leaks has revealed some news from this Thursday's issue of Weekly Famitsu magazine. The magazine allegedly includes confirmation that Motonari (of course), Yoshihiro and Yoshiaki will be participating in Sengoku Basara 4 while Kenshin and Kasuga will be non-playable enemy commanders. That's disappointing, but I'm glad they've finally announced it at last. There will be more than forty stages in the game, and there's some information about the audio 'play books' you can set to pick background music and dialogue.

I'll translate the full article on Wednesday night when I have a way to get hold of it, as usual.

Sengoku Basara 4 was featured on Monday's episode of Hagi-Toko

Capcom's Hagi-Toko online gaming show broadcast a new episode on Monday which included a considerable amount of Sengoku Basara 4 footage. It seems that the main goal was to introduce the series to newcomers and the team chose to run through Ii Naotora's stage with Shibata Katsuie (the same combination we saw in some TGS footage before). It was just the usual TGS 2013 demo we've seen dozens of times, but the Nico Nico picture quality was quite good so I could finally appreciate Katsuie's iridescent armour reflecting the light as he moved.

Because the commentary was being done by experienced gamers, I found it quite interesting (and funny). They also made Katsuie seem very quick and effective rather than stiff, which is how he seemed in some of the amateur demonstrations from TGS. I'm looking forward to playing as him much more than I was before.

We also got to see the scale of the Hyakka Ryouran Tamatebako special edition, since the staff did a full unboxing live on camera, discussing every single item in loving detail. 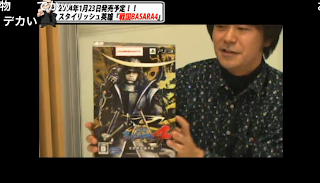 I'm not sure I'd seen the other sample page from the books before. We'll get 'clean' versions of the Basara-e ink artwork for each character as well as some more design sketches. 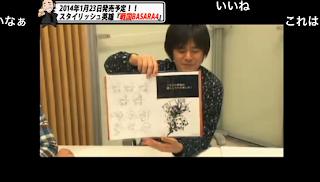 I'd been wondering when we'd get more details about January's Sengoku Basara Ichiban Kuji convenience store lottery, and today my curiosity has been satisfied. We've already been shown the top five prizes:

And now the rest has been confirmed: 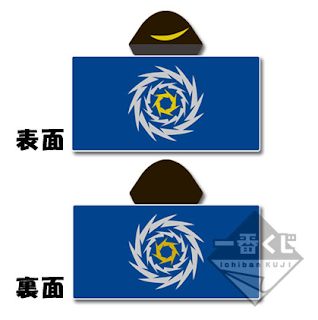 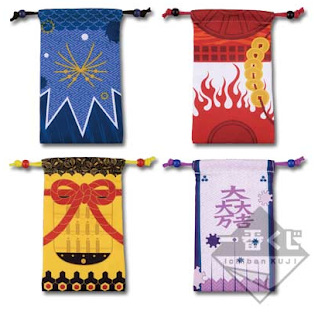 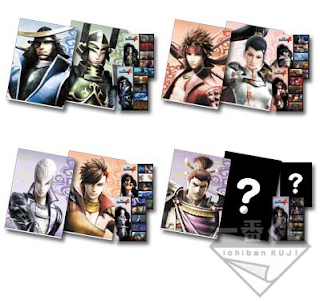 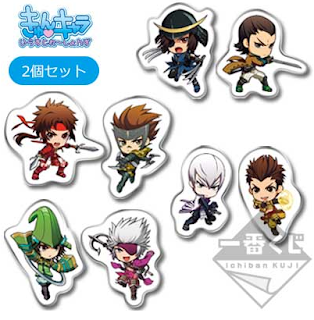 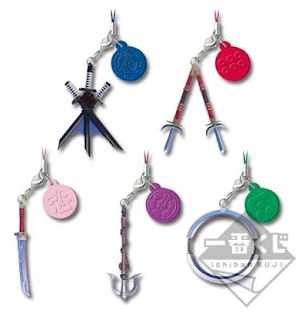 Pictures of three special prizes will be revealed at a later date:

I wonder what the mystery design on the final clear file will look like? I'm going to take a guess that it will be Matsunaga Hisahide...

The tenth official Sengoku Basara postcard collection will be released on 21st December 2013 costing ¥525. It's almost as though it was put together by Shingen. 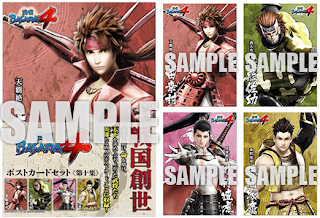