Capcom continued their assault on my free time today with a large number of news reports straight after the latest live broadcast. This weekend they'll be demonstrating the game yet again at the Jump Festa event in Japan, then next week we have yet another full broadcast with KobaP and Okiayu Ryoutarou. I'd better catch up on the latest news while I have the chance!

Today's broadcast was a one-off episode of Capcom's 'Intelligence Agency' show on Capcom Channel. It was mostly dedicated to Sengoku Basara 4 but had a much more general, simplistic focus than the other recent broadcasts. As it wasn't possible for me to watch the live version I'd set up a timeshift viewing on Nico Nico - except it turns out that the show was uploaded onto YouTube's Capcom Channel immediately after it finished, anyway. That's handy!

The stream went live some time before the show began so I recommend skipping past the first half hour of the video. The show's hosts were comic Kosaka Daimaou and Inoue Nana, a novice reporter.


To kick things off, the perky hosts ran through the latest Capcom news - including showing some footage from last weekend's Sengoku Basara 4 x Play.Community premium trial session ~Shinagawa Daigassen~ gathering. It was then time for the main event: a gameplay demonstration with idol Furukawa Mirin of DEMPAGUMI.inc. 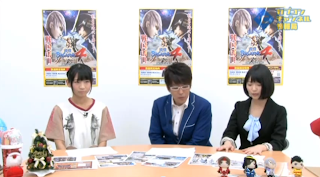 The hosts watched the first character gameplay introduction video for a tutorial in the basic controls, then began the demo. 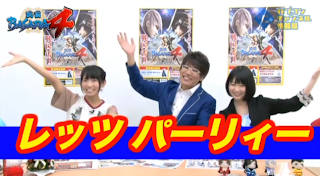 It soon became apparent that the gameplay demonstration was using the stripped-down build from Tokyo Game Show 2013 and Furukawa headed off to the now-familiar Echizen: Kitanoshou Castle stage. She was playing as Naotora with Yukimura set as her battle comrade. Since there's not much more I can say about Naotora's gameplay at low levels I'll comment on a stage detail and say that it's nice to see Katsuie's famous Tsukumo Bridge in the game. Half of the bridge was built from stone, the other half from wood. 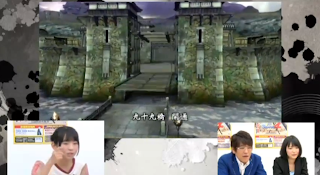 Oh, and I don't think I ever posted a picture of Naotora's Basara-e illustration when it was properly revealed the other day. Let's fix that. 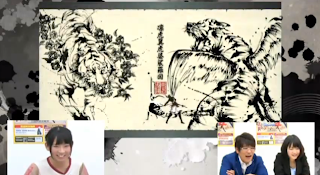 The show wrapped up with details of a competition where ten people can win a Sengoku Basara 4 bag signed by Furukawa along with a My Capcom smartphone pouch.

Overall, I personally thought that the broadcast was much less interesting than those with direct input from the game's creative team. On the other hand, the simpler format might do a good job of introducing the series to new players after they see how much fun the hosts had!

Once again Sony has a couple of screenshots I haven't seen anywhere else in their latest blog update even though many of them relate to Thursday's Weekly Famitsu article.

Fans who don't mind lining up for hours in the freezing cold will have the opportunity to purchase a number of exclusive merchandise items when Basara Matsuri takes place on January 19th 2014, as the organisers have now announced the special goods that will be available. 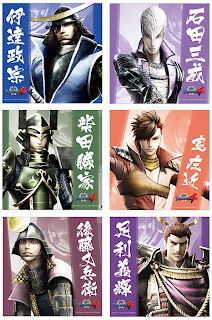 A commemorative tea cup (¥800). This is actually the third of these special vessels; earlier designs were available at the Basara Matsuri 2010 ~Haru No Jin~ and Sengoku Basara Goshuunen ~Budoukan No Utage~ events. The Sengoku Basara 4 design bears the names of Sakon, Katsuie, Matabee, Masamune, Mitsunari, Yukimura, Keiji, Hideyoshi, Motochika and Yoshiteru - in other words, all of the characters whose seiyuu will appear at the event as guests. Any secret guests won't be included on the cup! 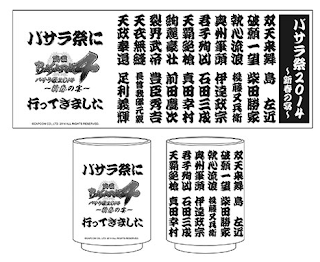 This 'sparkling' A4 clear file (¥1,000) is supposedly made of shiny silver plastic to justify its relatively high price. I wonder how many clear files the average Sengoku Basara fan owns... 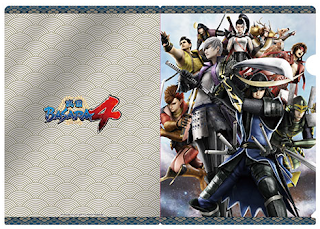 Four different Sengoku Basara 4 happi coats (¥4,000 each), themed for the four main characters. This should please the people who weren't able to get hold of a happi last March, though Yukimura's bright red design (one of the best colours for a festival happi!) is not going to be available. I hope there's enough stock to satisfy the attendees this time around. Finally, there are four different oversized uchiwa fans (¥700 each). These 'big' fans are much larger than you'd think from the pictures and have a character's face on one side with their dialogue on the other. Mitsunari's simple message is my favourite: "Hideyoshi-sama, Hideyoshi-samaaaaaaaa!" with extra 'a's stuffed into all of the available space. It doubles up as a cheerful message for Hideyoshi's seiyuu as well. 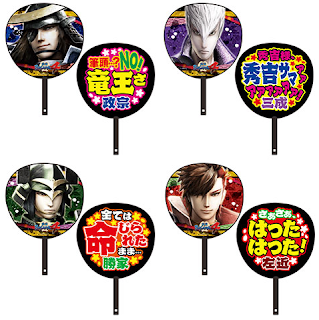 The merchandise selection is very small because the event is going to be tiny compared to the usual Basara Matsuri gatherings, though people who don't have tickets are allowed to queue for merchandise as well if they come to the venue between 10:00 and 18:30. I bet all of the Sakon items sell out quickly.

Sengoku Basara 4 is to feature in Super Paint Logic magazine

If the Basara Matsuri merchandise disappointed you by being too conventional, the latest collaboration news might be more suitable. Puzzle magazine Super Paint Logic will be including Sengoku Basara 4 content in its February issue released on 19th December 2013. The issue in question costs ¥880. 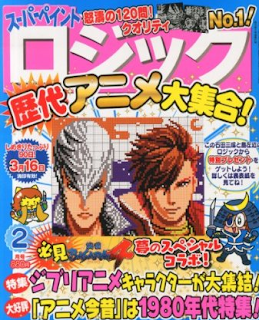 Mitsunari has never looked more attractive, huh? That's not all; the February issue of Nanpure (Number Play) Magazine is getting in on the puzzling crossover fun as well. It's only ¥480. 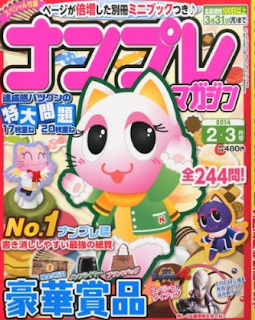 People who haven't yet placed their orders for Sengoku Basara 4 might be interested to know that Karuwaza Online is offering an exclusive Masamune/Kojuurou 'plastic bottle holder' pouch for their customers. The offer applies to the regular and Hyakka Ryouran Tamatebako editions of the game and you can also reserve the game for collection at a CircleK or Sunkus convenience store. 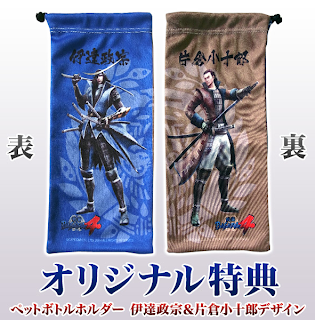 The Karuwaza Online version doesn't include any special sleeve or DLC, just the pouch.

During Yoshiaki's gameplay preview in the newest trailer, he defeats an enemy commander called 'Endless Nishida'. Nishida Daisuke is actually the guy who directs, choreographs and organises the Butai Sengoku Basara stage plays (his theatre troupe is called AND ENDLESS). 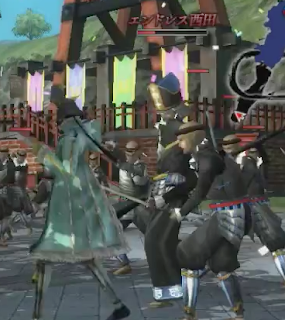 I love the way that they incorporate in-jokes like this. Xavi Land seems to have some cool-looking rides...

I'm not sure whether the Shikanosuke and Azai couple images from the game's opening have been shared outside of magazines yet, so if they haven't you can check out the site's report from last weekend's Shinagawa event to take a look! Kita-san chose to play as Yukimura for the demo part of the report so Sanada fans might find a few of the gameplay shots interesting, too.

If you don't have a My Capcom account and you want to gain access, I once wrote a simple guide here which is probably still correct.

The next major event is Jump Festa this weekend. There are a bunch of useless-looking livestreams for other stage events taking place on Nico Nico; I'll try following rumours on Twitter once the party is over each day in case anything new is said.
at 11:39:00 pm