Although the biggest news is, of course, Mouri Motonari's Sengoku Basara 4 debut, that doesn't mean that the rest of the magazine is lacking in information. I'm trying to dig out a few rumours without completely ruining the magazine for myself, so it's a little tough. My copy won't arrive for a while!

Here's what I've seen people talking about so far. I'll add to this list in the morning when I wake up.
Even more updates below, mostly thanks to the Dokuganryuu -Deutsch Melon- blog...
I'll post a proper review of the magazine soon. Hopefully next week...

Of course, before then there's going to be another video event this Saturday! Thursday's Weekly Famitsu and Dengeki Playstation magazines reportedly include no new information.

It looks as though the preorder details will be announced in the next few weeks after a listing on Amazon Japan appeared for the new game's soundtrack. According to the listing it will be a two-disc set released on 29th January 2014. The usual theme song single CDs should appear soon as well, so I'll keep checking for more news! 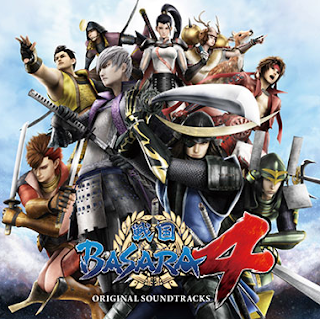 Update: And just a few hours later, this was confirmed by Capcom! The soundtrack will cost ¥3,360.
Update 2: VGM has tracked down some catalogue numbers for a Sengoku Basara 4 EP theme song single too (CD, CD+DVD). Both versions are slated for 12th February 2014.

Manga artist Yoshihara Motoki has become more active on Twitter recently and begun posting rough sketches previewing the artwork which will be used in the official Sengoku Basara 4 manga. Reactions from fans so far seem good, and I personally think that Yoshihara's masculine designs will be a good fit for the series. The manga will begin its run in late December.

You can see Yoshihara's previews so far at these links: Ieyasu, Sasuke/Kanbee, Shikanosuke/Hanbee, Kojuurou/Motochika and Keiji/Yukimura. Preview pictures of Masamune, Katsuie and Sakon were shown before back when the manga was first announced, and this ad (close-up) shows the four leads fully inked.

From 25th November 2013 until 14th January 2014, Capcom is running a poll to decide which of their arcade games is the most beloved. The lesser-known Sengoku Basara X fighting game is one of the options representing the year 2008.

Unfortunately I don't think that the game stands a chance in this particular poll given some of the illustrious competition. Still, fans of the game can show their support here! Just click the orange text to place your vote. Each person can only vote once per day.

Those who weren't able to attend the recent performances of Butai Sengoku Basara 3 Utage Two: Kyouou Tanjou x Shinen No Utage ('The Birth Of The Dark King x Feast Of The Abyss') will be able to catch up towards the end of March 2014 now that the DVD version has appeared for purchase. As usual, there's a ¥6,500 first press limited edition and a ¥6,000 regular edition as well as a jumbled assortment of leftover merchandise from the show venues. At the moment the listings only exist on the official Dais shop; Yesasia, Ami Ami and other regular import stores should open their preorders soon. 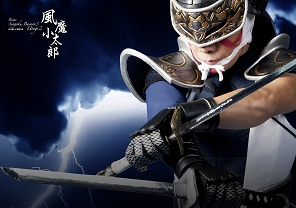 The first press limited editions often tend to sell out extremely quickly and become collectors items, so it's recommended to preorder early. The bonus item this time seems to be a photo booklet.

While I'm on the subject, stage play actor Odai Ryouhei tweeted this incredible picture today. I feel it deserves to be seen.

Capcom have announced that Tokyo Station's Character Street will be blessed with a Sengoku Basara 4 presence between 27th November and 11th December 2013 when a street wagon will be set up to sell merchandise relating to the new game. The location of the stall will be in the 'K-Spot' area near the station's Yaesu exit and it will be open daily from 10:00 until 20:30. 200 lucky customers who spend more than ¥2,000 at the stall will be given a special Sengoku Basara 4 postcard.

Update: Here's a snapshot of the wagon from @cr_sho_alp. 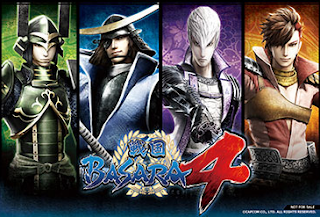 As well as the One Coin Grande figure collection Sengoku Basara ~Eiyuu Shuuketsu-hen~ ('~Gathering of Heroes Edition~') next year, Kotobukiya are planning to rerelease two of the older sets in their entirety for the benefit of fans who missed out before. The two they've chosen are the recoloured Sengoku Basara ~'Dyed Costume' Edition~ sets. The first will be released on 30th April 2014 while the second will come out on 30th June 2014. Each collection costs ¥6,300 and features ten mini warriors. 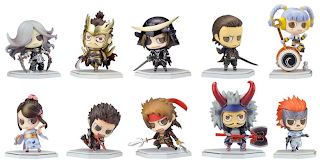 The old sets have been changing hands for ridiculous sums of money in recent months so these rereleases are welcome. Will we get a true fifth collection of figures soon to include the Sengoku Basara 4 cast - as well as the remainder of the missing Sengoku Basara 3 characters? 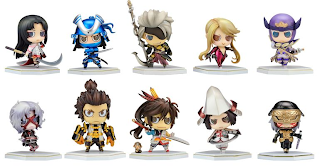 The official shop has announced that preorder customers will receive their copies of the DVD on 10th December 2013, not at the end of November as originally planned. The date for the general release which follows is unchanged.