I haven't been translating the various updates on the Butai Sengoku Basara stage play blog as I have assumed nobody who doesn't already speak Japanese will be interested. However, today Capcom posted a major update which I think is of general interest: the merchandise from the upcoming Butai Sengoku Basara 3 Utage stage play has been revealed, along with the photographs they'll be using on it. This gives us a glimpse of a few of the new stage play characters in costume for the first time! As much as I love the regulars, I've seen them in their costumes before so the new characters come first. 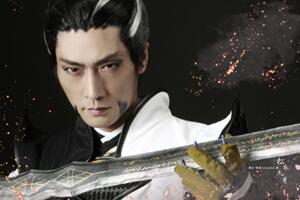 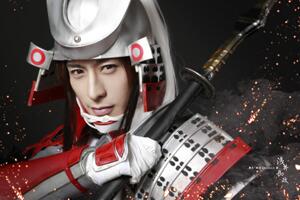 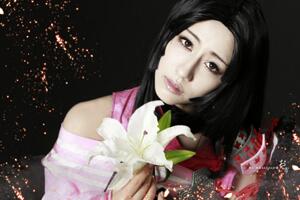 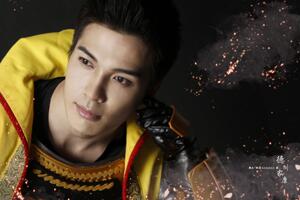 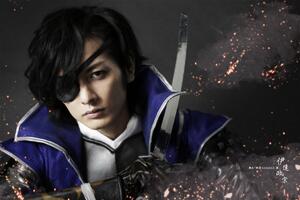 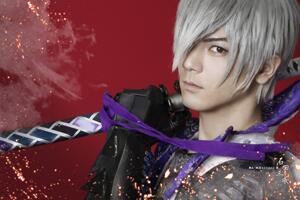 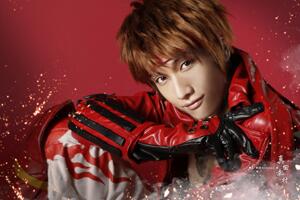 Fans who go to see the stage play will have the opportunity to buy clear A4 files, muffler-towels, ticket holders, t-shirts, uchiwa fans, tote bags and the usual commemorative 'bromide' photographs for individual characters. I'm still looking forward to seeing the three remaining newcomers in costume: Mogami Yoshiaki, Fuuma Kotarou and Imagawa Yoshimoto. The new stage play starts its run next week so hopefully I won't be waiting long.

Alongside the new stage play updates, more details of the Busho Matsuri 2013 event have been announced. Nishida Daisuke will be there (he's the person directly in charge of putting the stage plays together), as will series producer KobaP. Isaka Tatsuya will also be appearing on the 14th July only; he played Maeda Keiji in Butai Sengoku Basara 2 and is very popular with fans. Among other attractions, the actors will be wearing their stage play costumes at the event and people who go to see Butai Sengoku Basara 3 Utage will be given the chance to vote to see battles between specific characters performed at the event! There could be some interesting surprises if the viewers are playful with their choices.

Official Busho Matsuri 2013 fan club tickets will go on sale very soon with general tickets following in May. I think we can expect regular updates from Capcom with a few more guest announcements until then.
at 10:53:00 am