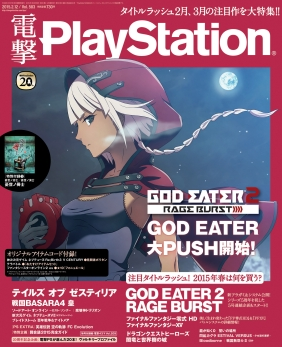 This week's edition of Weekly Famitsu didn't have any substantial Sengoku Basara coverage even though series producer Kobayashi 'KobaP' Hiroyuki participated in a joint interview with Tales producer Baba Hideo.

Instead, it was Dengeki PlayStation's turn for a little exclusive content. The 12th February 2015 edition (released on 29th January 2015) had a full-colour eight-page feature devoted to previewing the new game.

Most of its article recapped the information from the previous Weekly Famitsu to bring readers up to date with the Sengoku Basara 4 Sumeragi announcement.

However, there also seemed to be a few new screenshots I wasn't sure that I had seen before (even though the official website updated today with another batch) and a short interview with KobaP and director Yamamoto Makoto. I think it's worth a summary.

Firstly, information from the character profiles.
Next, summarised information from the interview with KobaP and YamamotoD.
Finally, observations which might be irrelevant and interesting notes from other fans...
That's all the magazine coverage for this week, but there are a few other news stories to mention as well.

Yukimura, Kanbee and Keiji will be expanding their previous campaign to prevent vehicle crime across Osaka, Kyoto and Hyogo again this year; a collaboration so significant that it received another English-translated news bulletin on Capcom's investor relations website. 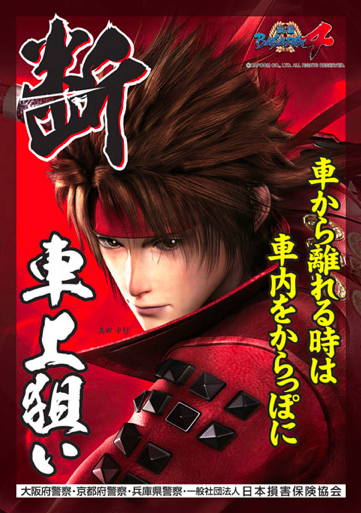 A ceremony will be held in front of the Shirayukihime clock at Osaka's Tennouji Zoo on 31st January 2015 to mark the commencement of the campaign. The mascot character 'Yuru-Tenha Zessou Yukimura-kun' is scheduled to attend - his name seems to have been upgraded since the last time he made an appearance! An official Capcom store returns to Shinjuku for a limited time

Just like last year, there's going to be a Capcom presence in the Marui Annexe building in Shinjuku, Tokyo as part of the 'Shinjuku Marui Annexe Characters Fair ~Gyakuten Saiban, Monster Hunter, Sengoku Basara~'. Visitors will be able to purchase goods relating to Sengoku Basara, Monster Hunter and Gyakuten Saiban (Ace Attorney) between 13th February and 15th March 2015. There will also be prize draws where fans can win special merchandise.

Moemine's Sengoku Basara 4 translation page on Tumblr has had a big upgrade recently and it's easier than ever to find translated dialogue for your favourite character. Moemine deserves a lot of respect for all of the fantastic translation work; I though it was worth mentioning again since not everyone checks Tumblr regularly. There's even more new content!
at 2:14:00 pm