Hey, KobaP's hint was worthwhile after all. I was getting a little disappointed as the day went on with the only new announcement being the second story in this post, but then Weekly Famitsu published its preview and...

Sengoku Basara Sanada Yukimura Den has been announced for this summer 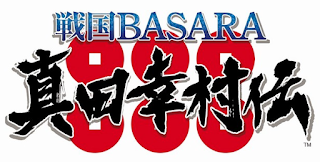 The preview article describes it as being part of the Sengoku Basara Retsuden Series (a retsuden means a historical record of someone's achievements but they're spelling it slightly differently on purpose, so let's go with 'Sengoku Basara: Blazing Saga' or something for now). It says to expect a new 'Sengoku Drama' depicting Yukimura's life. Interesting.

The full details will be published in the magazine along with a staff interview so I'll grab a copy tomorrow night and take a look. It would seem to be a safe bet to assume that this is what KobaP will be talking about at the weekend's Jump Festa stage presentations.

Edit: BlackKite has already done some digging and it seems that we're going to be seeing Sanada Masayuki and Sanada Nobuyuki, and Date Masamune will be playable at some points in the game. Yukimura and Masamune will get things 'like new outfits and new attacks'. The leaks also cryptically mention that stages such as Osaka Castle will have new gimmicks they'll be different to before, which could imply that that they're using the same game engine.

I'm torn between being sad that I was working late today so I missed all of the initial excitement, and happy because it means my social media feeds are full of pages upon pages of delighted Yukimura illustrations already. I can't wait to read up on everything I missed!

Hey, I guess all of YamamotoD's relentless hinting about wanting to do something like Bontenmaru-hen for Yukimura someday was referring to this.

Capcom teams up with Panasonic for official Sengoku Basara headphones

The other big news today, which in retrospect is rather less exciting than a brand new game, is that leading electronics manufacturer Panasonic will be teaming up with Capcom to release Sengoku Basara headphones with both Date Masamune and Ishida Mitsunari designs. 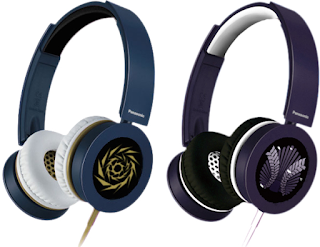 BASARA CLUB fan club members with very quick decision-making skills can place their preorders between now and Sunday to qualify for the exclusive 'premium package' edition of the headphones, which is priced at ¥9,698. This edition comes with special packaging and a wooden tag proving that the owner is a foot soldier in the Date or Ishida forces. 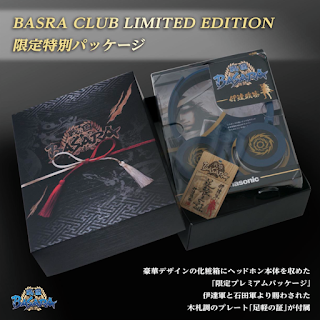 Fans who just want the standard headphones without the premium package (¥8,618) will be able to preorder at a later date. Delivery is scheduled for March 2016.
at 8:38:00 pm