A summary of the newest game information from Weekly Famitsu magazine 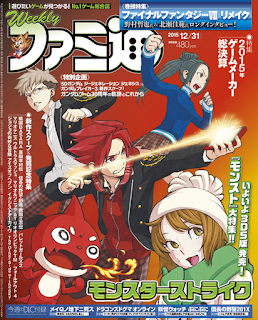 Here's a summary in English; please forgive any errors as I'm so excited typing this up that I'd make Yukimura look calm.
The article finishes with a two-page interview with Nonaka and KobaP.

I imagine the official website will be live very soon to share all of these images in decent quality.

Edit: Here we go, the official website is now online.

The DVD recording of Butai Sengoku Basara 4 is coming out after all!

This is such good news that it deserves an exclamation mark. The DVD version of the 2014 stage play, Butai Sengoku Basara 4, has had its cancellation cancelled. 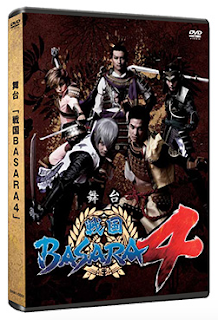 Citing fan demand as the reason for its release, the announcement confirms that the DVD set will include two discs for a runtime of 183 minutes (the play itself) plus 118 minutes of bonus footage. The extras include 'making of' documentary, cast interviews, a compilation of moments from the 'after show' talks on stage, the curtain call from the grand finale and interviews with the actors who graduated from the Butai Sengoku Basara series at the end of the show. Buyers who order the first press edition will receive five cast photographs along with their DVDs. 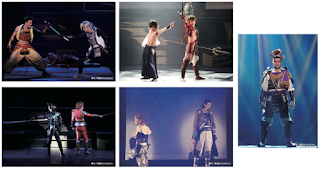 The set will cost ¥7,500 and it's already available for preorder through the Ace Shop. I expect it to receive a general release through normal retailers later on. No English subtitles are listed on the specification, which isn't too surprising as this play didn't have the 'live subtitling' feature of some more recent events.

Gamer is reporting that a Capcom Shop will open in the Parco department store in Utsunomiya, Tochigi between 18th December 2015 and 11th January 2016. It's difficult to see buried under all of the Monster Hunter merchandise but there will be some Sengoku Basara goodies available to fans who make the trip to visit.

I've been to that Parco a number of times and it's generally very quiet, so I hope that the shop does well over the holiday period. There will probably be a few nice New Year offers available.
at 3:38:00 pm