As we already knew from the leaks a few days ago, the newest issue of Dengeki PlayStation magazine released this week featured some Sengoku Basara: Sanada Yukimura-den content. 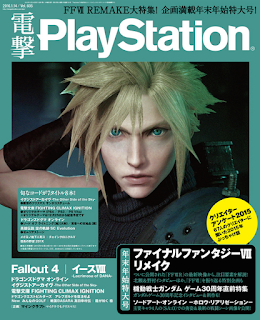 I have now purchased the magazine, so here's my summary. Most of the article is a recap of the information revealed last week but there's a new interview with KobaP and producer Nonaka at the end. Some of this information is very similar to what we've heard before; I've skipped the parts which were exactly the same.
Raindrops' note: I said that Nonaka was the director last time, rather than the producer. This was a mistake on my part due to overexcitement, he's definitely the producer. Sorry. It's not even written in Japanese.

I didn't spot anything new from Weekly Famitsu in this week's bumper year-end issue. That fits the pattern they have used in the past, though, where Weekly Famitsu breaks the news one week then Dengeki PlayStation (which is on a fortnightly schedule) adds a few more details while Weekly Famitsu concentrates on other titles.

As per KobaP's comments, the game's official website will update tonight and add the video from Jump Festa. I'll add the direct link to this post when I wake up. What a great Christmas gift!

You can watch it on the official YouTube channel.