The popular Mame Sengoku Basara trading figures are back

The CafeReo website revealed today that the well-received Mame Sengoku Basara Trading Figures from January 2014 are making a comeback in July, this time with new versions of Masamune and Mitsunari clad in their alternate Sengoku Basara 3 costumes!

The new set of nine figures will cost ¥5,850 (or ¥650 per blind-boxed individual figure) and it will appear on hobby websites very soon. The new set is officially titled Sengoku Basara Trading Figures: Mame Sengoku Basara PLUS.

...this is a cruel way to make us want to buy the entire set a second time just for two alternate figures, isn't it? I wish they'd made alternate versions for the other characters in the set as well. 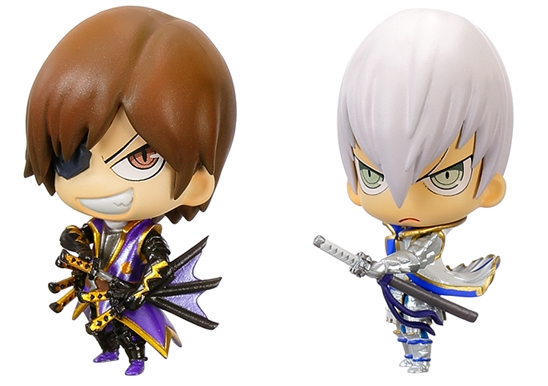 CafeReo have also announced a pair of purse/handkerchief sets for Masamune and Mitsunari in July 2014, priced at ¥1,500 each.

There's been an update about the Sengoku Basara Complete Box anime Blu-ray collection: a pocket-sized version of the standard movie pamphlet for Sengoku Basara -The Last Party- will be included in the pack as an extra bonus for buyers. 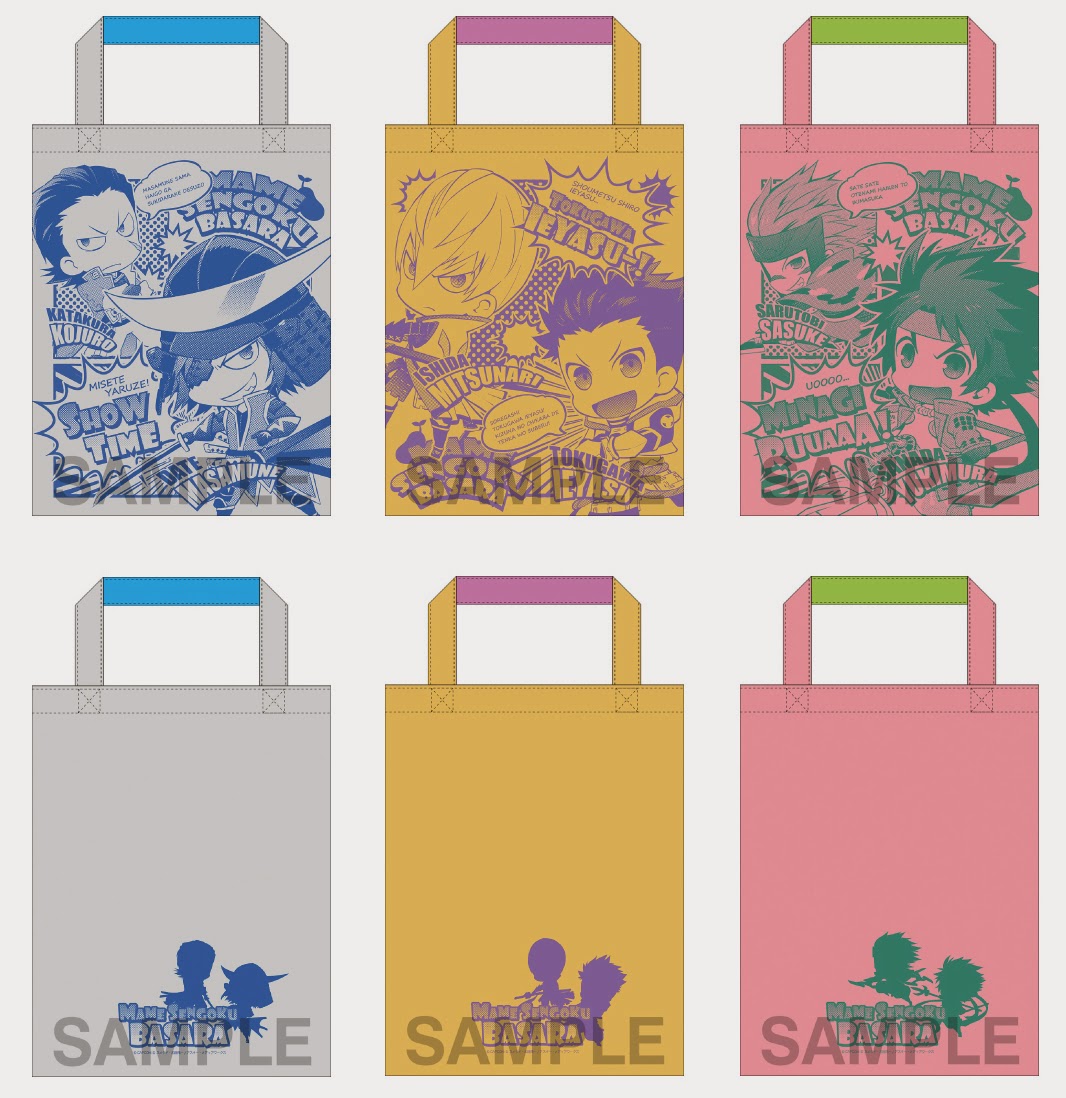 That's not all that they have planned - bigger pictures of the new range of ¥200 Mame Sengoku Basara tin badges which are being sold in six selected Animate stores from 10th May 2014 are available too. 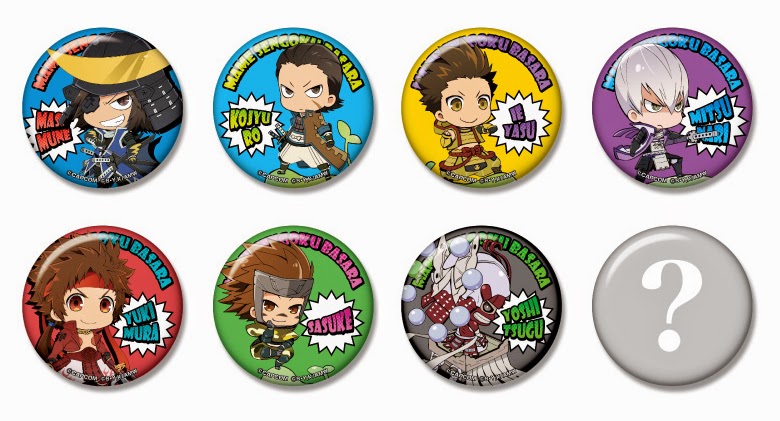 In addition, there were also a pair of cushions on display at the special Gift Plushie Festival (Gift Nuigurumi Festival 3rd) event running at the moment, and Nanahashi's recent tumblr post drew attention to artwork for six future plushies: Yukimura, Sasuke, Mitsunari, Sakon, Motonari and Motochika. The source is tenky77's Weibo account and comes via the same event. Poor Katsuie...
at 9:22:00 pm