I was hoping my latest Sengoku Basara books from CD Japan would show up this week too so that I could combine them in a ridiculous mountain of new goodies. It was not to be. 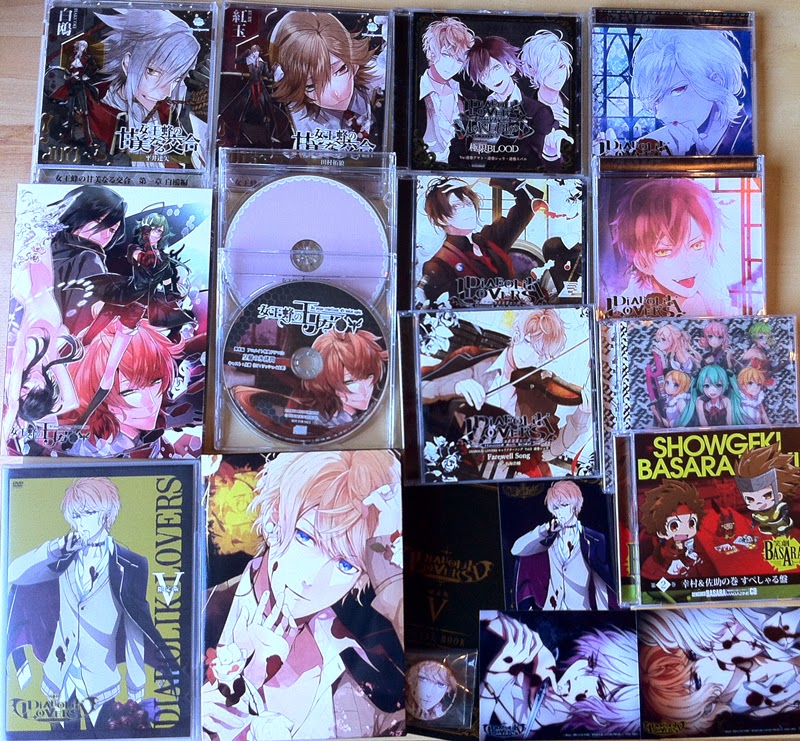 I've started collecting the Jooubachi No Kanbinaru Kougou situation CDs starting with Ruby and Hakuou (I sort of regret the latter after playing his route in the game, but it's Hirakawa Daisuke and it was heavily discounted). My preorder of the Jooubachi No Oubou: Kaguya-hen game itself arrived as well, along with the two special tokuten CDs for Menou/Kaguya and Sumeragi. I should have plenty of bees to last me for a while now.

There's the usual Diabolik Lovers too, with the fifth volume of the anime on DVD complete with all of its goodies, two character song CDs, two old situation CDs and the theme song from Diabolik Lovers: More, Blood. There aren't any Laito or Kanato CDs because I already have them all.