The Butai Sengoku Basara stage play series is making an important announcement on Thursday 6th February 2014 with a video that will air at 21:00 Japan time. Given that they've set up a special website area for it and circulated the news through the Japanese gaming press, I think it's extremely likely that the announcement will be for a new stage play. Hirose Yuusuke (Tokugawa Ieyasu), Nakamura Seijirou (Ishida Mitsunari), Nishida Daisuke and Kobayashi 'KobaP' Hiroyuki will all be involved.

This is a reminder that the final episode of the fortnightly Sengoku Basara 4 broadcasts will take place tomorrow at 22:00 Japan time - straight after the Butai Sengoku Basara news has been made public. The seiyuu guest will be Nakamura Yuuichi (Shima Sakon). Don't forget to tune in!

The Sengoku Basara 4 coverage continues in tomorrow's issue of Weekly Famitsu (dated 20th February 2014). Most of it isn't that interesting but I want to single out the part about Sengoku Basara 4's Takeda Otoko Dojo stage as a lot of people have asked about the way it works. By coincidence, Corey Patton kindly cleared this matter up just a couple of days ago with a comment on one of my older blog posts. I'll translate the tips from Famitsu for the benefit of anyone with any remaining questions about Takeda Shingen's manly dojo exams.

When you begin the Takeda Otoko Dojo stage, you're presented with a set of wooden plaques. These determine the difficulty of the challenges you'll face: White Belt (easiest), Black Belt (average) and Assistant Instructor (hardest - it's red). Once you've cleared the Assistant Instructor trial, you can also pick a fourth challenge: the Tiger Belt.

The Tiger Belt contains twenty battles with enemy commanders who appear in pairs. You'll begin with 500,000 ryou in cash which gradually decreases over the course of the challenge (Corey reported that it also builds back up when you kill an enemy). There are also bombs, poison mist and flames to deal with, and the finale is a fight with Shingen, Yukimura and Sasuke. Once you've won, you earn Shingen's respect, a bunch of bonus rank points and any money which remains on the timer.

Separately, Weekly Famitsu's reporters carried out a completely unscientific survey on a small group of Japanese gamers in this issue. They asked the group which Sengoku-era commander interested them and the ranking was as follows:

Comments from the Date Masamune voters:
"He's the main reason that 'Let's Party!' spread throughout the world."
"I liked Oda Nobunaga, but since getting into Sengoku Basara I began to like Date Masamune."
"His image is so intense that I became interested in finding out what the real historical figure was like."

Comments from the Sanada Yukimura voters:
"It's not really apparent in textbooks, but he's often drawn to be really cool."
"He appears in many works and he's awesome in all of them."

...and the Oda Nobunaga voters:
"The way he's portrayed in games varies, so I want to know about the reality."
"It's strange when there are a lot of villains."

The other voters:
Kuroda Kanbee: "I knew him as a game character...now he's become the lead in a Taiga drama."
Maeda Keiji: "I thought it was fascinating that there was nobody else like that back in those days."
Mouri Motonari: "Knowing his true personality from history, as I became a fan I came to appreciate the differences between the games and reality."
Imagawa Yoshimoto: "Because he was actually a really capable guy, I want him to play a larger part in the games."

Back to Sengoku Basara 4, there's further analysis of the series' popularity in an article about the past week's game sales figures. The writer notes that the Sengoku Basara series is a little unusual amongst games for having a hardcore fanbase which supplements the sales of the main game with stage plays and other events.

I smiled a little at the summary of some recent Sengoku Basara 4 gatherings which once again mentioned the foreign fans who had attended the game's launch event as a sign of its impact: "Some of the fans had even come all the way from overseas! You could really feel the extent of Sengoku Basara's popularity!"

From 21st March 2014, fans in Japan can visit their local amusement arcades to win some cute 'Kyun-Chara Illustrations' keychain fobs. They're available in twelve different designs and the packaging can supposedly even be used as postcards. 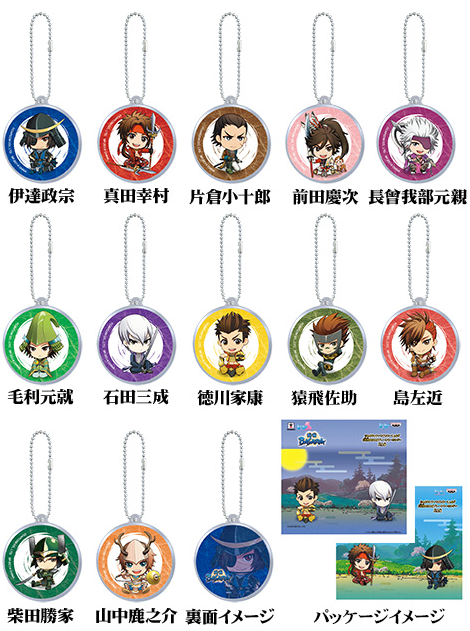 Meanwhile, the previously-announced hooded towels are already available in game centres across the country, providing would-be cosplayers with the chance to pretend to be Masamune or Mitsunari with less effort than ever before. 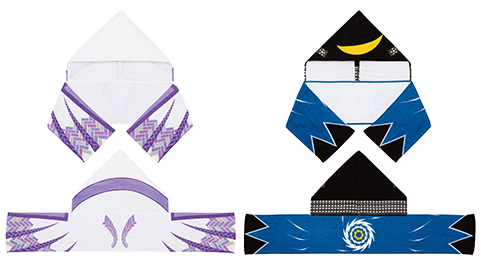 4Gamer reports that the Street Fighter x All Capcom smartphone game has now properly introduced the first four characters from the Sengoku Basara series: Masamune, Yukimura, Ieyasu and Mitsunari. A Sekigahara-themed event is running within the game this month. I'm not going to pretend that I know anything more about Street Fighter x All Capcom than that, so let's just enjoy the cute character artwork! 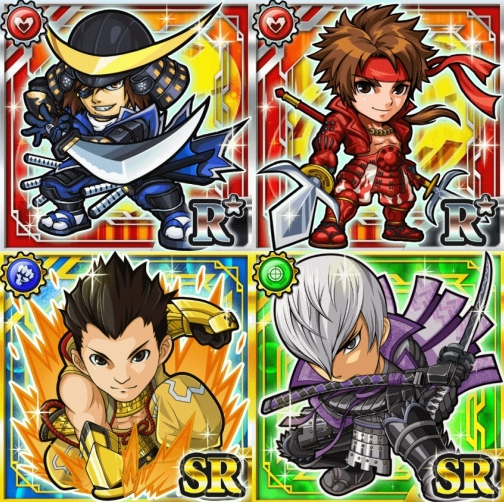 There are so many books coming out over the next few weeks that I thought it would be helpful to make a summary. These are still being listed by many stores so keep checking your favourite import book website if you can't find them all. Please note that the release dates and titles are subject to change until Capcom formally announces all of the books with a press release.

22nd February 2014: Sengoku Basara 4: The Complete Guide (ASCII Media Works)
An alternative strategy guide with more information than the V-Jump book which came out a month earlier. It promises to include 4-panel Mame Sengoku Basara strips and information about what determines the order of stages in Sengoku Creation mode, so I guess I'll pick it up.

27th February 2014: Sengoku Basara Magazine volume 4
This issue will contain information about the anime, so it's a must-have! It's dedicated to Ishida Mitsunari and the rest of the contents are as I've described them previously.

27th March 2014: Mame Sengoku Basara volume 5 (Sumeragi)
This is the final volume before the series transitions into Mame Sengoku Basara 4 in March. Sakon and Katsuie were shown from behind in 'Mame' form in the last serialised chapter to increase the anticipation.

29th March 2014: Sengoku Basara Series Official Anthology Comic: Gakuen Basara 7
Ami Ami have confirmed that the new Sengoku Basara 4 characters will make their Gakuen Basara debuts in this volume so we can expect to see Shima Sakon and Shibata Katsuie in school uniforms very soon. I wonder what kind of role Yoshiteru will play if he makes his debut too..? Some kind of crazy Minister of Education?

That's all for now; I expect I'll be adding another news post very soon once the announcements have been made tomorrow!
at 10:39:00 pm