I reshuffled my work day today in order to be around for these two special broadcasts. So, in order of importance...

Today's special video broadcast announced the next Butai Sengoku Basara stage play project: Butai Sengoku Basara 3: Togakuruwashi Kizuna ('Bonds Wrongly Gone Awry'). I apologise for the inelegant translation of the title; it's obviously meant to refer to the relationship between Mitsunari and Ieyasu which falls apart so catastrophically in Sengoku Basara 3.

The play will run in three cities with 26 shows in total:

Ticket reservations will open on 8th February. The cast contains an amazing 22 stars:

Two different Yukimuras have been cast to cover the performances in different regions. This will be Matsumura's first time in the role; I hope the eventual DVD release includes footage of both as it will be very interesting to compare him to Yoshioka. The other newcomers are Yokoyama Masafumi (Kanbee) and Yagami Ren (Motochika) - he'll be the third person to play Motochika in the series to date.

Most of all, I'm very excited to see Keiji is returning to the play series; Isaka's performance was amazing back in Butai Sengoku Basara 2.

Shortly before the broadcast began it was announced that series director YamamotoD and producer KobaP would be joining in as special guests today, and they joined hosts Kanada Satoshi and Nakada Kurumi in the studio right at the beginning. 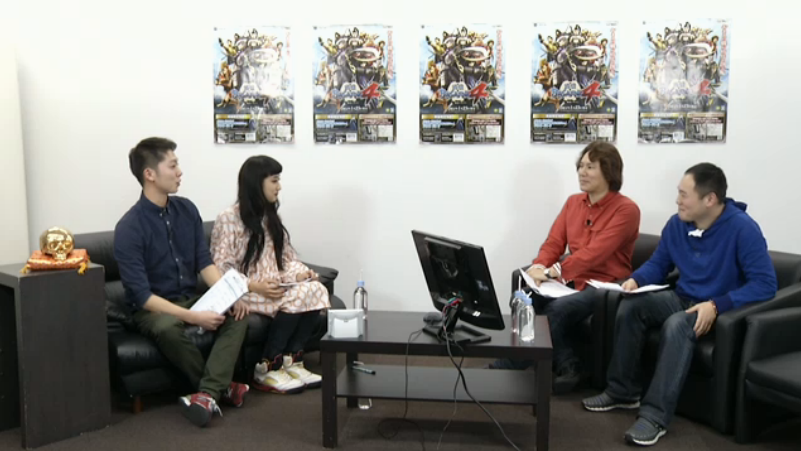 After the hosts all watched and commentated on the game's opening video together, seiyuu guest Nakamura Yuuichi (Shima Sakon) arrived to perform some lines in character and demonstrate the game. 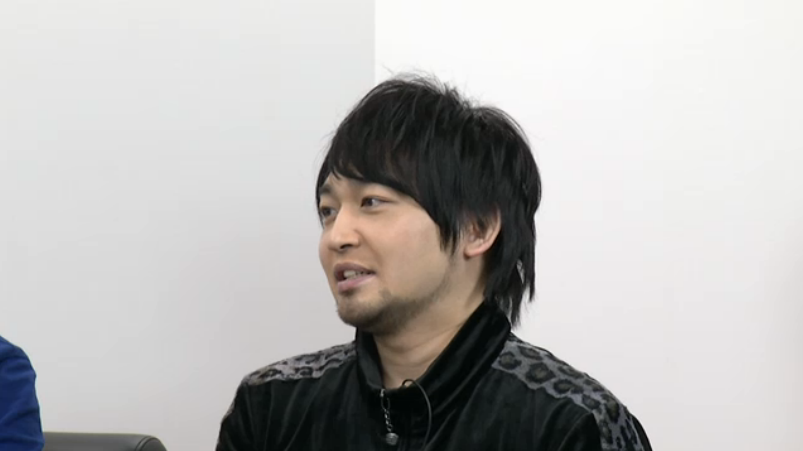 Since Nakamura had been too ill to appear at Basara Matsuri back in January, this was my first time seeing him playing Sakon. His gameplay demonstration on the Shizugatake: Advance of the Oda Vanguard stage, soon showed that Nakamura wasn't all that great at the game as he blundered around into the enemy forces. Still, he tried his best.

Dogma Kazami and Aoki Shiki (Maou) took over once Nakamura was done. Both KobaP and YamamotoD joined them for the challenge session. This time their goal was 'really easy' according to KobaP: win within 15 minutes on the Hard difficulty, and with a 1,000 hit combo.

I was immediately confused when Maou agreed to play as Katsuie for the first time then chose him with the Nagamasa DLC costume, which I'd temporarily forgotten existed (despite having translated news about it a bunch of times). Finally noticing that he wasn't, in fact, Nagamasa, I settled down to watch Maou's attempt at Kenshin's Kawanakajima stage with Oichi as her tag partner. She had a better idea of what was going on than Nakamura had so she managed to clear KobaP's challenge without any major problems. It was quite funny towards the end; Matabee caused a panic by suddenly interrupted the boss fight when she was planning her grand finish. 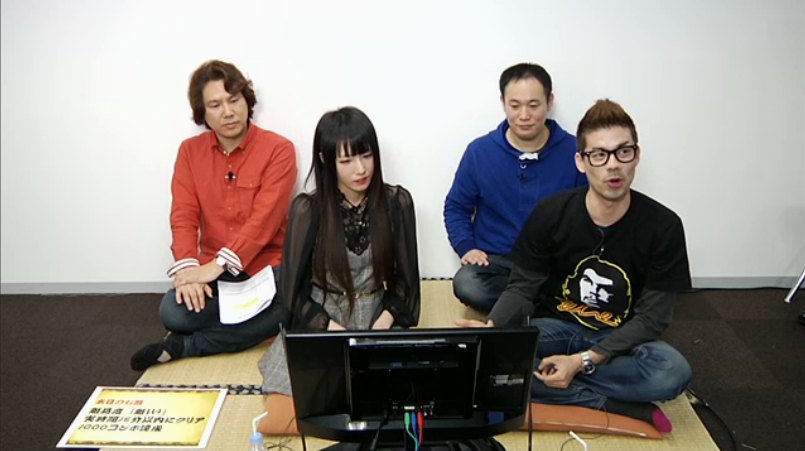 The second half of the challenge required Dogma Kazami playing as Ieyasu and Tadakatsu on the Kaga Onsen stage. He almost failed during the first boss fight when Tsuruhime defeated Ieyasu and despite recovering, he timed out right at the end of the final battle. He was told to apologise and perform a formal bow. 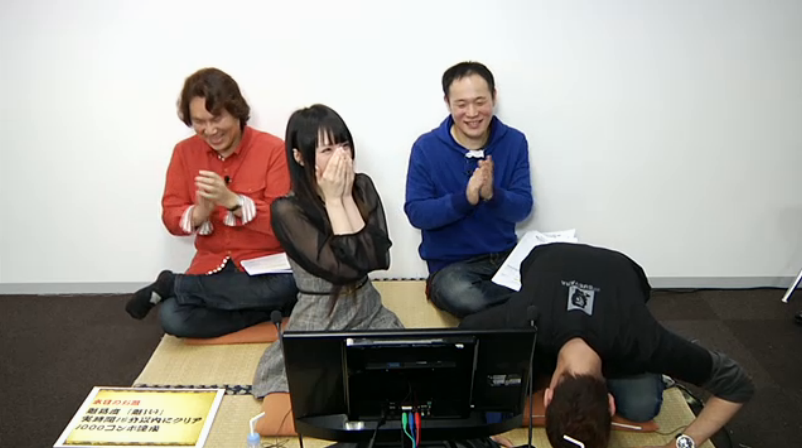 Back to the main studio, KobaP and YamamotoD summarised the latest Sengoku Basara news and then Kanada announced the final keyword for the golden skull competition - which revealed that today was actually his birthday. Aww...

Sengoku Basara 4 Bushou Hiden No Sho was one of the two books which came inside the Hyakka Ryouran Tamatebako version of the game. It's a lovely hardback full of character information and design illustrations; the limited edition was well worth the extra cost for this alone.

I'm not going to translate the entire thing but I think it might be interesting to pick out the parts which explain some of the design decisions. Character designer Ookubo Tooru made plenty of notes on his influences when designing the alternate outfits and new characters, which might be important to fans who weren't able to pick up a copy of the book.
The book also includes a set of very important pictures of Gotou Matabee without his helmet, proving that he has a proper sakayaki hairstyle. I'd been hoping for this ever since it was confirmed he had a chonmage samurai topknot; fan artists had been split on the matter but now there's evidence he really should have a shaved head. Hurrah.

An interview with both series director Yamamoto Makoto and character designer Ookubu Tooru had a few additional tidbits of information:

The interview with the manga creators from CLAMP is quite funny too, however, I'm sure it will have been translated by the many CLAMP fans out there so I haven't touched it myself. I've seen that a lot of people have already been sharing the special illustrations they produced online so the information must be out there.
at 2:34:00 pm