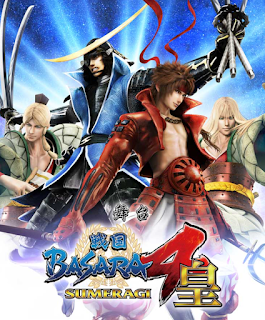 The lineup is now on the official website so everything has been confirmed. Most surprisingly, Date Masamune has been recast again, while Shiina, who used to play Ranmaru, is now back as Sasuke. We have a new Kotarou, too, which is a shame as I loved the old one. Meanwhile Shiramata is going to be the fourth Motochika; he gets recast every single time - and we have the series' third Magoichi making her debut. I've put the newcomers' names in bold.

Huh, no Oichi? No Yoshiteru? No Maria? It's sort of strange seeing Katsuie without any of his Oda allies, though I'm happy he's back and won't complain. Given that two of the three Sumeragi leads are missing, I think it's likely we'll see further adaptations once this play has completed its run. Mitsunari and Sakon being absent despite their staggering popularity is also a surprise.
at 8:09:00 am