The Butai Sengoku Basara vs Devil May Cry stage play is going to start its run just over a week from now, so the official site has been posting a large number of updates recently to get fans in the mood for some time-travelling, demon-fighting action. Shots of the cast in costume have been added along with short video messages from each actor introducing themselves. 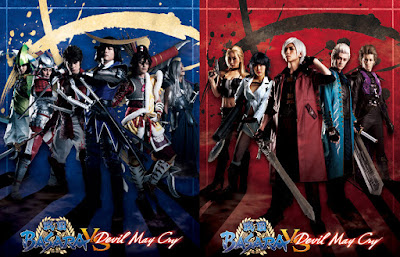 It's strange seeing Yoshida Tomokazu, the actor who played Kojuurou for years in Butai Sengoku Basara, elaborately dressed up as the 'black knight' (previously billed as Prototype Nelo Angelo). I'm curious about how this stage play is going to turn out.

Of course, fans lucky enough to visit the theatre will be able to commemorate this strange crossover with a wide range of special merchandise as usual.

An official 32-page colour pamphlet (programme) laid out to feature both series for ¥2,500. It will include an interview with KobaP and the play's director Ujigawa Masanari: 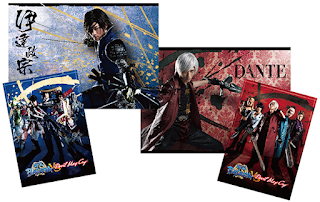 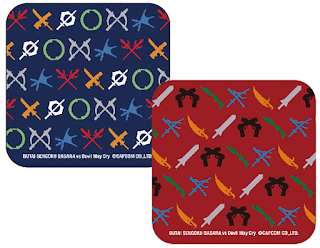 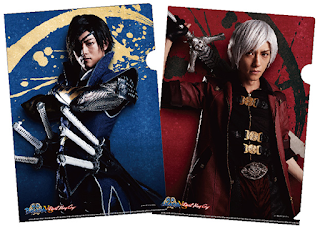 A large uchiwa fan with Masamune on one side, Dante on the other for ¥1,000: 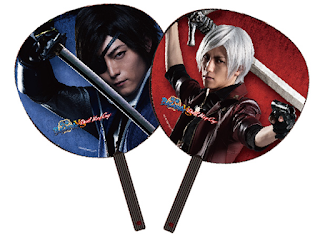 Eleven different sets of five cast photographs for ¥1,000 per set: 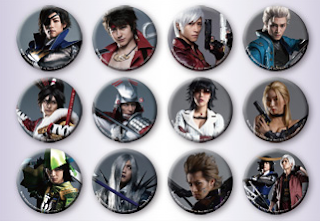 I know I must have been writing about Sengoku Basara news for a while as this is the third year in a row that I've reported that the series will be teaming up with the Akai Hane Kyoudou Bokin ('Red Feather Community Chest') national charity drive.

Brand new Sengoku Basara 4 Sumeragi posters will be used to promote the campaign across 29 prefectures and (hopefully) raise awareness of the need to donate starting from October 2015. This year, Yukimura is joining Masamune on the main poster artwork for the first time. 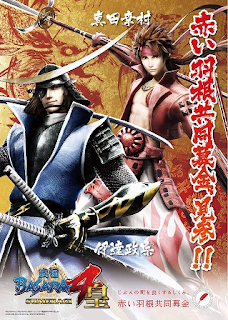 The Pasela chain has updated its website to show off the special Sengoku Basara food and drink available at its various entertainment locations. There's the Capcom Bar's new limited edition Sengoku Basara 4 Sumeragi menu, as well as the Pasela karaoke menu and the food/drink menus from its two themed cafes. Some of the drink designs are incredible, like the Tadakatsu cocoa, the scary-looking Hisahide drink with hot peppers and the probably-difficult-to-drink Kanbee cocktail complete with iron ball.

I can't believe that even Musashi and 'Poem' Amago have themed drinks available... 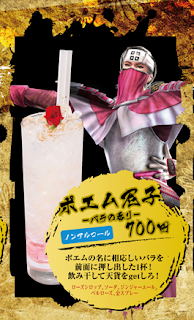 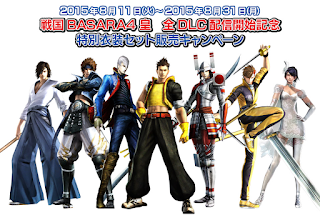 Listings begin to appear for the Sengoku Basara: Bontenmaru-hen manga

I know a few fans have been waiting for this. A Manga Oh listing has appeared this week to confirm that Yoshihara Motoki's Sengoku Basara: Bontenmaru-hen manga from Sengoku Basara Magazine is soon going to be available as a standalone book. The price has yet to be confirmed but the manga will be published under the Dengeki Comics NEXT line on 26th September 2015. If you're one of the fans who have been wanting to read the story without buying all of the individual magazines, this will be a great chance to catch up and read the story of Masamune's past. I expect that the book will collect the entire story since it doesn't have a volume number.

The cover artwork for the series' next drama CD is previewed

The final cover art for the Sengoku Basara 4: Sanbee Souran ~Oushuu Ni Teru Hikari~ ('Three '-bee' Mayhem ~The Future Which Shines On Oushuu~ drama CD has now been posted on the Dengekiya shop. 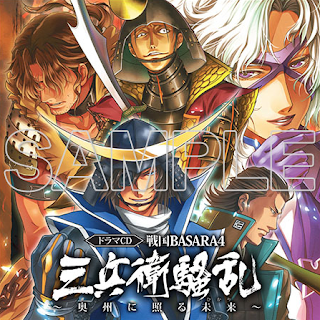 There are also previews for the bonus illustrations which come with the first press edition. 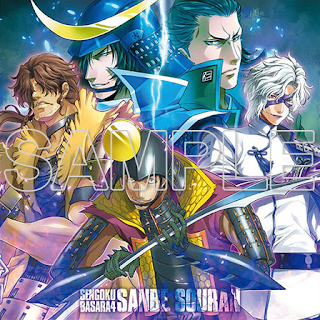 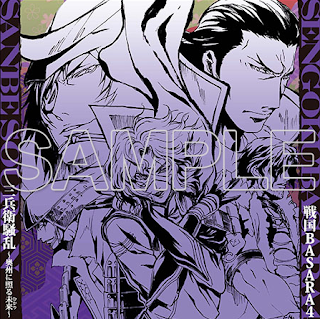 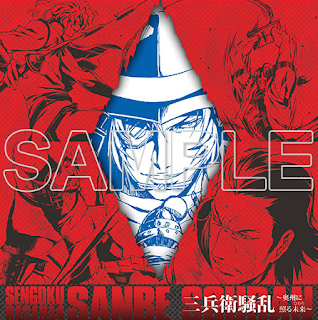 Catching up on the latest Sengoku Basara 4 Sumeragi promotional videos

Friday's new video was one we have already seen before, but now it's possible to watch (Approximately) 10-second Theatre: Flame Shingen, Ice Kenshin at any time as a standalone clip.


Information wanted: Does your copy of Sengoku Basara 4 Sumeragi have muffled audio?

A couple of people have sent me messages about their copies of Sengoku Basara 4 Sumeragi having some kind of issue with muffled sounds. I haven't experienced this at all myself and I haven't heard any Japanese fans talking about it, but I'd like to help if I can.

Out of curiosity, have any other readers experienced audio problems with the game? If you can confirm the symptoms, version (PS3/PS4, disc or download) and any other information you have, I'll try to investigate this further when I have some time.
at 4:24:00 pm