A few things arrived in the post this week which deserved to be pictured.

Way back in January, the Lawson chain of convenience stores ran a special Sengoku Basara 4 promotion with a bunch of cool prizes. I was over in Japan at the time the campaign began so I tried my hardest to win the cool Date Masamune alarm clock - and failed.

However, in the end I managed to win one of the consolation prizes, which was a set of three A4 clear files. They finally arrived this week and I got to see them for the first time!

The first clear file is the one pictured on the campaign page, showing the special artwork that was created for the HMV/Loppi store-exclusive game sleeve. I put some white paper behind the image to make it easier to see. 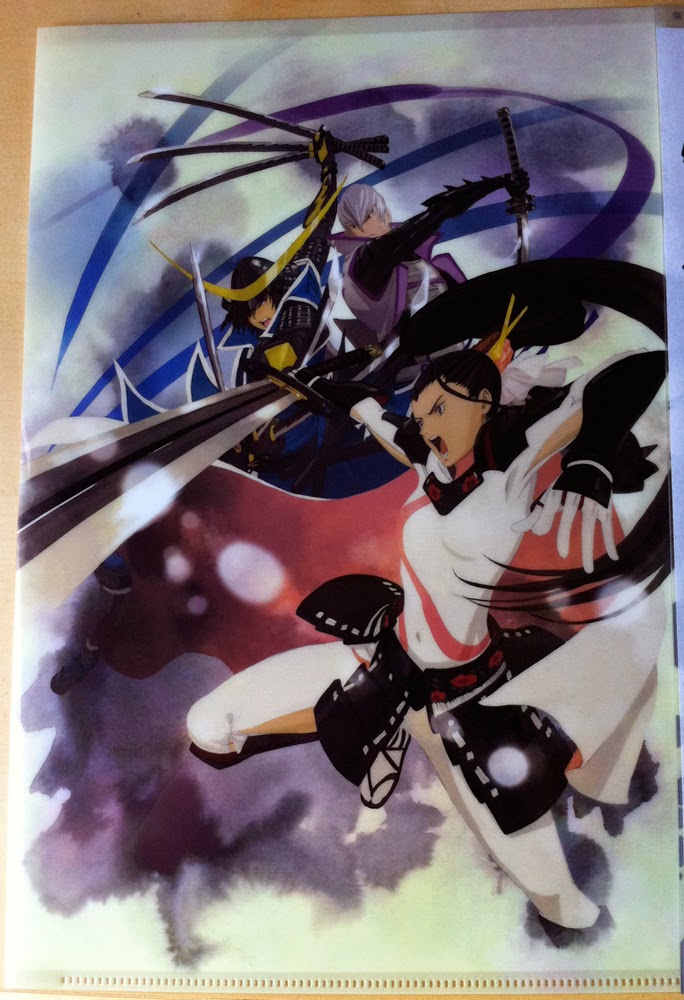 The next file depicts the 'Production I.G.'-style Date Masamune again, this time in his Lawson uniform. 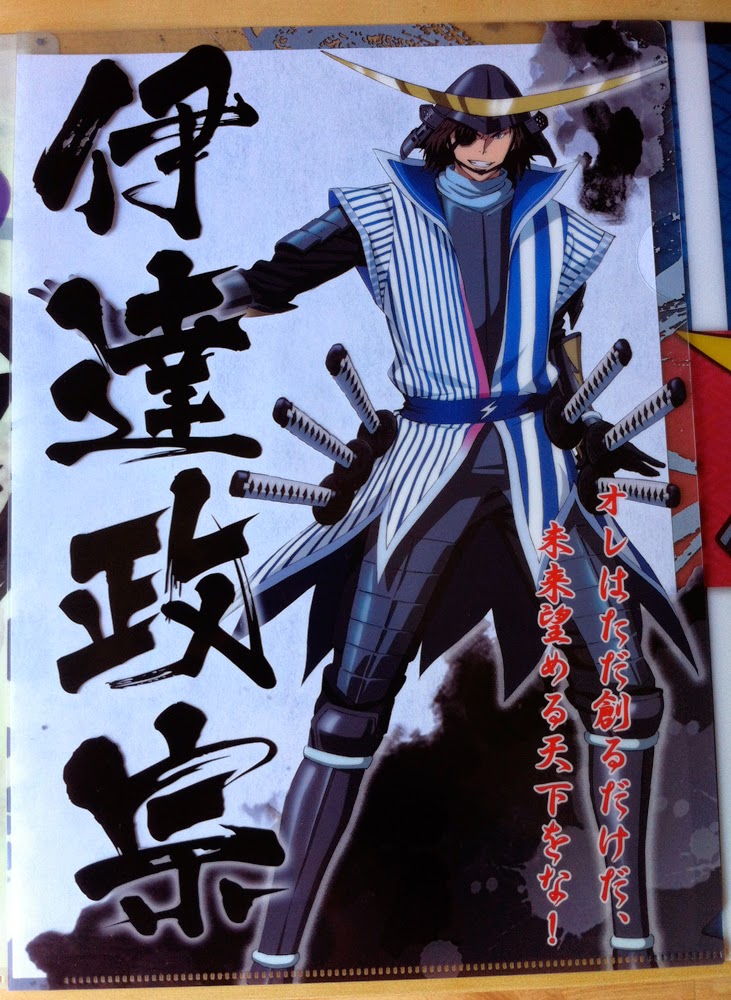 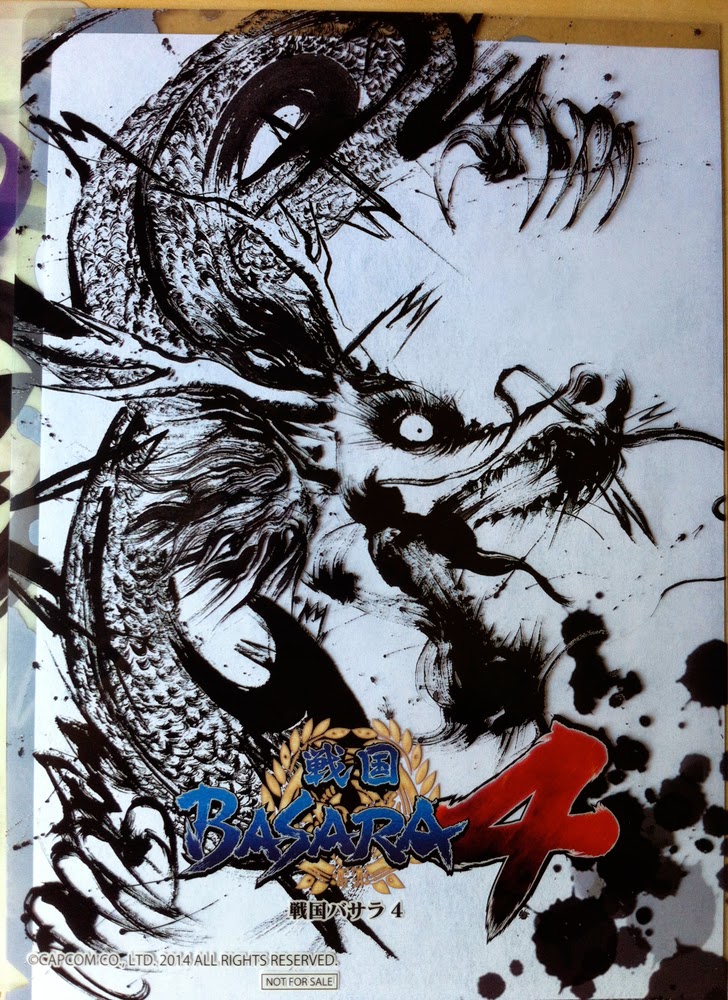 The last of the three clear files is a silly one, showing Masamune in Mame Sengoku Basara form with Lawson's Karaage-kun mascot perched atop his head. 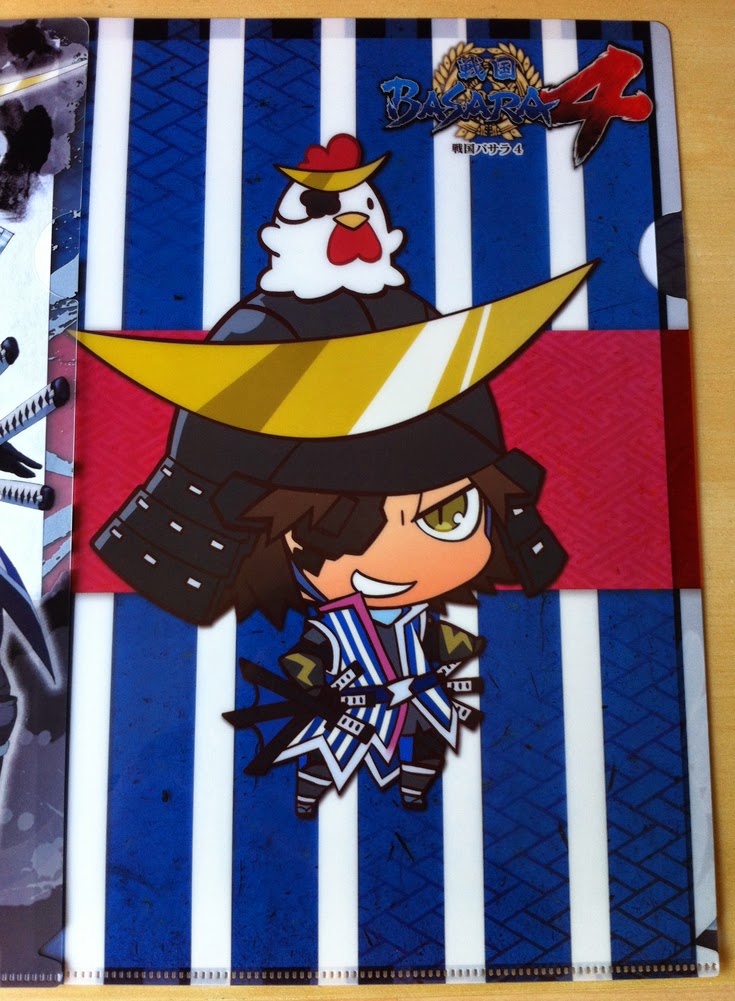 The same shipment also contained my Sengoku Basara 4 Basara Matsuri 2014 ~Shinshun No Utage~ DVD, which I'll review in the next week or two. The Nendoroid figure of Levi from Shingeki No Kyojin (Attack On Titan) arrived separately - he was a bargain from the Crunchyroll store thanks to the discount coupon that was bundled with my last renewal. 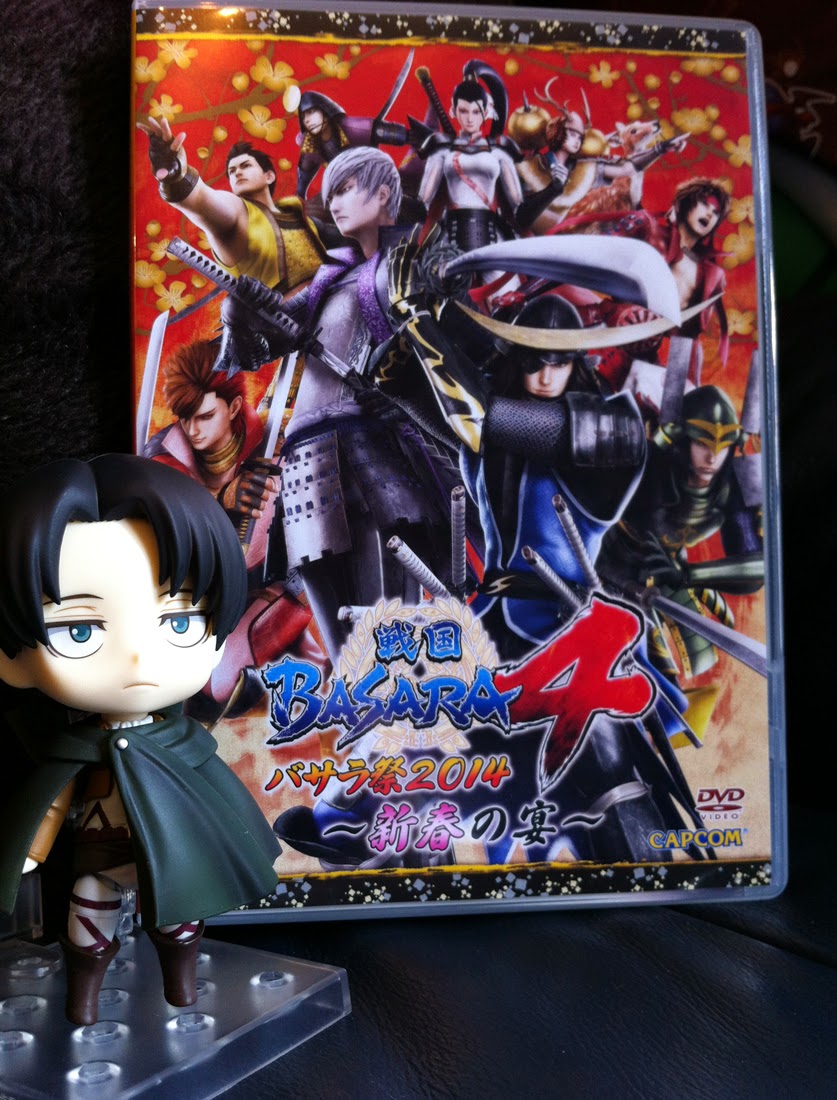 The last item is the Diabolik Lovers do-S Kyuuketsu CD: VERSUS II Vol. IV Carla VS Shin with its Animate-exclusive bromide. I haven't heard the new characters speaking before; it's a little exciting. 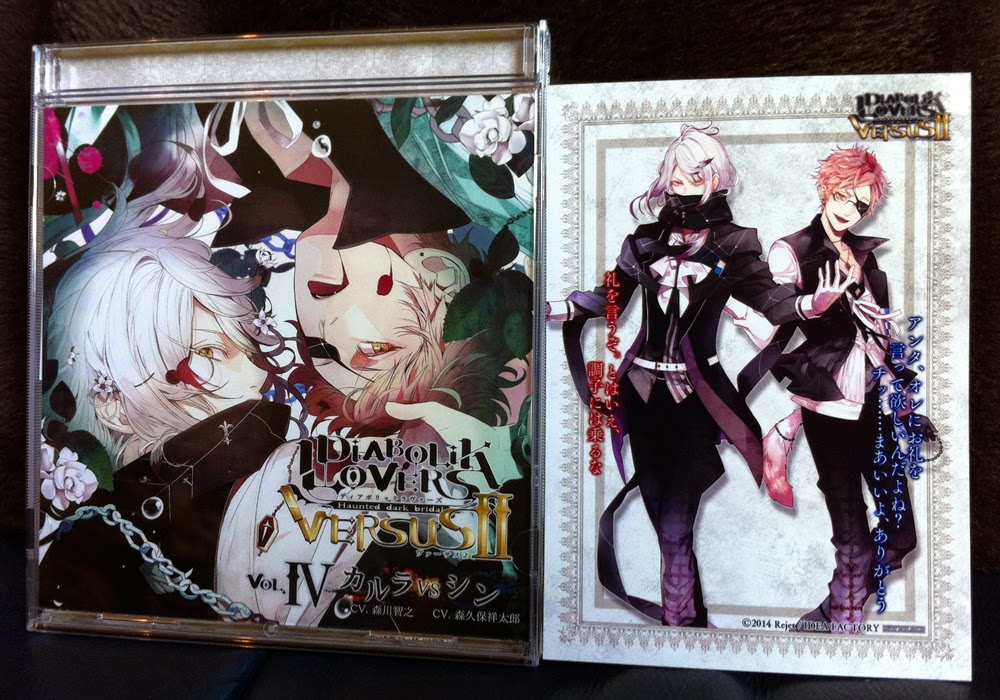