There are going to be mild Sengoku Basara: Judge End (Sengoku Basara -End of Judgement-) spoilers throughout this entire post because it's difficult to talk about the latest magazine coverage without them. Please be warned.

I received my shipment of August anime magazines yesterday, so it's time for the usual roundup of Judge End promotional news. There's less than usual this month, in part due to the new Kuroshitsuji (Black Butler) television which is dominating the mainstream anime media right now (thankfully, I'm a fan of that series too). 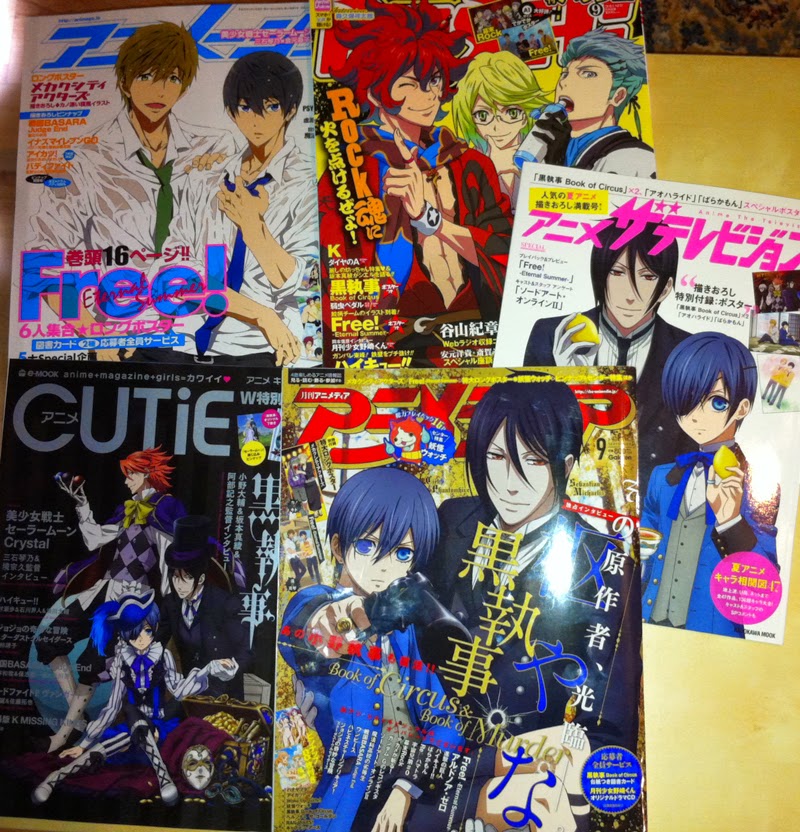 First is Monthly Animedia. There's no new information in the two-page article, but there is a very entertaining illustration of Masamune relaxing by going fishing. Naturally, he's adopted his signature six-claw style. 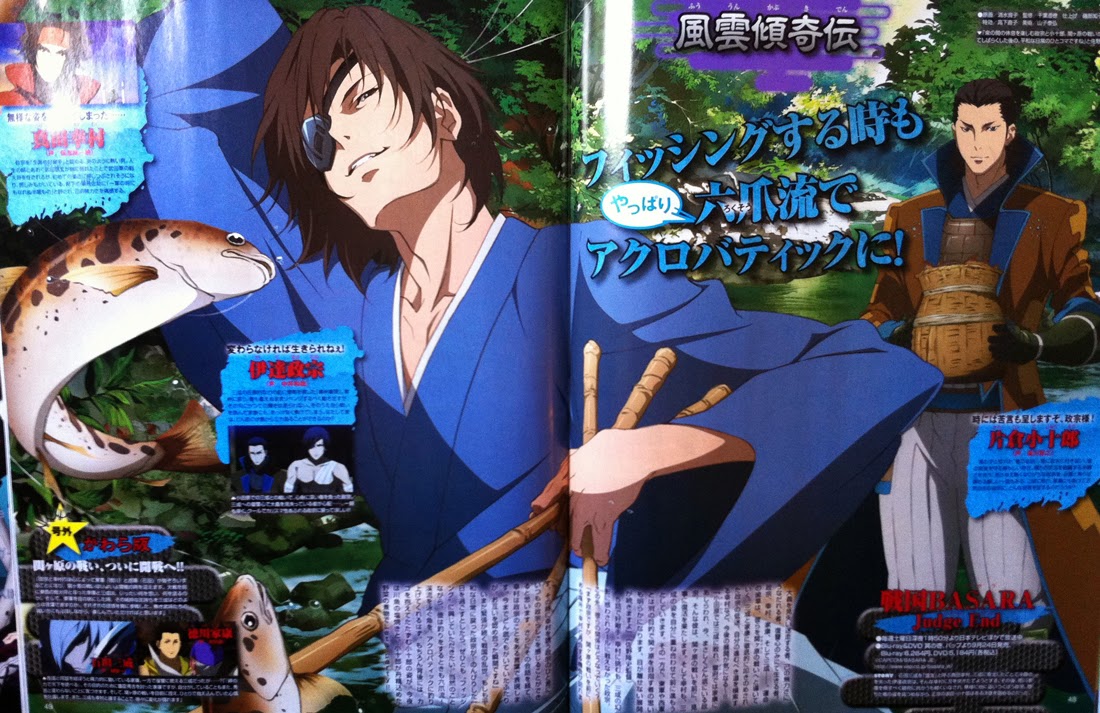 There's a lovely fan art of the four Judge End leads drawn by Asakura Yuri in the gallery, too.

The television listings confirm the episode titles for the next few episodes of the anime. We already knew the first but I'll include it anyway.

The series will not be broadcast on the weekend of 30th August.

Moving on, Animage magazine has devoted itself wholeheartedly to Masamune and Yukimura this month. 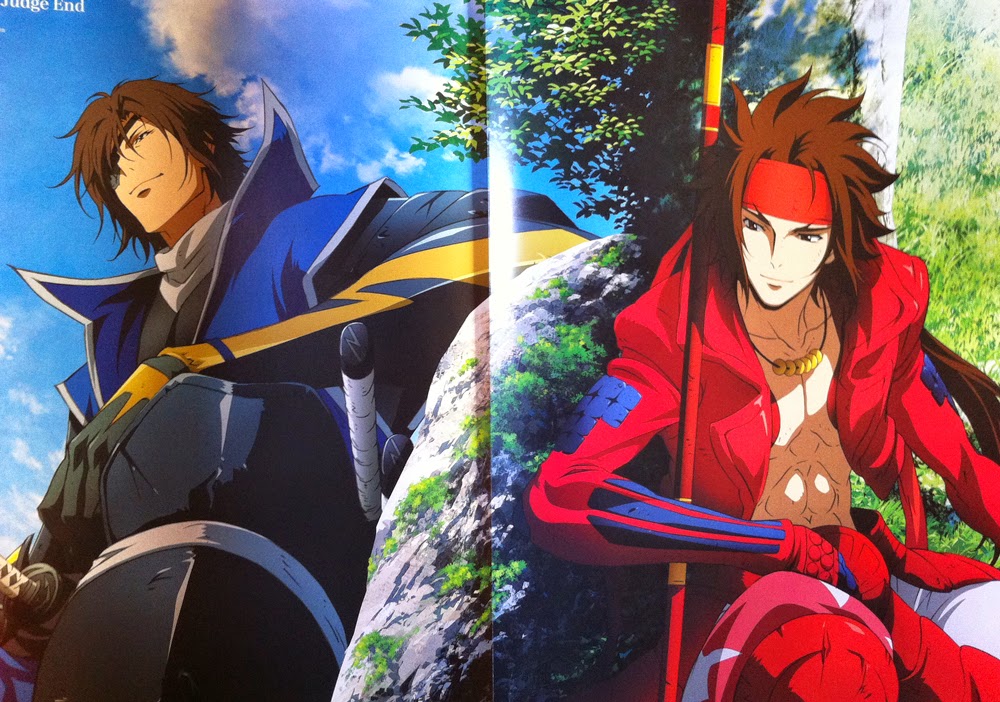 The pull-out poster of the two of them relaxing is accompanied by a four-page article, including a lengthy interview with seiyuu Nakai Kazuya (Date Masamune) and Hoshi Souichirou (Sanada Yukimura) on 'the growth of Azure-Crimson'.
Monthly PASH! has the weakest coverage this month with a two-page article full of screenshots. It's saved by a short interview with anime producer Itou Kouhei.
In place of the previously-disappointing Newtype and Otomedia (which isn't published this month), I picked up two completely different magazines.

Kadokawa recently produced a special mook with coverage of this summer's anime titles called Anime The Television. It is plainly aimed at female readers and includes four pages of Judge End coverage. The article's main attraction is a pair of interviews. The first of these is with director Sano Takashi.
The second interview is with seiyuu Hoshi Souichirou (Sanada Yukimura).
To help draw attention to the article there's a large illustration of Masamune and Yukimura fighting. 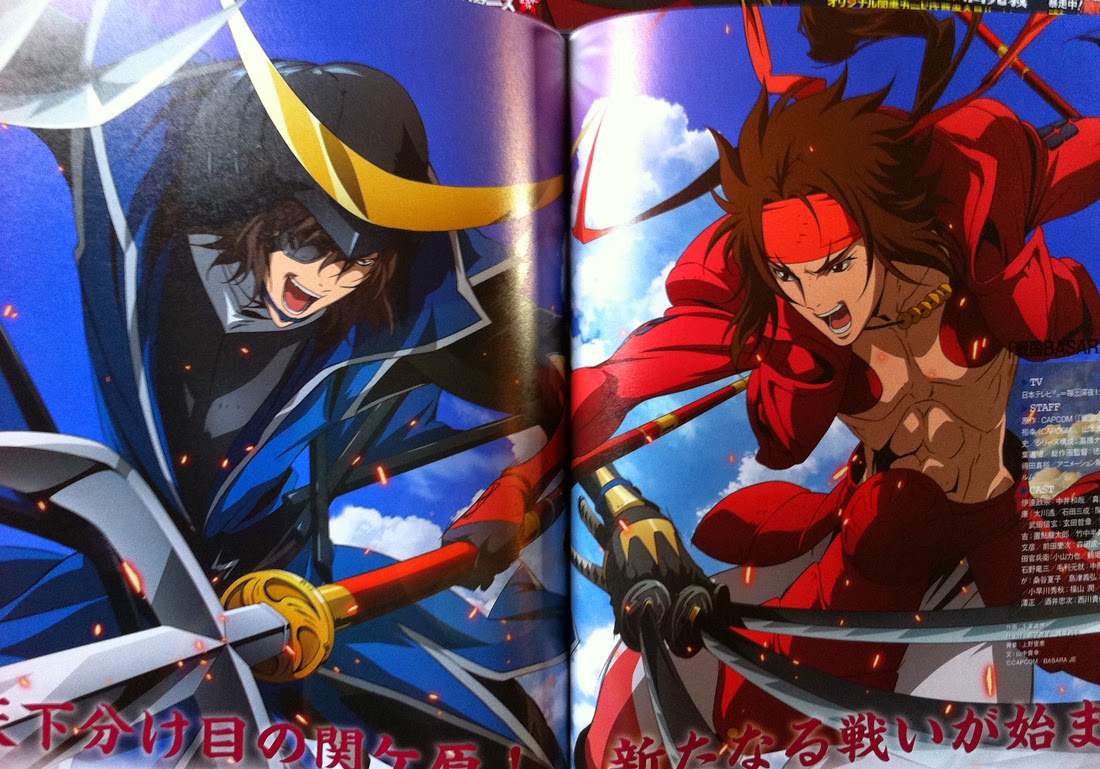 Not to be outdone, Takarajimasha also have four pages of Sengoku Basara Judge End content in their 'e-mook' Anime CUTiE. It's another thick, colourful magazine aimed at girls and despite its title it includes a little game and manga coverage to complement the anime. The Judge End article takes the form of three very short interviews with seiyuu Nakai Kazuya (Date Masamune), Hoshi Souichirou (Sanada Yukimura) and Ookawa Tooru (Tokugawa Ieyasu) alongside an ad for the Sengoku Basara 4 Special Package rerelease which came out last month.
The interviews really are very short so that's the best I can do!

I got excited the other day when Isono Kazumasa was added to the official character roster on the Sengoku Basara: Judge End website but I have since rewatched episode five, where it turns out he was credited already. I think he was the angry Oda soldier pictured below - presumably he'll be showing up again in future! 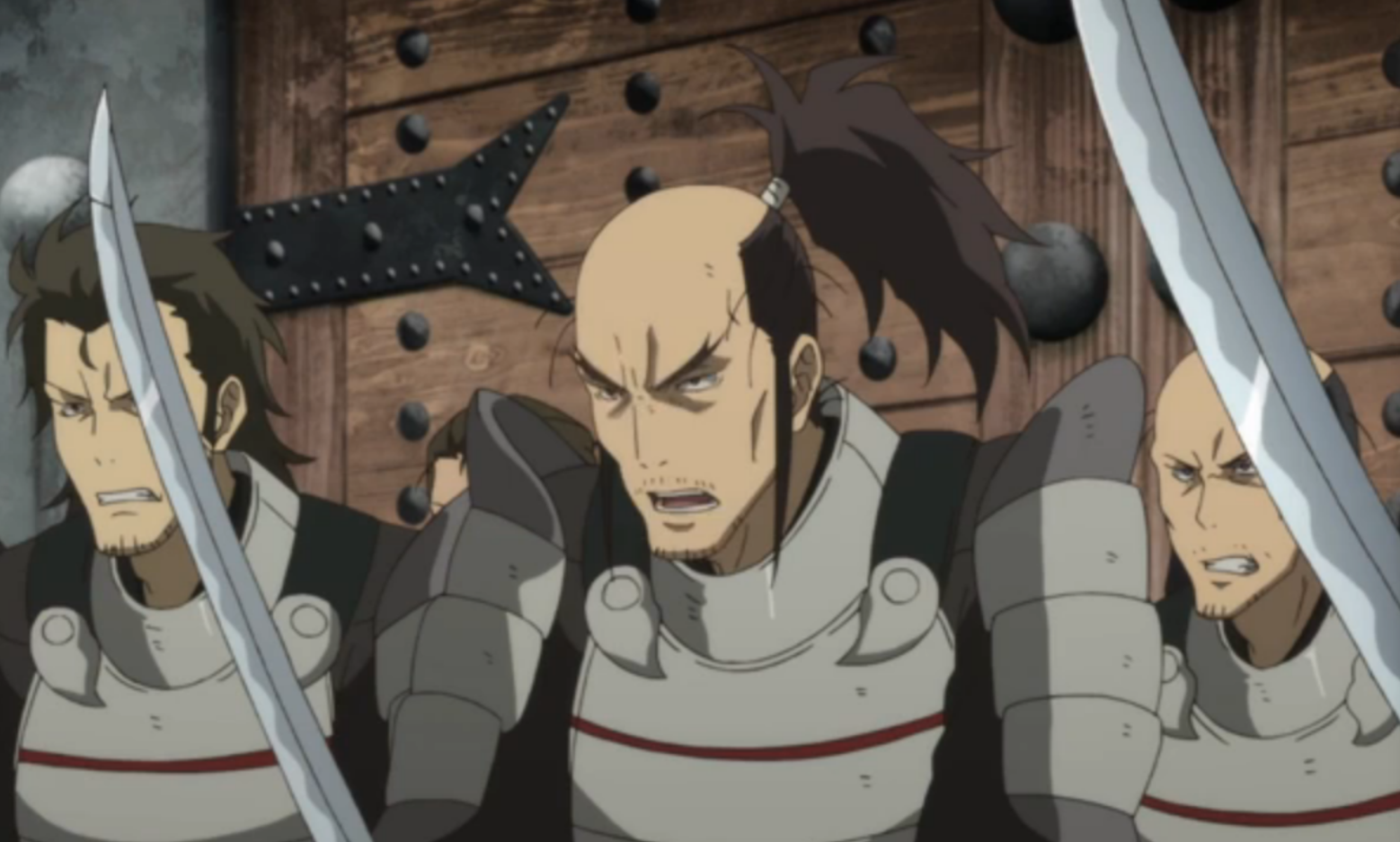 The last piece of Judge End news for the day is that it's been confirmed that Morita Masakazu (Maeda Keiji) will be the seiyuu guest for the bonus radio CD included in the third volume of Sengoku Basara: Judge End on DVD and Blu-ray.
at 1:30:00 pm