I haven't been able to personally verify this but I think the latest Sengoku Basara: Judge End rumours coming out of Japan are worth mentioning. According to an anonymous poster on 2ch, the staff list for the upcoming anime is going to be as follows:

Telecom had already been officially confirmed as the production studio and the rest of the list is certainly plausible.

Since I've seen a few people voicing concerns about the voice actors, I want to confirm that initial seiyuu cast is on the official website and unchanged from the original announcement:

There's still no date confirmed for the anime's debut other than '2014'. The story will be based on the Battle of Sekigahara from Sengoku Basara 3.

The next official media coverage will be on 10th May 2014 when the June issues of Monthly PASH! and Otomedia magazines hit store shelves in Japan. I'm not sure which of the two is the source of the rumoured staff list, but either way we should have conformation this weekend.

Edit 08/05/2014: This has all now been confirmed via an update to the anime's official website. In addition to the new key visual, character designs and confirmations, the site reveals that Sengoku Basara: Judge End's sound direction will be handled by Iwanami Yoshikazu. The newly-released character profiles show that this is going to be a much more faithful retelling of the Sengoku Basara 3 story than The Last Party was, with references to Masamune's defeat at Odawara, Shingen's illness and Mitsunari's seething hatred for Ieyasu. 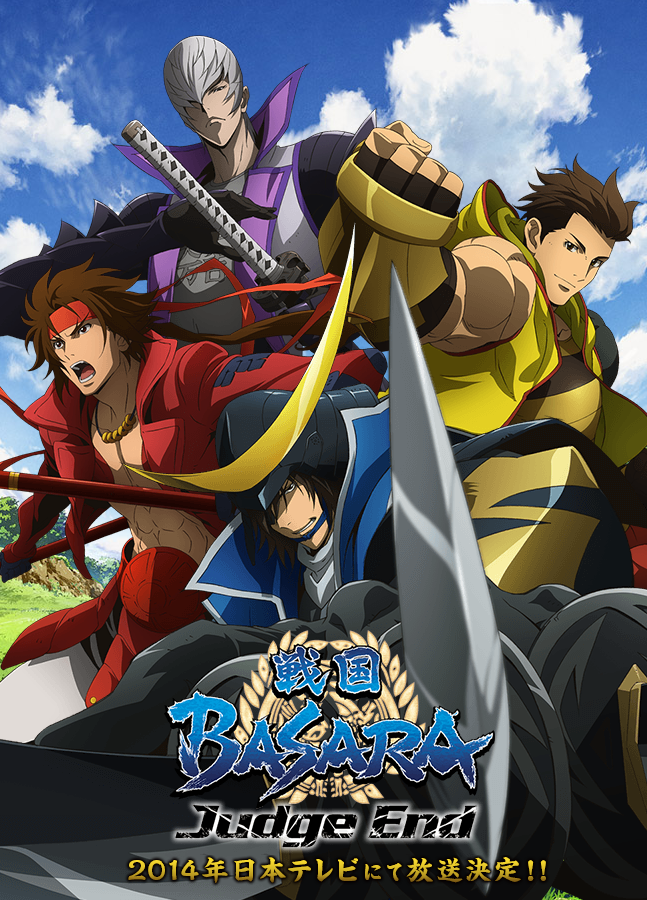