News roundup: Basara Matsuri starts in just a few hours, plus regional events and more on the upcoming stage play

It's almost time for Basara Matsuri!

We have all been waiting patiently for the latest news about Sengoku Basara: Sanada Yukimura-den, and finally that waiting should pay off this weekend during the Sengoku Basara 10th Anniversary Matsuri ~Feast of Ten Years, Ten Shades~. Personally, I'm expecting the usual excited-but-jumbled fan reports on Saturday and Sunday, followed by media reports on Sunday evening once the second show has finished and they're allowed to reveal the news. If a new promotional video debuts at the event - and one probably will - we should see it appearing on the official website on either Monday or Thursday next week, though there have been occasions where the media have included the new footage in their articles straight away.

The results of the last Basa-ranking are also due to be released soon. I wonder whether they'll reveal the winner at the event or save it until next week?

Of course, it wouldn't be a Basara Matsuri without exclusive merchandise for the attendees and the official website lists a number of items. Here's the selection that will be on offer this weekend. 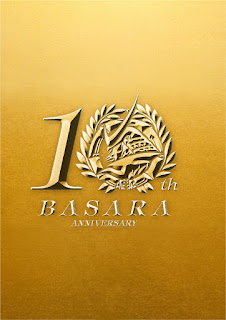 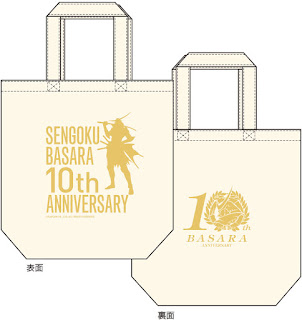 A commemorative wristband for ¥500: 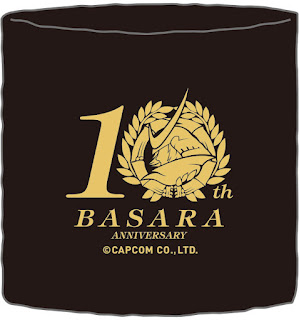 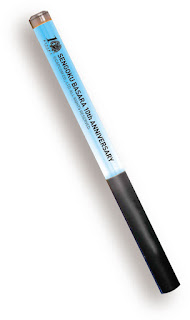 Two different luncheon mats for ¥1,000 each: 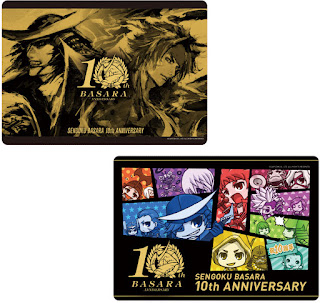 Sixteen different blind-boxed charms for ¥800 each: 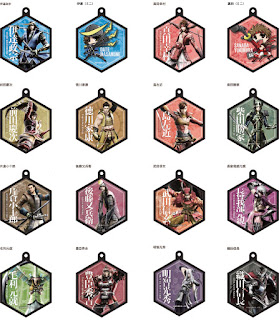 Some fans have taken to social media to voice their (mild) concerns that Keiji has been deposed by Yumekichi on the illustration for the luncheon mat. Well, it's the year of the monkey so perhaps Keiji was happy to step aside for his friend...

Learn more about the Kofu and Kochi regions - with Sengoku Basara

The ongoing collaboration between the Kofu region and Sengoku Basara continues with a new campaign: 'Takeda Shingen Returns!'. It's a dedicated website which uses the Sengoku Basara versions of Shingen, Yukimura and Sasuke to highlight the historical tourist attractions in the area. Videos are planned for late March 2016, too. Amazingly, the page has Chinese, English and Bahasa Indonesia versions planned so foreign tourists are welcome to join in with the fun. 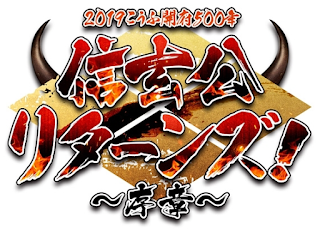 Shingen isn't the only Sengoku Basara character working hard to promote his namesake's home turf. Chousokabe Motochika has been selected to appear in ads for the 18th Kurofune Shou ('Black Ship Prize') event on behalf of Kochi Racecourse. The race will be held on 15th March 2016; fans who like horse racing and Sengoku Basara will probably get a kick out of the tie-in. 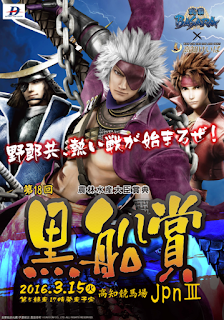 The campaign comes with a short promotional video to add to the fun:


A few more details about that new art book

There's an official announcement for the upcoming Sengoku Basara Motoki Yoshihara Illustrations book now, which gives its general release date as 10th April 2016. It's priced low at ¥1,500 and contains 64 full-colour pages comprising around 80 different illustrations. There's also a preview at the bottom showing the exclusive event bonus you will receive if you purchase the book at next week's Game No Dengeki Kanshamatsuri 2016, Dengeki Comic Matsuri 2016 and Dengeki Bunko Haru No Saiten 2016 events.

The full cast details for the next stage play

The full cast list is as follows (newcomers are in bold):

Most of the actors are returning from Butai Sengoku Basara 4 Sumeragi which brings some much-needed consistency to the lead roles. We also have Isaka, Taniguchi and AKIRA returning to the series which is good to hea as I like all three of them, even though it begs a few questions - Kenshin without Kasuga and Shingen? No Katsuie? No Nagamasa and Oichi? Ranma and Nouhime are absent for this version of the Honnouji storyline too; will they squeeze a Ranmaru reference in anyway since Shiina used to play that role in the past? It's almost comical how few Oda-related characters are in the list.

In addition, I'm a little sad to see Kubodera Akira replaced as Nobunaga as I thought he was magnificent as the Demon King. The only brand-new character this time is Matabee; a very interesting choice. Even setting the storyline options aside, a play with both Mitsuhide and Matabee present is certain to offer some brutal combat scenes.

The composition and directorial credits go to Yorikojun this time. The games' scenario writer Matsuno Izuru collaborated with the story and the Sengoku Basara creators KobaP and YamamotoD are credited with planning and supervision. I think we can expect a little more brand new content once again.

The new play will be performed eighteen times in total across two venues: at the Zepp Blue Theater Roppongi in Tokyo (1st July - 10th July 2016) and at the Umeda Arts Theater's Theater DramaCity hall in Osaka (16th July - 18th July 2016).

The official website now includes ticket information and it's worth reading through the options carefully; four performances have 'after talk' sessions with some of the actors while four others have farewells from actors in the lobby after the show. There's also a small flower party with the full cast on 7th July to mark Tanabata. Furthermore, picture tickets will be offered for those who order in advance through the official fan club, one of four different exclusive photographs are available for attendees, and customers who attend the opening night in Tokyo or the closing nights at either venue will be presented with a special commemorative picture at the venue.
at 1:39:00 am