News roundup: A KobaP interview and some new product information

KobaP speaks to the Asahi Shimbun about the Sengoku Basara series

We may still be waiting for actual news through the gaming press, but in the meantime an interview with Sengoku Basara series producer Kobayashi Hiroyuki was recently published in the digital edition of the Asahi Shimbun newspaper.

Much of the interview covers information we already know since they talk about incidents dating back to the creation of the very first Sengoku Basara. It's nice to look back a little right before the promotion begins for the newest game, right?
I hope we'll get more solid news about the new game soon. There's a newsletter due for fan club members in the first week of March which promises to include an interview with directors YamamotoD and Tanaka and information about Sengoku Basara: Sanada Yukimura-den, and there's also the Basara Matsuri event which takes place on the first weekend of the month which is guaranteed to incorporate discussions about what we can expect. After all of this waiting, we should know a lot more very soon.

A new Sengoku Basara art book has been announced

Fans of Yoshihara Motoki's Sengoku Basara 4 manga adaptations will be pleased to know that an art book is on the way this spring. Sengoku Basara Motoki Yoshihara Illustrations will contain cleaned-up versions of those awesome pictures we've been seeing on Twitter over the last few months. 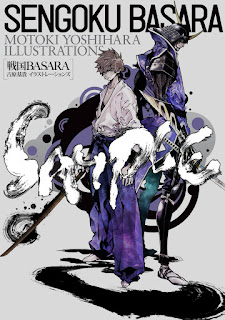 The Game No Dengeki Kanshamatsuri 2016, Dengeki Comic Matsuri 2016 and Dengeki Bunko Haru No Saiten 2016 events on 13th March 2016 will be offering the book ahead of its official release and a bonus is planned for those who purchase there. The rest of us will have to make do with regular mail order shops. 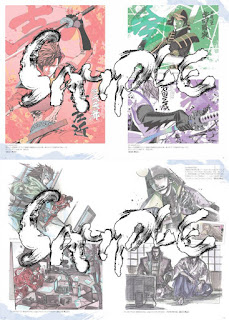 The third and (for now) final CD in the current series, Drama Yose CD Sengoku Basara -Sen No Rikyuu-, is being released this week in Japan. Accordingly, Animate TV have posted their usual preview article now with the cover artwork. 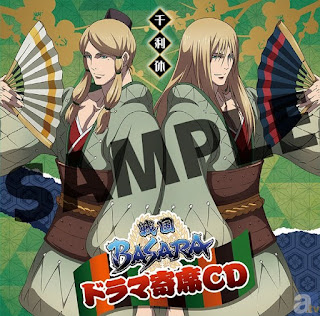 There's also a preview for the Animate-exclusive acrylic keychain which comes with the CD. 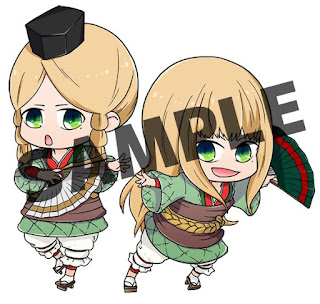 The listing for the first press special edition of the Butai Sengoku Basara 4 Sumeragi DVD went up on the official Ace Shop more quickly than usual, almost right after the show finished its run. The set is priced at ¥7,000 plus ¥500 for domestic shipping, and comprises two DVDs including the 160-minute show itself (filmed on the last day of the Tokyo performances) and 120 minutes of bonus footage. The first press bonus is a photo booklet. The audio is Japanese only and there are no translated subtitles. According to the listing, the extras will include footage from the curtain call of the grand finale in Osaka, a digest clip from the candid 'talk show' sessions with the actors and cast interviews. 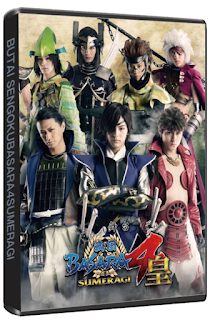 The DVD sets are expected to ship out in late April 2016 and all specification details are subject to change. There's still no word on a proper wide release for the recent stage plays, sadly; even though several foreign fans made the trip to see the live show the discs are still being treated as a Japan-only release.

A few other pieces of leftover merchandise are also available from the Ace Shop for the benefit of fans who couldn't make it to the theatres in person.
at 10:23:00 pm