There's nothing new at all in the latest Weekly Famitsu, possibly due to its extensive coverage of Sengoku Musou 4-II as release day approaches. I wonder whether the official Sengoku Basara 4 Sumeragi website will update again this week?

The Sengoku Basara games are currently heavily discounted on PSN

Between now and 11th February 2015, several Capcom games are receiving big discounts on the PlayStation Store.

In addition, Sengoku Basara 4 is receiving a permanent price reduction to ¥3,990 to help gamers catch up ready for the release of Sengoku Basara 4 Sumeragi, and all of the game's DLC is 50% off for the duration of the sale as follows.

Those who didn't attend last weekend's Basara Matsuri can now place their orders for the recording online at Amazon Japan, Animate and Yesasia, with more stores certain to add preorder listings very soon. The DVD version will be spread across two discs when it's released on 3rd June 2015 priced at ¥6,800 before tax. The content will include footage from both the evening and afternoon performances, with the latter edited into a clip show to reduce repetition. As usual, the T.M.Revolution mini-concert will not be included on the DVD version. The first press bonus is a booklet.

Famitsu has also posted its full report from the event with a bunch of new pictures.

Since this DVD set has been solicited for preorder so quickly, it makes the lack of any listing for a DVD of last year's Butai Sengoku Basara 4 stage play even stranger. I wonder when we'll be able to buy it...

Sengoku Basara Art Works will now be released in April, not February

I mentioned the upcoming book Sengoku Basara Art Works a little while ago and according to my latest order update it seems to have been pushed back from 25th February to 18th April 2015. Both Amazon and CD Japan have closed their listings, while AmiAmi is still accepting orders with a revised delivery date. Perhaps we'll hear more about the mystery book in the next volume of Sengoku Basara Magazine a few weeks from now?

Even more new Gakuen Basara merchandise is on the way

A CafeReo listing has appeared with a set of listings for new Animate-exclusive Gakuen Basara goods due in late March 2015. 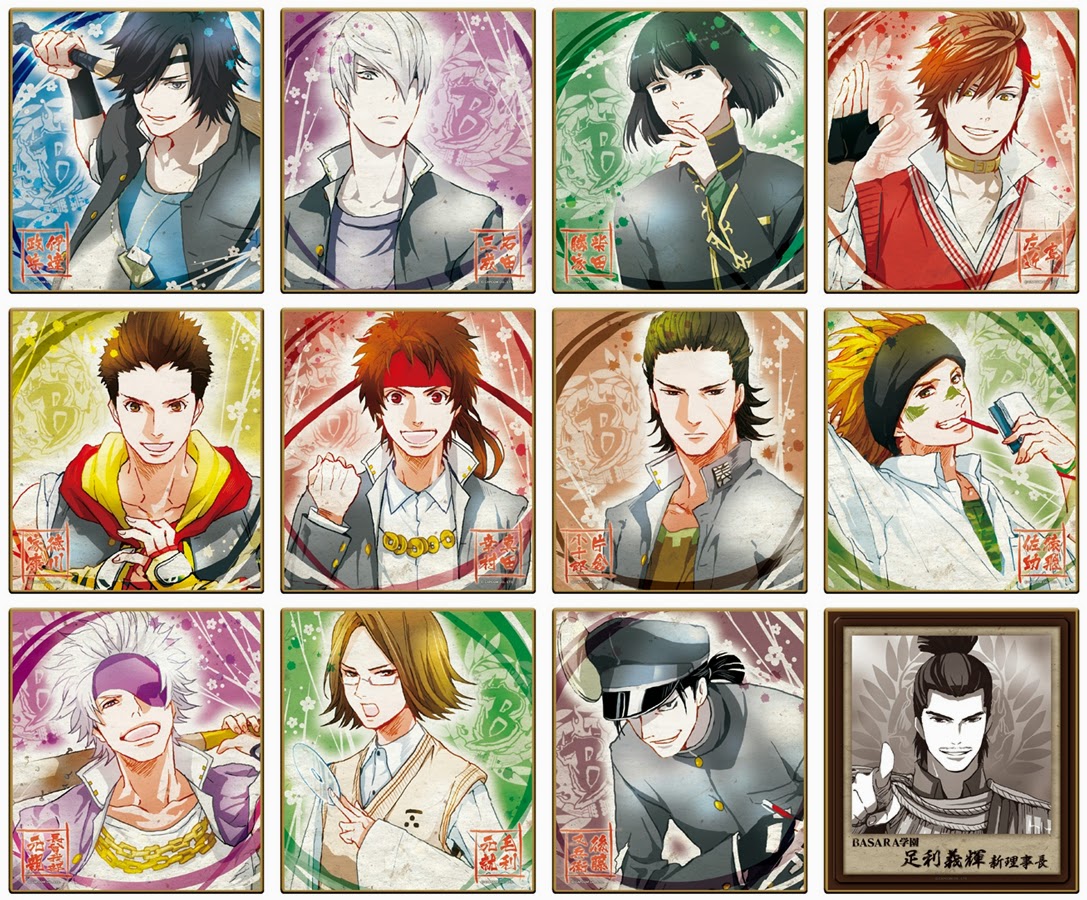 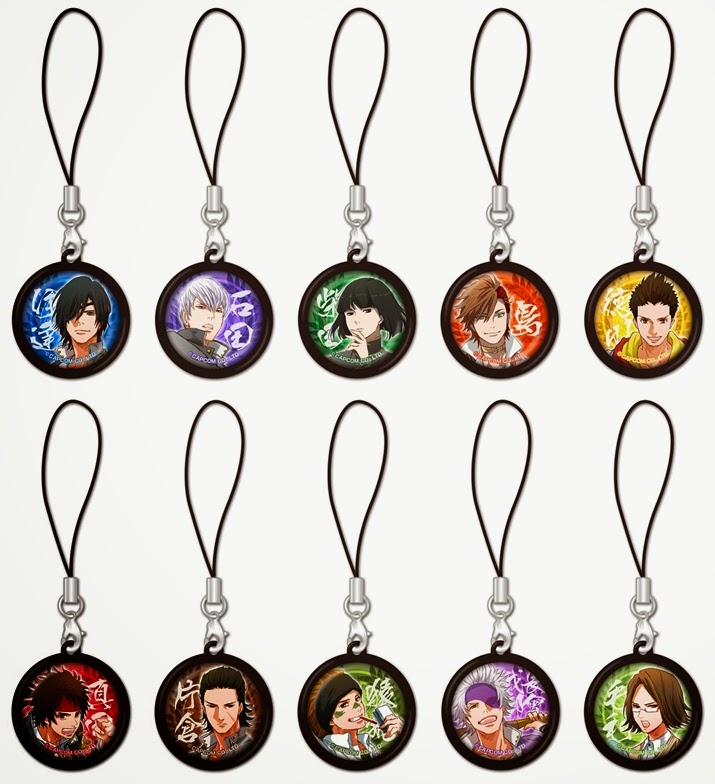 Thank you to Tatzel for spotting the new items (and creating a parody). It looks as though Otaku Republic will be making both sets available for people who can't order from Animate.

It won't be long now until Empty's Tokugawa Ieyasu Chara-Forme figure will be available, according to a recent blog post which also showed the first glimpse of the painted figure. Preorders are set to open on 17th February 2015.

Thank you to thebasariankaoru for being the first to mention this news!
at 8:36:00 pm