News roundup: T.M.Revolution is confirmed for the next Basara Matsuri

The second wave of announcements appeared on the official Basara Matsuri website this morning. Headlining the announcements is the first music guest: T.M. Revolution. I was reasonably sure he'd be appearing but it's good to have confirmation!

As for the other guests, Okamoto Nobuhiko (Shibata Katsuie) has been added to the list of seiyuu who will be attending the event. The first group of Butai Sengoku Basara 4 stage play actors has also been announced:

The next ticket lottery will begin accepting applications on Friday 10th October and this time it's open to the general public. Basara Matsuri is getting a lot of media attention already!

The first week sales for Sengoku Basara Judge End have now been revealed and it's suddenly being discussed by the wider anime community for all the wrong reasons after having been thoroughly ignored during its actual broadcast.

The first week total sales were 569 copies on DVD and 669 copies on Blu-ray for a total of 1,238 copies, a substantial drop from the previous Production I.G. adaptation. Please note that these statistics don't include exports or shops which don't report their sales, but they're still interesting for comparison.

I think anyone seriously expecting the show to do any better than that with its budget and the amount of promotion it's had would have been crazily optimistic. I know the actual content has proven divisive but the bigger problem that Judge End has faced is that hardly anyone seemed to know it was even airing outside of the hardcore audience. Many of the buyers were probably more interested in the bonus radio CDs than the show itself.

I'd be interested to know how well its merchandise is selling in comparison. Speaking of which...

The CafeReo website has updated to show a generous amount of new merchandise planned for late November. 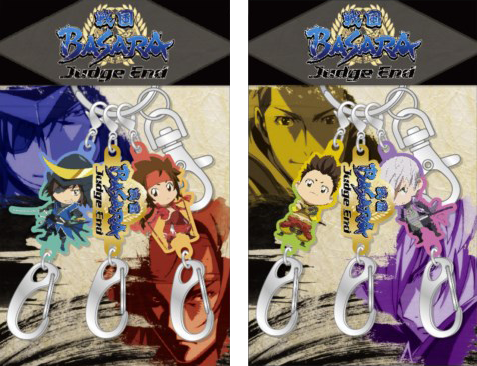 The Gekijouban Sengoku Basara -The Last Party- Official Illustration Collection II should be on its way to fans of Production I.G.'s anime adaptation very soon, and the cover has started to appear on online shopping sites. It's quite plain considering that the book is supposed to contain rare illustrations, so I guess we have to wait a little longer to glimpse what's inside. 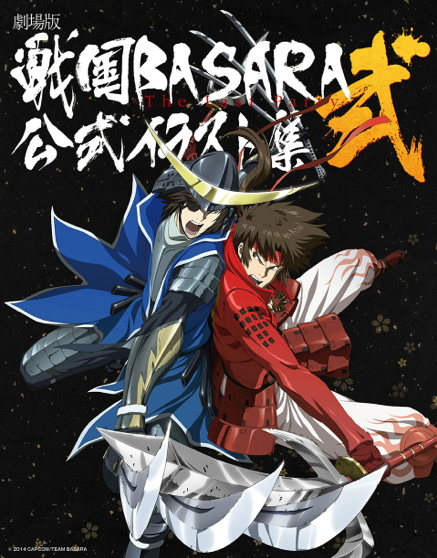