News roundup: Once again, even more Mame Sengoku Basara goodies are on the way

The range of Mame Sengoku Basara merchandise continues to expand

Fans of Mame Sengoku Basara continue to have an expensive year as the new merchandise just keeps on coming! Here are the latest additions. 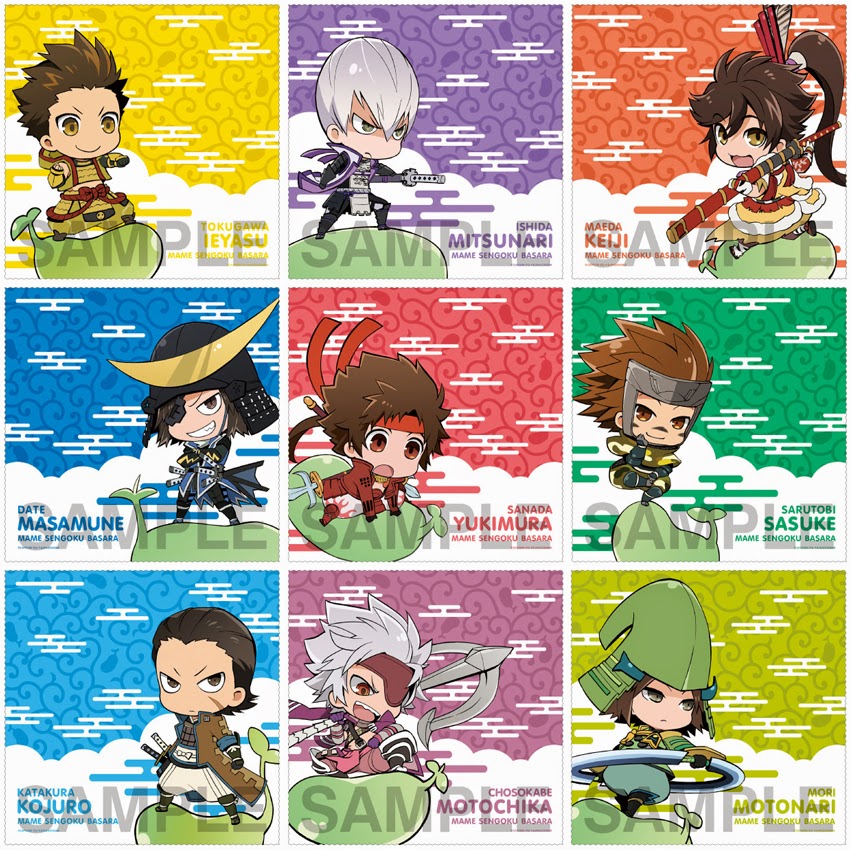 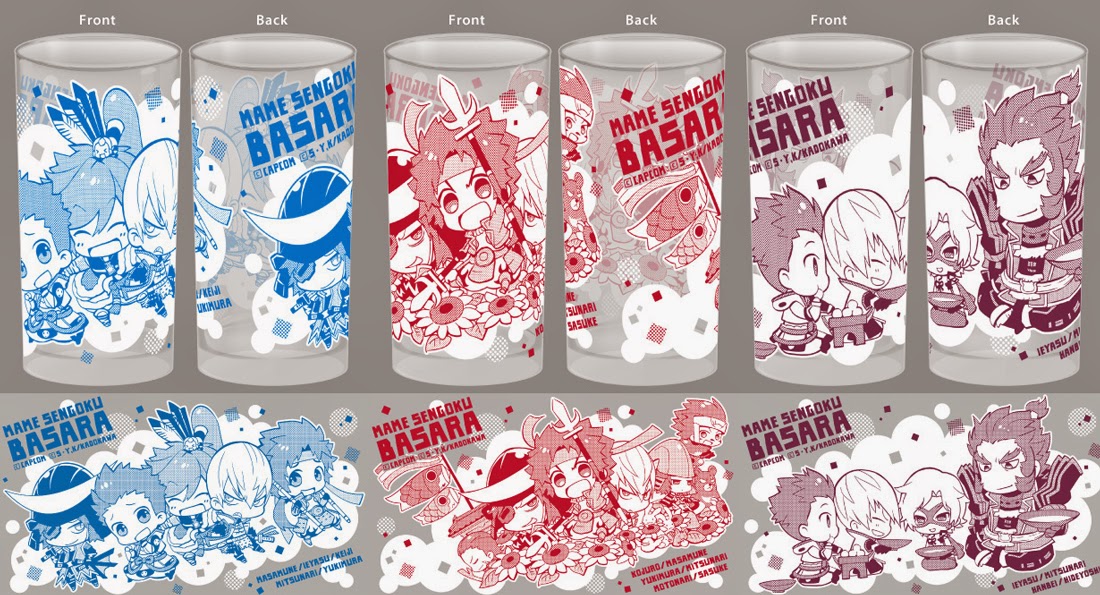 Another Mame Sengoku Basara tote bag, this time featuring Motonari and Motochika. It's due for release in December 2014 priced at ¥1,500. 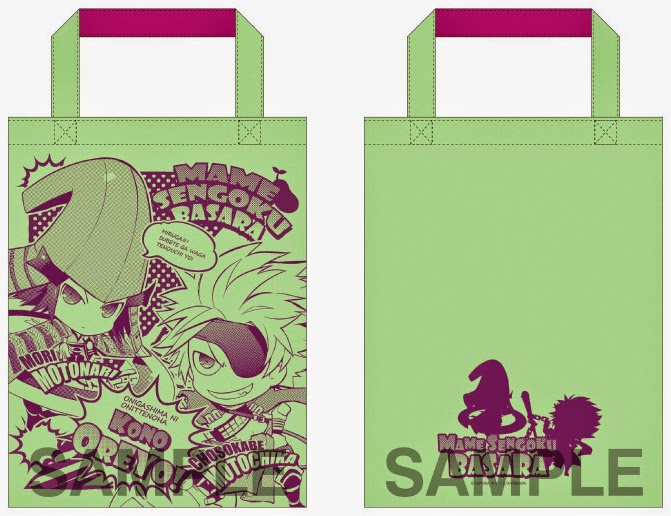 A pair of Mame Sengoku Basara sports towels priced at ¥2,000 each. They'll be released in mid-November 2014. 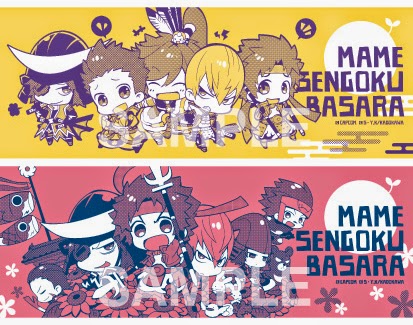 Online bookstore Manga Oh has listed a new book for release on 8th November 2014 titled Sengoku Basara 4: Saikyou-Chouhan-hen ('Western Misfortune/Cho-han Arc'). There's a note that the title is not yet confirmed but given that it perfectly matches that of the previous book I think it's safe to assume it will stick, and the content will focus on Ishida Mitsunari and Shima Sakon. Takase Mie is credited as the writer and Haibara Yak will be providing illustrations once again.

I was wondering whether the novel series would continue just the other day so I looked it up; what a coincidence!

Need something warm and tasty on the battlefield? Try this spicy houtou stew!

Takeda Shingen's delicious houtou is the latest regional dish to be made available in official Sengoku Basara 4 packaging. As the stew is a speciality closely associated with the land of Kai, the kits went on sale on 8th October 2014 aimed at the tourist market in what is now Yamanashi Prefecture. 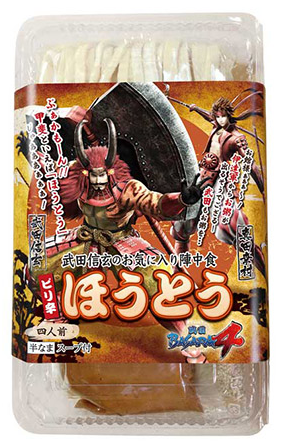 A Sengoku Basara stamp rally event will be held in Ueda

Sengoku Basara's Sanada Yukimura already adorns tourist sites all over Ueda, Nagano Prefecture, and now between 18th October and 30th November 2014 he's going to be the face of the Shinshuu Ueda x Sengoku Basara Stamp Rally ~Part 1 - Battle of Ueda: The Tokugawa Army Repelled~ campaign. There are two different ways that visitors to Ueda can participate in the stamp rally; they can either collect a stamp card and run around collecting stamps the old fashioned way to receive a B2 poster, or they can use their mobile phones to earn a smartphone wallpaper. If the mobile phone participants complete a survey they'll be entered into a draw to win one of the B2 posters as well. 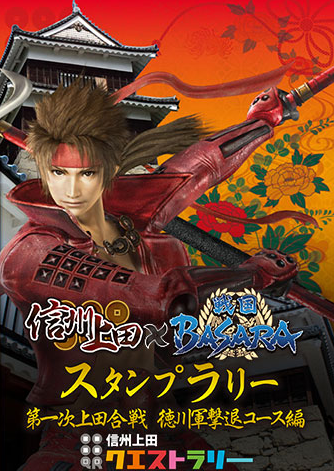 I was beginning to wonder whether the upcoming Ichiban Kuji V lottery had been cancelled as it had been such a long time since it was first announced! However, it turns out that Ichiban Kuji V: Sengoku Basara Judge End ~The Battle of Sekigahara~ is still going ahead on 15th November 2014 as planned and it's now been added to the official website. Entry slips will be sold in a variety of stores for ¥390 once the campaign commences.

In addition, the Judge End bath towels will start to appear in amusement arcades from 6th November 2014.

I'm grateful to thebasariankaoru on Tumblr for mentioning this and sharing a picture as I hadn't realised that Panini Comics had begun publishing Itou Ryuu's Sengoku Basara 3 -Bloody Angel- series in Italy under their manga label! It seems to have an official publication date of 9th October 2014, and it's probably much easier for fans in the west to obtain than the Japanese editions - at least within Europe.

The English-speaking world is definitely lagging behind when it comes to official translations of the many Sengoku Basara manga spin-off series. I imagine that the grim tone of Sengoku Basara 3 -Bloody Angel- would be reasonably popular with English-speaking manga readers even if the original game is relatively obscure.
at 12:57:00 pm