This week got off to a strange start with a supposed list of leaked game titles circulating on Twitter and Japanese forums which included Sengoku Basara 5 for PlayStation 4. Even though the main games in the series tend to be announced well before they're actually released, it seems very early for Sengoku Basara 5 to be on the horizon. I guess we'll find out more about Capcom's future plans - and whether they include Sengoku Basara 5 in the near future or not - when Tokyo Game Show 2014 opens in a fortnight's time.

In the meantime, here's some confirmed news!

First up are the Sengoku Basara Judge End desk mats priced at ¥1,200 each. There are two different designs: 'Blue Sky' and 'Opening'. 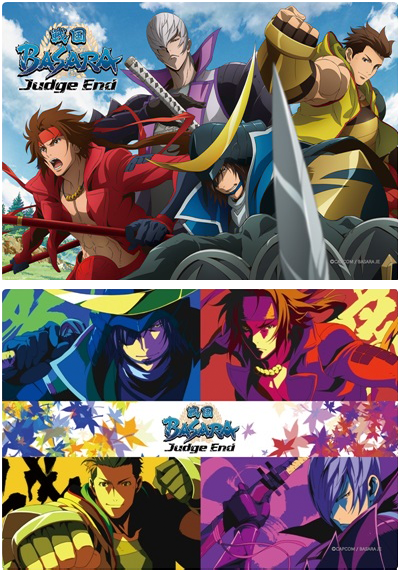 Next, a range of colourful Sengoku Basara Judge End book covers priced at ¥1,000 each. 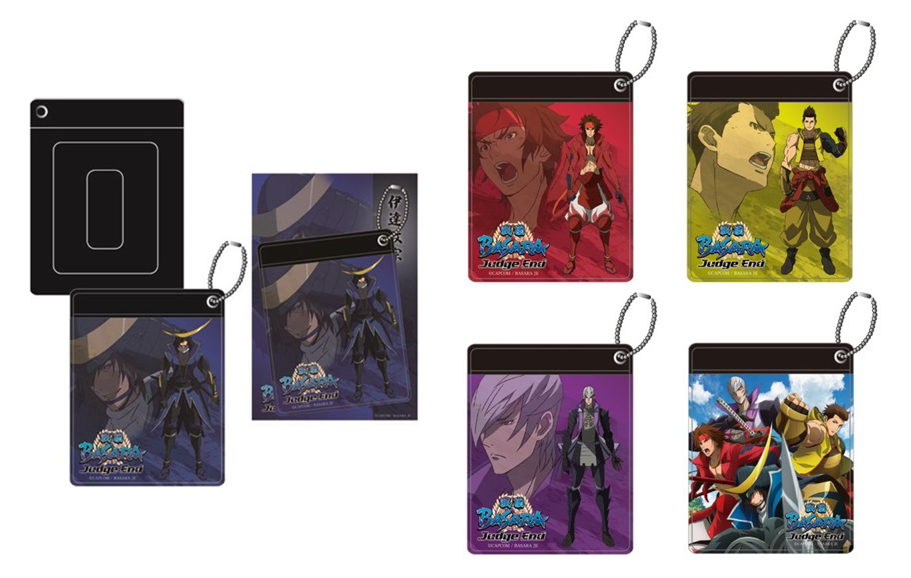 I don't have a compatible device so I can't check the new game out myself, but it looks reasonably fun. The Android spin-off went on sale on 1st September 2014 and it's priced at ¥1,500.

Speaking of the slot machine series, the official soundtrack is now available on iTunes complete with its Kageyama Hironobu theme song for just ¥900. I'm listening to the previews now and they're not bad.

The Sengoku Basara Judge End Original Soundtrack was officially released today in Japan and Amazon has added a full track list with samples of Tokuda Masahiro's score. I rather like it; the hectic action of the anime series often makes it hard to pay attention to the music but it's definitely growing on me.

Here's a list of the tracks with mediocre translations in case they're useful to someone out there in the absence of anything better (I'm not poetic enough for this kind of thing).

The soundtrack is also available on iTunes for those who prefer their music delivered digitally.

To celebrate the release of the Sengoku Basara 4 Basara Matsuri 2014 ~Shinshun No Utage~ event DVD, seiyuu Okamoto Nobuhiko recently shared some of his thoughts about the game with the official Dengeki Girl's Style website. The content of the interview is slightly different to the one he gave in last week's Sengoku Basara Magazine so here are the new parts.
There's apparently a third Okamoto interview about the event in the actual Dengeki Girl's Style magazine but I don't have that issue.
at 12:45:00 am