As promised, here's the second half of the day's news!

A summary of the latest Weekly Famitsu article

Today's Weekly Famitsu feature is much longer than usual, with a recap of all of the previous news and only a few new details scattered throughout.

By the way, the reason that I haven't been talking about the game's placement in the usual Weekly Famitsu ranking of upcoming games all this time is that it hasn't been appearing, so I'm not expecting it to sell spectacularly well. Sengoku Basara: Sanada Yukimura-den is very much a spin-off rather than part of the main series, after all.

There's not much to say about today's Capcom TV, as expected. They kindly put the Sengoku Basara: Sanada Yukimura-den segment near the start this time so producer NonakaP appeared with Ashigaru-kun early in the show. 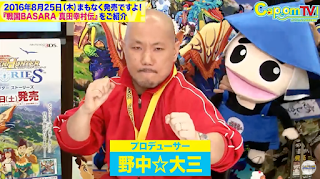 To demonstrate the game they started from the very first chapter so we got to see the stage playing out. It has already been described several times and shown in clips so there weren't any surprises, but I confirmed a few of the mission objectives for my Reference Materials master post. They also showed off the Secret Backstory: Bontenmaru's Daily Life mission which is a straightforward duel against Kojuurou.

Finally, NonakaP took Yukimura through a few of the Sanada Trials and showed us the Style selection screen long enough for me to note down some more stats from some of the Styles available. I believe I now have most of the details of every basic Style in the game - it looks as though each character has 15: 13 basic, one elemental, and one personal Style. I'll update my Reference Materials later with the full chart (which is actually going to have to be two separate charts as the amount of data is a little overwhelming).

Today's smartphone wallpaper giveaway on LINE used the keyword 観てね！ which unlocks this fetching CG artwork of Yukimura against the sky. 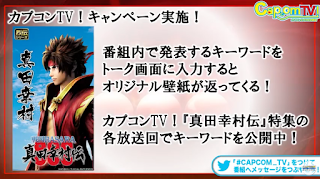 Going back to catching up on news from the past few days, the official website updated with a new section for another entry in The Action Of Sanada Yukimura-den behind-the-scenes documentary series. The second tab on the page focuses on story cutscenes from the game, and features a pair of video clips showing the game's rarely-seen director Tanaka Toshihiro talking to Sonomura Kensuke, who directs the cutscenes.

The first clip is mostly a straightforward interview, introducing their roles and how the cutscenes transition from paper to CG. The problems of dealing with the series' outlandish weapons when real actors are involved were mentioned once more.


The second clip is a little more playful, focusing on the video storyboards and motion capture process. The staff act out the scenes from the game for the camera which is cute. My favourite part was the scene with Katsuie and Toshiie...

A Shinshuu Ueda x Sengoku Basara tourism tie-in event will be held from 20th August to 4th December 2016. The free Shinshuu Ueda: Sanada Historical Pilgrimage ~Sengoku Basara Stamp-Gathering Journey~ campaign will encourage visitors to the Nagano region to pick up a stamp card and collect stamps at various tourist attractions, then complete a questionnaire. Naturally, there are some special rewards available to entice fans of the series. 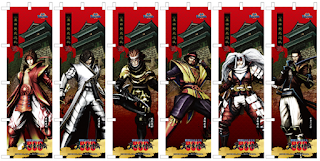 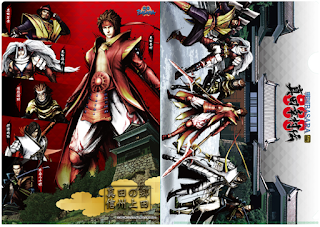 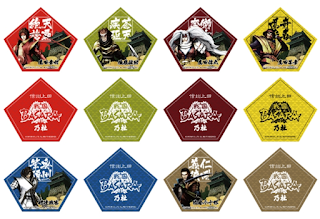 The official website for the new campaign is here. If you're in the Shinshuu Ueda area, it sounds like a fun activity!
at 5:53:00 pm