It looks as though this is going to be another week with no magazine updates. I'm not expecting any news to break next week so I guess Capcom are busy promoting the new stage play at the moment.

The last batch of stage play updates before the show commences

The Butai Sengoku Basara 4 Sumeragi stage play starts its run today, so we can expect a range of reports from the media very soon. In the meantime, there's an official video message from none other than Fuuma Kotarou:


There are also a few more videos (with actual speech) on the official YouTube channel here. The actors talk about their characters and it's a good opportunity to see their costumes up close. Fujita Ray's Katsuie looks better than ever.

I hope that I receive a response from the production company about a wider release for the DVD versions soon...

It wouldn't be a Sengoku Basara tie-in without a selection of new merchandise to buy, and Butai Sengoku Basara 4 Sumeragi should satisfy fans of the performers with its offerings. First in the list is the official 34-page A4 programme for ¥2,000: 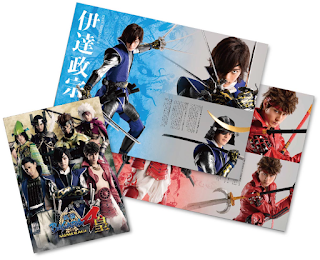 Thirteen different five-piece sets of photographs of the actors and actresses for ¥1,000 each: 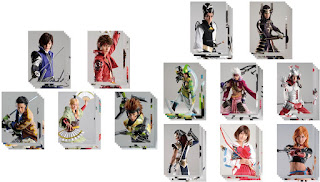 A muffler towel covered in weapon designs for ¥2,000: 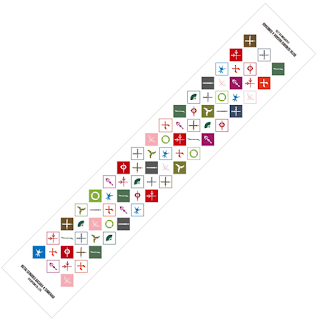 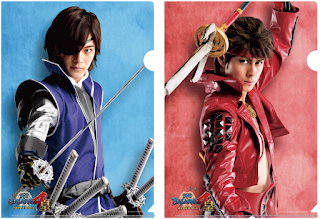 And thirteen different randomly-packed 56mm tin badges for ¥300 each: 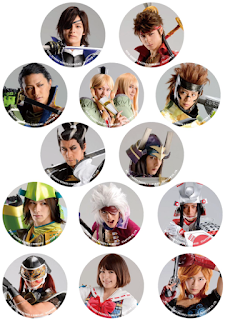 To celebrate the stage play's run, the Roppongi branch of the Pasela Resorts karaoke and entertainment chain - which happens to be very close to the theatre - is offering a special menu until 7th February 2016. Most of the dishes have appeared in the past at other Pasela venues such as the Three Monkeys Cafe tie-in and karaoke menu last year. Fans who order the Sengoku Basara food and drinks will receive one of forty different character coasters with each item. 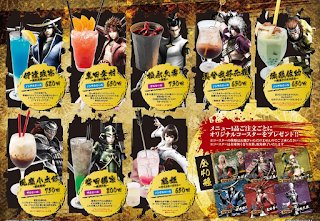 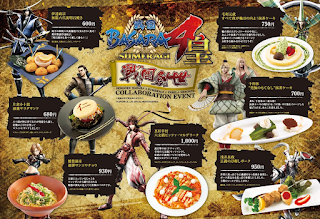 Cover artwork for the next Sengoku Basara drama CD release

The Animate TV website has posted preview images showing the cover artwork for February's new drama CD. Drama Yose CD Sengoku Basara -Tokugawa Ieyasu & Ishida Mitsunari- has an eerie theme which should suit the storyline that was teased where Ieyasu, Mitsunari, Sakon and Katsuie all end up taking shelter together during a storm. It's not really the season for ghost stories but that's the atmosphere we seem to be getting! 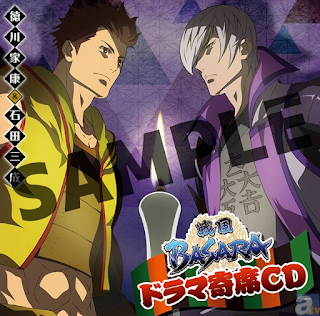 The preview also includes a sample of the illustration used for the Animate-exclusive keychain for this volume. 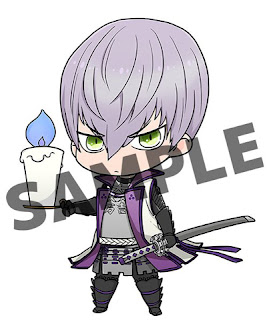 Animate has published an interview with seiyuu Ishida Akira (Takenaka Hanbee) and Hoshi Souichirou (Sanada Yukimura) to accompany the second episode of the Sengoku Basara -Nekketsu! Yose Raji!- ('Sengoku Basara: Hot-blooded! Variety Theatre Radio!') radio show. It's very short, but Hoshi mentions that he'd like to have Sen No Rikyuu's voice actor Sakurai Takahiro on the show and Ishida hints that they'll probably be able to share more information about the new Sengoku Basara: Sanada Yukimura-den game as times goes on.

Well, that's all for now! I'll be travelling for the next few days - an attempt to recover from my recent period of overwork - so updates might be even slower than usual. I'm still looking forward to hearing more information about the new game as soon as it's available.
at 12:15:00 am