There hasn't been much news to report since the anime update earlier this week. The Date Matsuri event has ended over at e-Capcom, and in its place they're now running a Takeda Matsuri instead to highlight products featuring Yukimura, Sasuke and Shingen. There's also going to be a new weekly broadcast called Capcom TV starting next Wednesday at 20:00 (Japan time). It's described as being a live show which features information about all Capcom games, so it wouldn't be unthinkable for them to use it to promote the anime.

Since it's the last opportunity for traditional Sengoku Basara: Judge End coverage before the anime begins airing next month, I splashed out and bought four different anime magazines. All of them were released together on 10th June 2014 so they arrived in a satisfyingly hefty box. 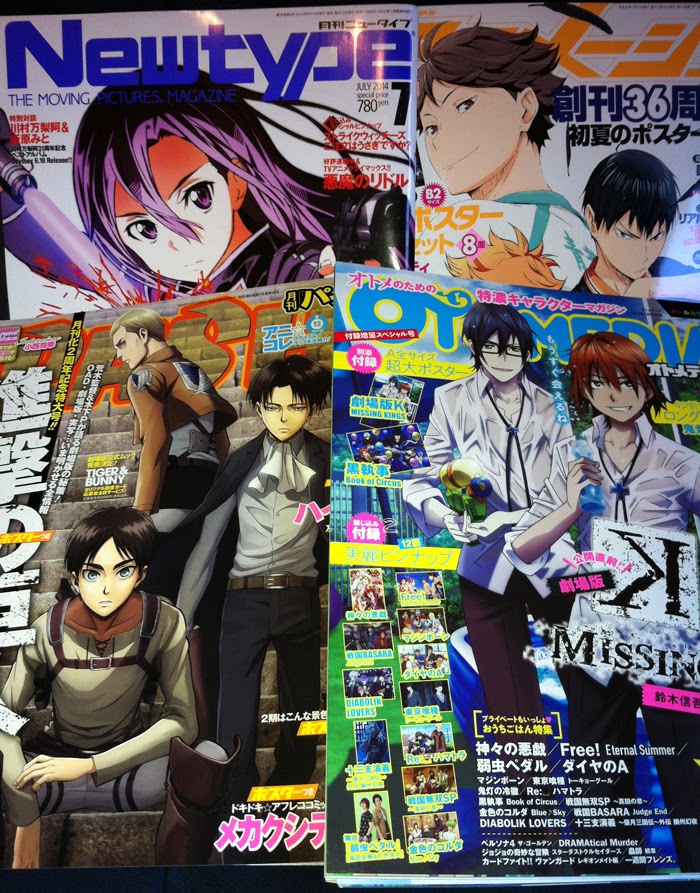 First of all, Animage and Newtype were big disappointments with no exclusive coverage at all - you would have had to look hard to even notice their tiny news bulletins announcing the latest details. It's a good thing they both contained content about other series I like.

Since the more mainstream magazines weren't devoting any serious time to Judge End, I switched my focus to the female-orientated books. Things picked up with PASH! where there was a proper article announcing the six newest additions to the anime's cast (Kojuurou, Sasuke, Shingen, Yoshitsugu, Hideyoshi and Hanbee). The promised fold-out poster was also included. Since they tweeted a picture of it themselves I'm going to assume it's fine to post a small photograph here. 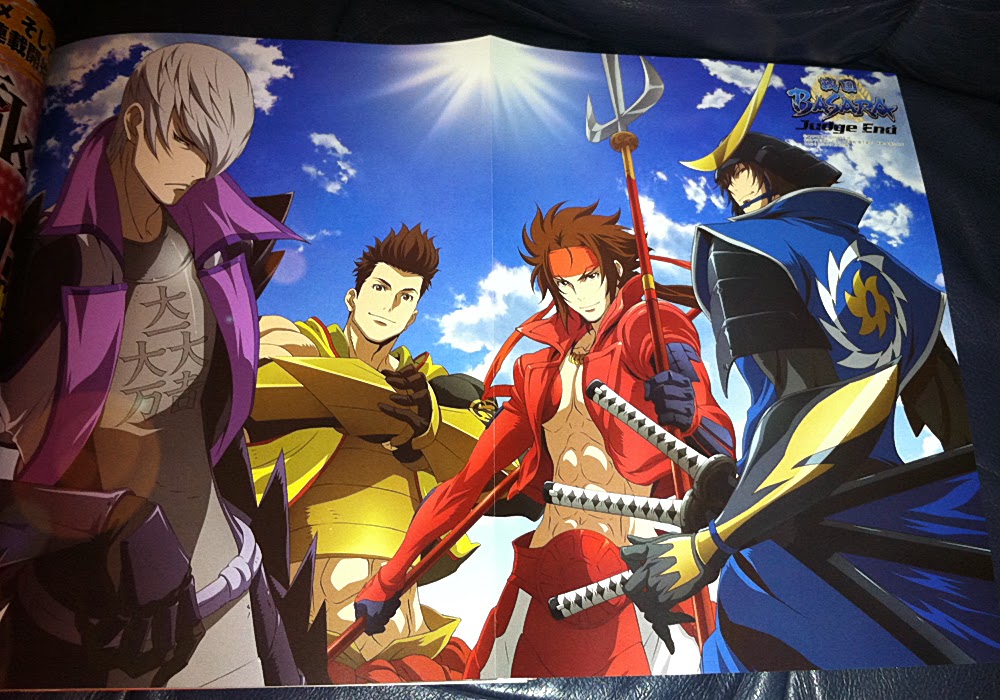 I really like the illustration they used. Since Ieyasu doesn't appear anywhere else in the magazines I took a little picture of him on his own.

The last of the four magazines was Otomedia+ which swapped the blue skies for a rainy scene. A pull-out poster was included at the back of the magazine with a textless version of the same image. 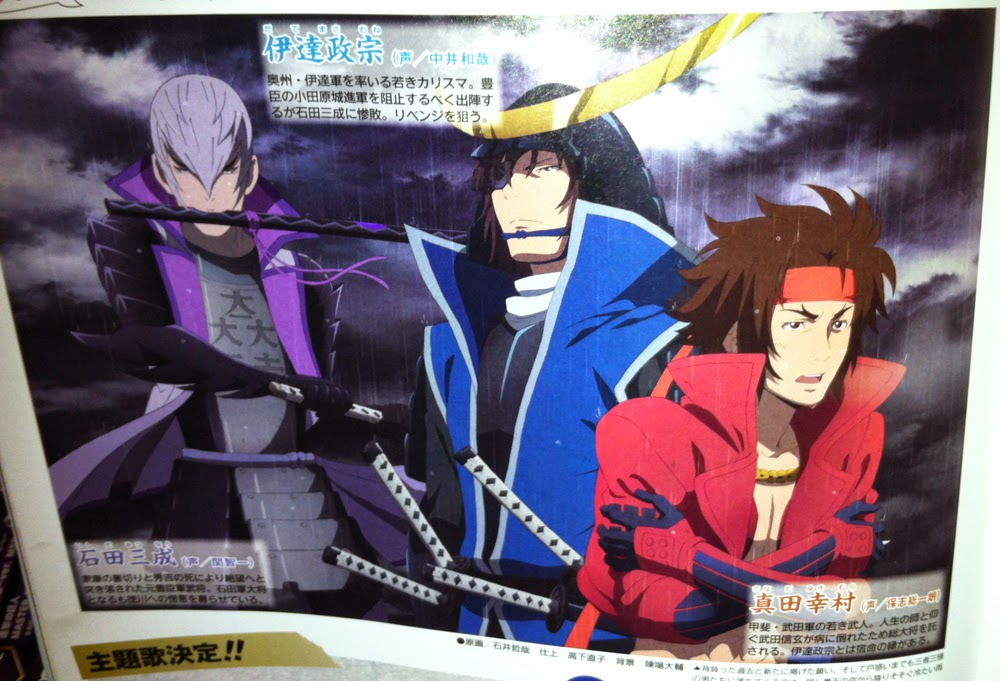 Otomedia+ had the best Sengoku Basara: Judge End article of the lot. There was a long interview with Sengoku Basara series producer Kobayashi Hiroyuki (KobaP). Most of it repeated content we've already heard but there were a few new comments and clarifications which I may as well summarise:
Speculating further on what he says, it sounds as though they might avoid using the Oda storyline (as in Sengoku Basara -The Last Party-) as the climax this time around.

The interview ended with a lighthearted column where KobaP shared his knowledge about how the four leads might spend a rainy day.

Date Masamune: My image is of Masamune looking at the mountains of Oushuu from the passageway (engawa) of his residence as Kojuurou worriedly checks the state of his vegetable garden.

Sanada Yukimura: Since Yukimura-kun isn't the kind of person who can keep still, I get the feeling that he'd be happy to go outside and train his body.

Tokugawa Ieyasu: He would probably be thinking about the Tokugawa army and the whole of Japan, right? Perhaps the image of a figure writing with a brush while sitting in a tatami mat room suits him...

Ishida Mitsunari: If it was back when Hideyoshi was alive, he could train indoors. Or he might stay beside Hideyoshi and Hanbee and listen to their discussions.

Perhaps there will be better coverage in July because it feels as though the series need a lot more promotion! Hopefully there'll be something in Dengeki Maoh and the weekly magazines as the anime's debut approaches.
at 11:37:00 am