Time is passing by too fast for me. It's difficult to keep up, yet despite some travel I managed to complete all of the shows I was watching in the spring anime season. It looks as though Crunchyroll has lost its monopoly on content at this point, with me finally subscribing to another platform ready for summer to avoid some of the blocks on exclusives the industry seems obsessed with inflicting upon us. What a pain. 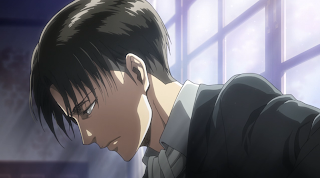 I'll talk about it more in my summer 2017 post, but I ended up picking up Re:Creators right at the end of the season after finally gaining access to it. Everything else is largely unchanged from my first impressions post so here is my top three:

Not a big change there, except that somehow Berserk's terrible animation trounced SukaSuka's melodramatic romance in the final ranking. It wasn't the most life-changing season. All three of those shows are sequels!

Berserk (season 2)
This whole season was all-new Berserk content since I haven't picked up the manga. The series has such a strong atmosphere that I'm persisting with this adaptation even though the clunky CG animation does absolutely nothing for me. It seems as though the staff have tried to improve the overall presentation this time around, with a noticeable increase in key moments being hand drawn rather than relying on the lifeless computer-animated facial expressions alone. The show would look so good with a more traditional style...

However, there's not much point in fixating on the visuals and lamenting my inability to take a single flattering screenshot of Serpico for the sample image below. This season advanced the storyline quite significantly, and even though the finale was a low key episode which mostly served to flesh out young witch Shierke's character, I find myself hoping that we'll be getting more Berserk anime in the near future. It's tempting to switch to the manga - except that its constant postponements make me feel that it may be better to wait until the story is closer to completion.

Bonus award: Best ending song of the season. I didn't really think much of it at first but somewhere along the way I became hooked.


Kenka Banchou Otome: Girl Beats Boys
As expected, this spin-off of a spin-off was a fun diversion and little more. Our heroine managed to triumph over all kinds of silly situations and earn the respect of thugs from all walks of life in her rough all-boys school, despite being flung into that environment with no warning just a few episodes earlier. It suffered from the same cringe-inducing awkwardness that afflicts all series of this type, in that I couldn't help worrying about what would happen when she finally revealed she was lying to everyone many years in the future, but realistic psychological drama isn't what Kenka Banchou Otome is about. The artwork was pleasant and the guys who flocked to the lead's side were all likeable in a dumb, straightforward kind of way. I enjoyed it. Probably one of the better fluffy otome game adaptations of its type in recent years.

Bonus award: Most ridiculous climax, in the form of a bunch of hyper-masculine guys baying for their tough leader to strip naked and show them his masculine credentials. Ok then.


Oushitsu Kyoushi Haine (The Royal Tutor)
Nowhere near as dark as I hoped it would get, but a pleasant watch nonetheless. Oushitsu Kyoushi Haine is rather more like Ouran Koukou Host Club than the decadent tale of politics and dark histories for which I was probably longing. Setting aside my unreasonable cravings for sinister storylines, the ending did feel a little weak; they had to go with an anime-original resolution since there wasn't enough material to tie everything up neatly otherwise, which meant the ongoing mystery of Haine's past was wrapped up more simply than I'd expected and the dark machinations of the attractive antagonist were never resolved. Still, as a short series focusing on Haine's bond with the four princes, it certainly did the job and provided a weekly dose of fluffy, inspirational camaraderie. The hedonist Licht was probably my favourite of the main characters. He definitely seemed to be the brightest, underneath his cheeky exterior.

Bonus award: Most amusing use of silly chibi transformations for comic relief. In every episode.


Seikaisuru Kado (KADO: The Right Answer)
The wonky CG improved a lot over the course of this quirky series, to the point where I didn't notice it by the end. That might have been helped by the fact that the plot was absolutely bonkers. What started as a mundane disaster show about government negotiation reminiscent of something you might see in Master Keaton or Yuugo: Koushounin (Yugo The Negotiator) ended up taking many twists and turns over its single-cour run, incorporating magical girls, betrayals, philosophy, conspiracies, aliens from another dimension, made-up science and more magical girls. It attempted to raise philosophical questions on free will, traditionalism and global cooperation, peppered its dialogue with nonsense technobabble and kept bringing back the annoying scientist who could barely put a single coherent sentence together. It should have been a complete mess, but somehow it more-or-less worked. I didn't like any of the characters, thought the ending was stupid and couldn't handle the way it struggled to decide whether it was aimed at an older or younger audience, yet I watched every episode and winced through some of the cheesier one-liners at the end perfectly happily. An oddity. Even though it's not going on my top ten list any time soon, I'm happy that studios are able to experiment with this kind of show now and again.


Shingeki No Kyojin (Attack On Titan season 2)
No surprises here in the story since I've already read the manga in its Crunchyroll serialisation, but the dramatic tension seeing everything animated was definitely an improvement! It's also synced up well with the current chapters in the manga run, with the anime refreshing my memory of some earlier events at a perfect time for their effects to be felt later on in the continuity. The biggest surprise is probably how much actually happened; I thought that this season would progress the story much farther than it did even though no time was wasted in this grisly tale of man-eating titans and their prey. Shingeki No Kyojin fever is definitely subdued compared to the way fans raved about it during the first season's airing, yet overall I feel that this adaptation has been handled well. Hopefully future seasons will keep building momentum instead of leaving fans to subsist on terrible live action movies and other spin-offs rather than continuing the plot.

Bonus award: Highest body count; my favourites are all still hanging on but pretty much anyone else who appeared this season ended up as titan food sooner or later.


SukaSuka: Shuumatsu Nani Shitemasuka? Isogashii Desuka? Sukutte Moratte Ii Desuka? (WorldEnd: What Do You Do At The End Of The World? Are You Busy? Will You Save Us?)
SukaSuka didn't end up going in the direction I was hoping at all, and it probably incorporated more of the standard light novel fantasy tropes than I'd have liked. However, I enjoyed it. There was a deep-rooted humanity to hero Willem and his efforts to protect the naïve squad of 'Leprechauns' which rose above the usual bland heroics we see every season from this type of show. The central relationship between Willem and Ctholly built up quite quickly, with the wartime setting and high pressure lifestyle of the leads contributing to their whirlwind romance. Perhaps it would have made more of a mark if the series had run twice as long, allowing enough time for the usually-interesting setting to be explored further and the flashbacks to Willem's old life to develop more. I still feel as though I have a lot of questions about minor characters and background details which were mentioned once without ever being explained in full. Heck, in the process of writing this short description I noticed that Grick the borgle (a green-skinned oni race) is meant to be 15 years old; huh? I thought he was closer to my age! SukaSuka could definitely do with further adaptations, presuming that the novels contain additional content, or at the very least I'll be interested to see what else the original creator comes up with in future.

Bonus award: Worst title of the season. I will never remember what this show was called.


Uchouten Kazoku 2 (The Eccentric Family season 2)
A wonderful sequel which successfully recaptured the charm of its predecessor. Uchouten Kazoku has everything; laughs, drama, fantasy, action, and even a dash of romance this time around! Yajirou finally gets a (slightly) bigger role as well, which I appreciated since he's one of my favourite foolish tanuki brothers. It's crazy that this series can be so addictive when it's about nothing more serious than a bunch of tanuki and tengu bickering with one another, yet it has just enough twists and turns in the plot to make it compelling viewing whether the story revolves around actual peril or just another one of Yasaburou's ridiculous schemes. The exaggerated visual style also works very well for me. I hope that it receives a western release even with the previous licensor (NISA) currently out of the picture when it comes to anime. It would be a great shame for this sequel to linger unlicensed when it deserves to be seen by as many people as possible.

Bonus award: Best couple, for Yasaburou and Kaisei. Or at least they will be when they finally get together once and for all.


Warau Salesman NEW (The Laughing Salesman)
There's no real change in how I feel about Warau Salesman NEW because nothing really changed over the course of its run; every week, without fail, the salesman would pay a visit to normal people who objectively had nothing wrong with their lives. And with a little gentle prodding, he'd turn their everyday minor complaints into triggers for the ultimate in life-ruining decisions. It's a simple formula yet there's so much social commentary to be found beneath the sadistic surface that I could probably write a full post analysing the show without getting bored. Many of the plots deliberately updated the classic feel of the series to make them more relevant to the modern world, with the salesman even intruding on the Internet in the final episode. I'm really in the mood for more Jigoku Shoujo now, which is very convenient given its long-awaited return next season!

Bonus award: Best opening. The music, the creepy, surreal, referential visuals - I love it all.

Ok, time to embark on the summer season! On top of my three continuing simulcasts (Nobunaga No Shinobi, Boku No Hero Academia, Sakura Quest), there's at least one sequel that I know I'm going to love, and I'm sure there will be plenty of other gems to discover once I've waded through Crunchyroll's listings. 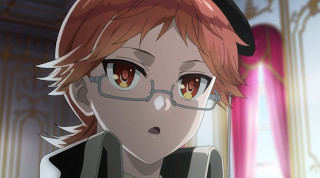